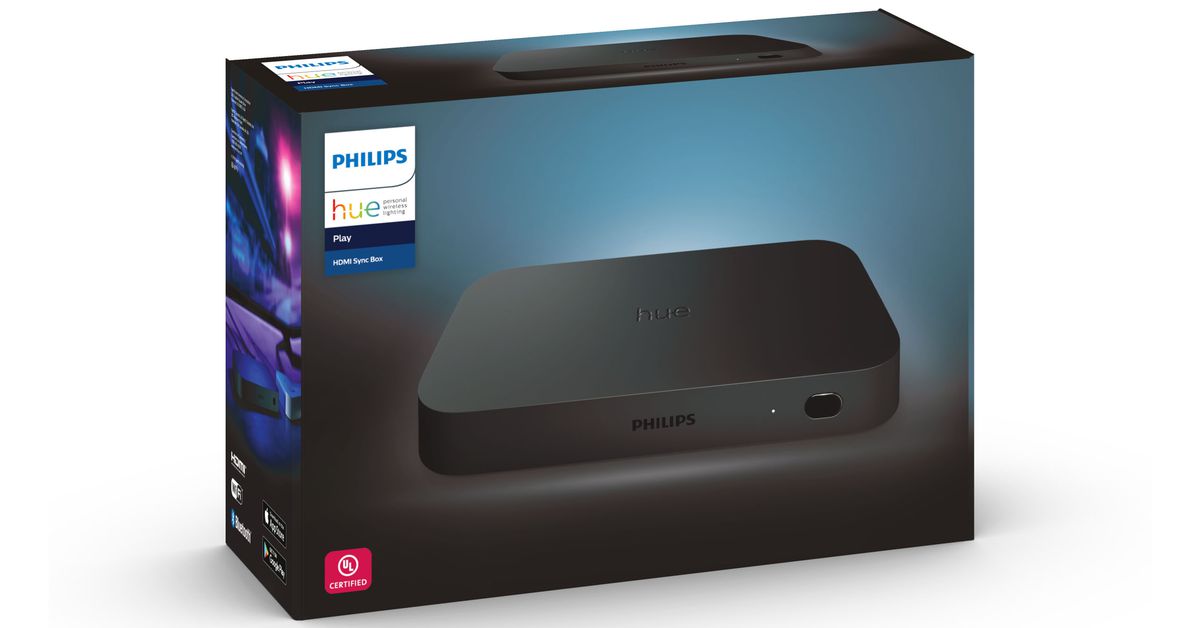 The box that syncs Philips Hue lights with whatever’s on your TV is getting a big update today: it now supports two major HDR standards: HDR10+ and Dolby Vision.

At launch, the longly named Philips Hue Play HDMI Sync Box could analyze content playing at up to 4K at 60Hz, but it only supported regular HDR10. For people with newer TV sets or who are serious about home theater, that’d be a major miss, since the HDR10+ standard and Dolby Vision are now more common and offer better image quality. Until now, the box has just done nothing when those higher-quality signals were passed through.

After today’s update, the box should work with a lot more systems and content. The device analyzes pretty much any video content that’s being passed to your TV, figures out the dominant colors, and then constantly changes nearby Hue lightbulbs to match the color. It’s supposed to provide a more immersive experience while gaming or watching movies. (Though your enjoyment, I’m sure, will vary — I can imagine the effect growing tiring.)

The Philips Hue Play HDMI Sync Box sells for $230, though it currently appears to be out of stock at a number of storefronts, including the Philips Hue website.