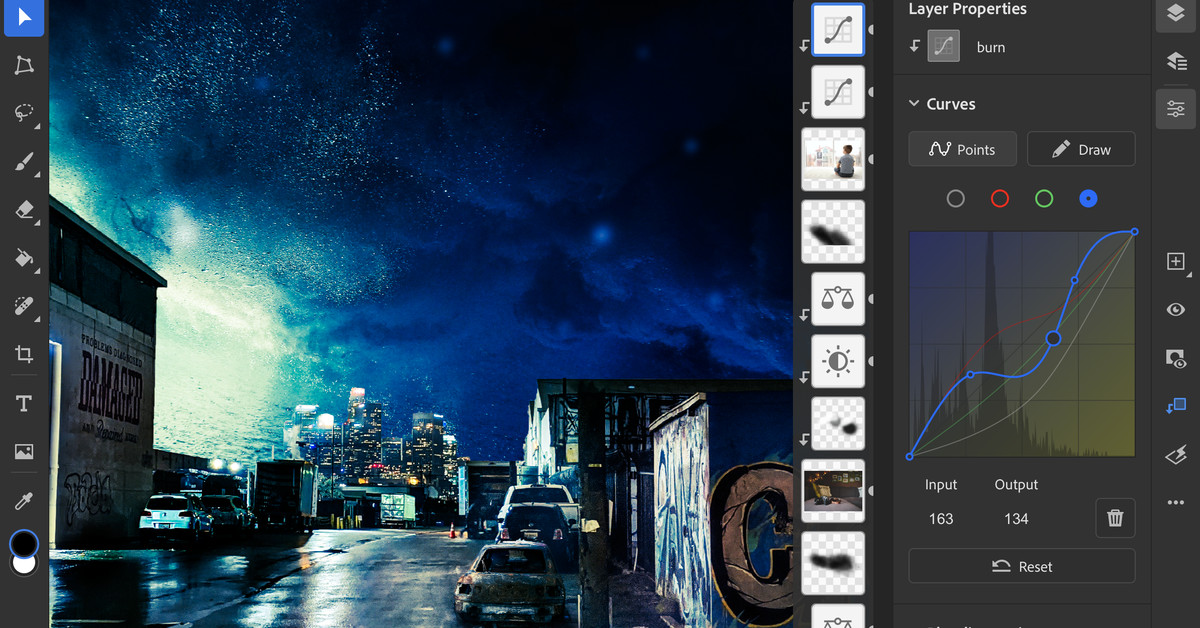 Adobe is updating Photoshop for iPad with two key features today: more flexibility for the Pencil stylus and the addition of curves.

Photoshop now lets you adjust pressure sensitivity when using the Pencil stylus, which should make it easier to control the width of each brushstroke. The app increases the size of the stroke when you press down harder, but Adobe says some people found the system to be too sensitive. Users will now be able to adjust how quickly it transitions between thin and thick brushstrokes.

The other big change is the addition of curves, giving users a powerful way to adjust contrast and color channels. Curves is a standard feature in pro image and video editing apps, and the tool’s initial omission in Photoshop for iPad was a notable one. Now that it’s here, Adobe says you’ll be able to make tone adjustments for all channels and create multinode adjustments to dial in more specific changes. Numerical inputs for more specific adjustments and an eyedropper tool for making selections straight from the image will be available “soon in a future release.”

Photoshop for iPad debuted in November 2019 to criticisms from users who found the app lacking many key features they’d come to expect from the powerful image editing app. Adobe responded by promising quick feature updates, and it’s continued to put out small additions one by one, adding features like the handy Subject Select tool and improved Adobe Fonts integration. Curves is one of the first must-have missing additions, continuing the slow path toward making the iPad version of Photoshop something that can actually hold up as an alternative to real Photoshop.