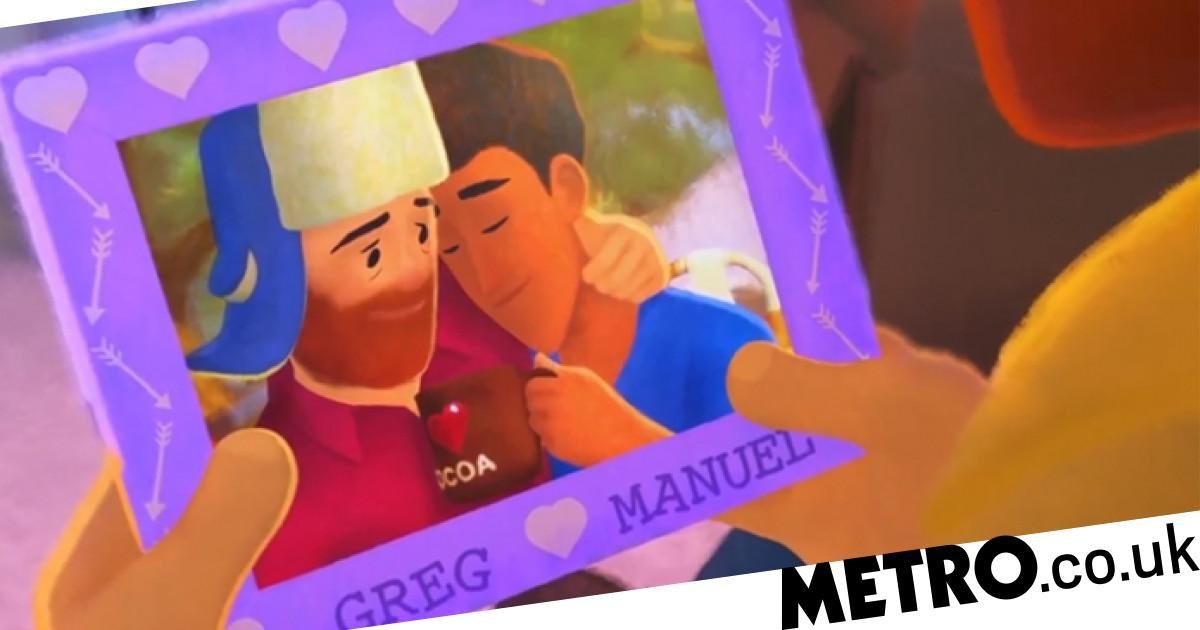 The Disney+ SparkShorts series arrived this week to ruin our lives and our mascara with the story of Greg as he moves in with his boyfriend Manuel.

Titled Out, the story follows Greg – who isn’t out to his parents – as he gets help from a pair of fairy god-pets (a cat and a dog that appear on a rainbow).

As Greg’s parents arrive at his doorstep, he swaps bodies with his dog, Jim, and tries to hide a framed photo of him and his boyfriend Manuel hugging from his mum.

However, he begins to realise that maybe there’s nothing to hide after all.

Out was directed and written by Steven Clay Hunter and was produced by Max Sachar.

Steven has worked in animation and visual effects on Finding Dory, WALL-E, Brave, and Toy Story 4.

Pixar’s Onward was the first feature film to include an LGBTQ+ role in the form of Lena Waithe’s cyclops cop Officer Spector, who mentions her girlfriend.

Before Greg transforms into his dog, he is seen convincing himself that it won’t be so hard to come out to his parents.

Out is a part of Pixar collection of six animated independent short films streaming on Disney+.

‘These films are unlike anything we’ve ever done at Pixar, providing an opportunity to unlock the potential of individual artists and their inventive filmmaking approaches on a smaller scale than our normal fare.’

MORE: Bob Geldof’s grief over death of daughter Peaches is ‘impossible to define’