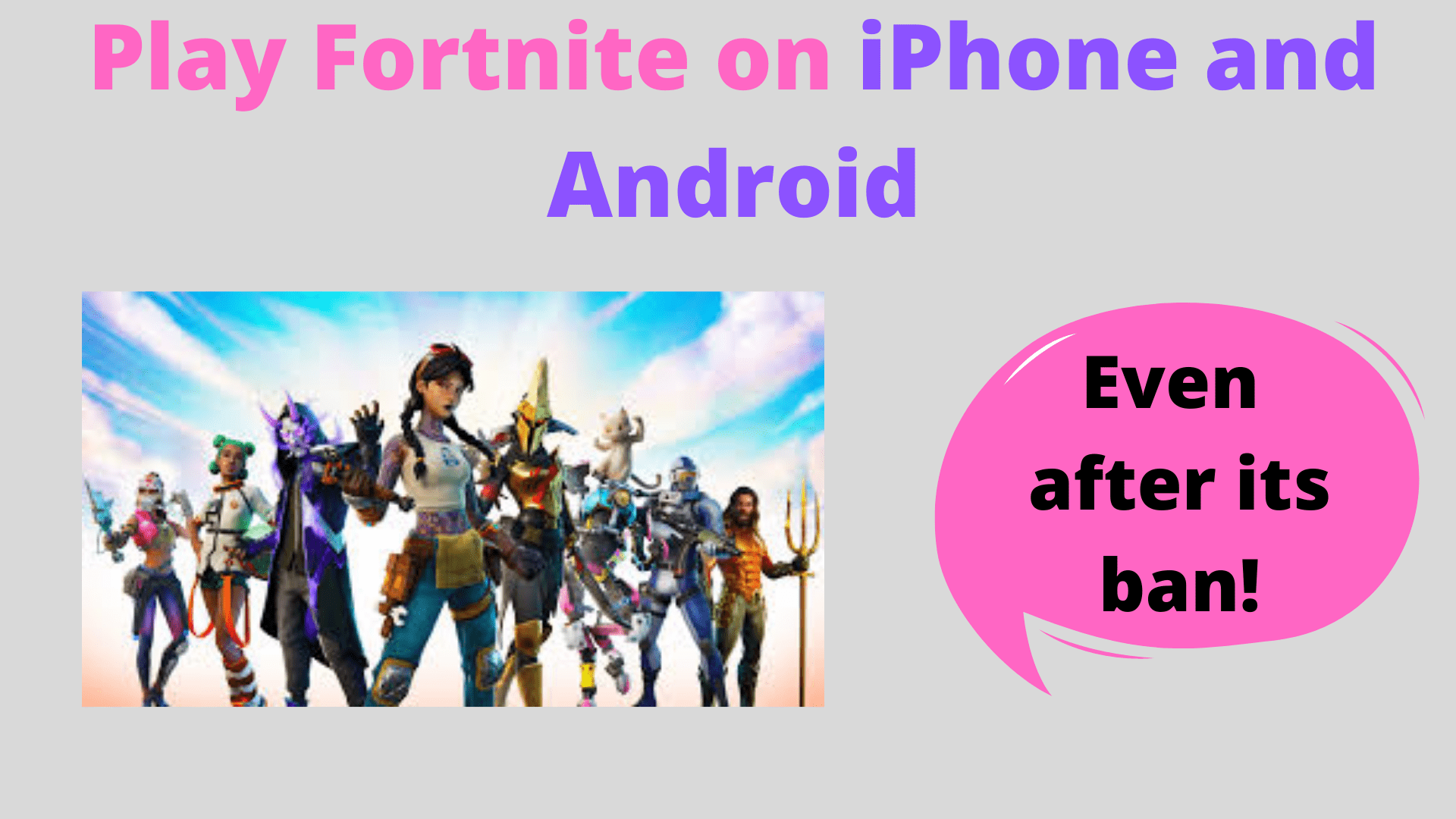 Epic Games, Fortnite has banned by Apple and Google because the game is accepting real money from the players. The case is in court right now! Scroll down to read more.

Do you know the exact reason why the most renowned firms took such a decision? Can players still be able to play the game once again right now? Do you want to know Play Fortnite on iPhone and Android, even after its ban? If yes, go through the article below and get answers to all your queries. However, the app is no longer available on Google plays store and App store for download and play. Amid the dispute, addicted players still want to play Fortnite on iPhone and Android phones and today we are here to share the same.

Fortnite is Epic’s Battle Royale game that is played by around 300 million people worldwide. In the game, a group of 100 players fights with each other using their weapons. They gather resources and build defences, and the last one stands out of 100 will win the game. The gameplay is really interesting and engaging then what makes google and apple ban the epic’s game!

The matches take about 20 minutes to complete and the players can start the next game as soon as finishing the previous one. The battle royale mode is free to play but the Save the World mode requires real money to play. Moreover, in-game purchases are there in the game and that has become the reason for the ban!

In-game purchases needed to buy different avatars or any weapon. Get new challenges every day and win various rewards.

Sony’s PSVR 2 Coming Soon Or Not? Check All Details Here !!

What is the reason for Fortnite ban?

Apple and Google announced to remove Fortnite’s game from their stores. This doesn’t stop here and Epic is now suing both the companies over the step. The companies stated that the game has violated in-app payment guidelines.

What actually happened is, Apple and Google confirmed that a direct payment feature rolled out on the Fortnite app on August 13 as the violation. Epic used in-app payment systems that gave Google and Apple a large share of any funds generated from player purchases.

See Here what Apple and Google are saying:(Directly from sources)

Apple said “Today, Epic Games took the unfortunate step of violating the App Store guidelines that are applied equally to every developer and designed to keep the store safe for our users. As a result, their Fortnite app has been removed from the store. Epic enabled a feature in its app which was not reviewed or approved by Apple, and they did so with the express intent of violating the App Store guidelines regarding in-app payments that apply to every developer who sells digital goods or services.”

Whereas Google stated: “The open Android ecosystem lets developers distribute apps through multiple app stores. For game developers who choose to use the Play Store, we have consistent policies that are fair to developers and keep the store safe for users”.

Other Piece of news

iPhones filled with the banned Fortnite app are on sale for up to $10,000 on eBay.

A mother was desolated after her Fortnite addict son splashed $20,000 on Twitch live-streamers.

How to Play Fortnite on iPhone and Android, even after its ban?

The other way to download the game is for Samsung phone users. They can download the app through the Samsung store.

However, iOS player if have downloaded game on their phone they can play but no updations will be added. Suppose they have the latest Fortnite chapter 2 season 3 on their phone, they can play the game but the new coming release on August 26 will not then be added anyway.

I hope you would like this information and find it beneficial as well. Mention in comments what do you think about the case! Is it a fine step from Google and Apple?