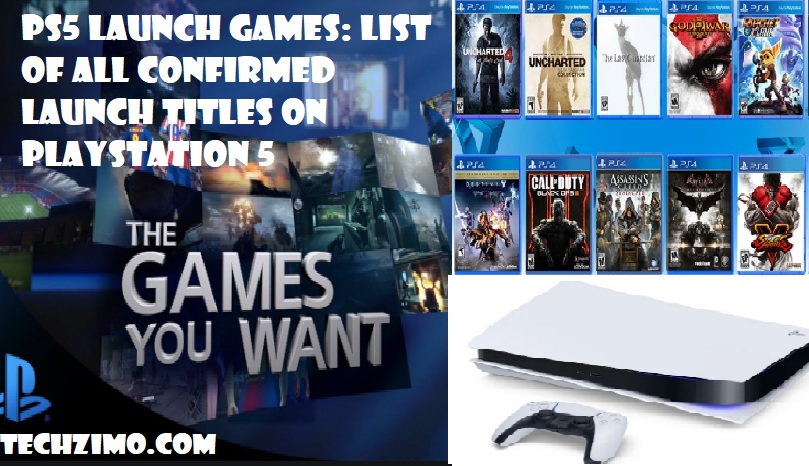 Hey Readers, PS5 launch games are all set to rock your September 2020. Isn’t it a piece of great news. Finally, some good things are on the way to happen in this most the tragic year of 2020. A broad array of gamers are very excited and at the same time feeling nostalgic as they have to decide which next-gen console to go for since many PS5 launch games are lined up.
The PS5 launch titles lineup was looking a bit lean. But nothing to worry folks, As we are here to help you know what’s coming next and which PS5 launch titles can’t be missed at any cost.

When It will be available?

PS5 launch games will be available when the console will be out that is around Christmas 2020. But the list of games is coming with the new PlayStation Plus collection, including Bloodborne, God of War, and The Last of Us.

Many of the games have been confirmed by the developers that will be a part of the PS5 window.

Games available at the launch of the PlayStation 5 include:

Here are the first-party games – which have been made by Sony’s own studios – coming to PS5, and in some cases, PS4 as well:

Not only exclusive PS5 launch games will be a part of it. In fact, many third party PS5 launch titles will be an important part of it and will be released around the time of the PS5 launch date.Not only this but also many games that have been launched earlier will also get a quick update and will have the advantage to feature PS5 unique gaming.But this facility of upgradation will be limited to selected games only. Some of the games that have been confirmed by the developers that will get optimization with the launch are :
This includes the following games:

Like every other stuff, PS5 launch games are also coming with its premium collection. The Playstation Plus collection is for the pro gamers who are not satisfied with the basic games.

PlayStation Plus users will be allowed to download and play a large library of PS4 games at launch, which includes the following PS5 launch titles:

This is all about PS5 launch games and all the exclusive PS5 launch titles that are going to make your Christmas a happening one. I hope you would like this article. Do share your views in the comment section.