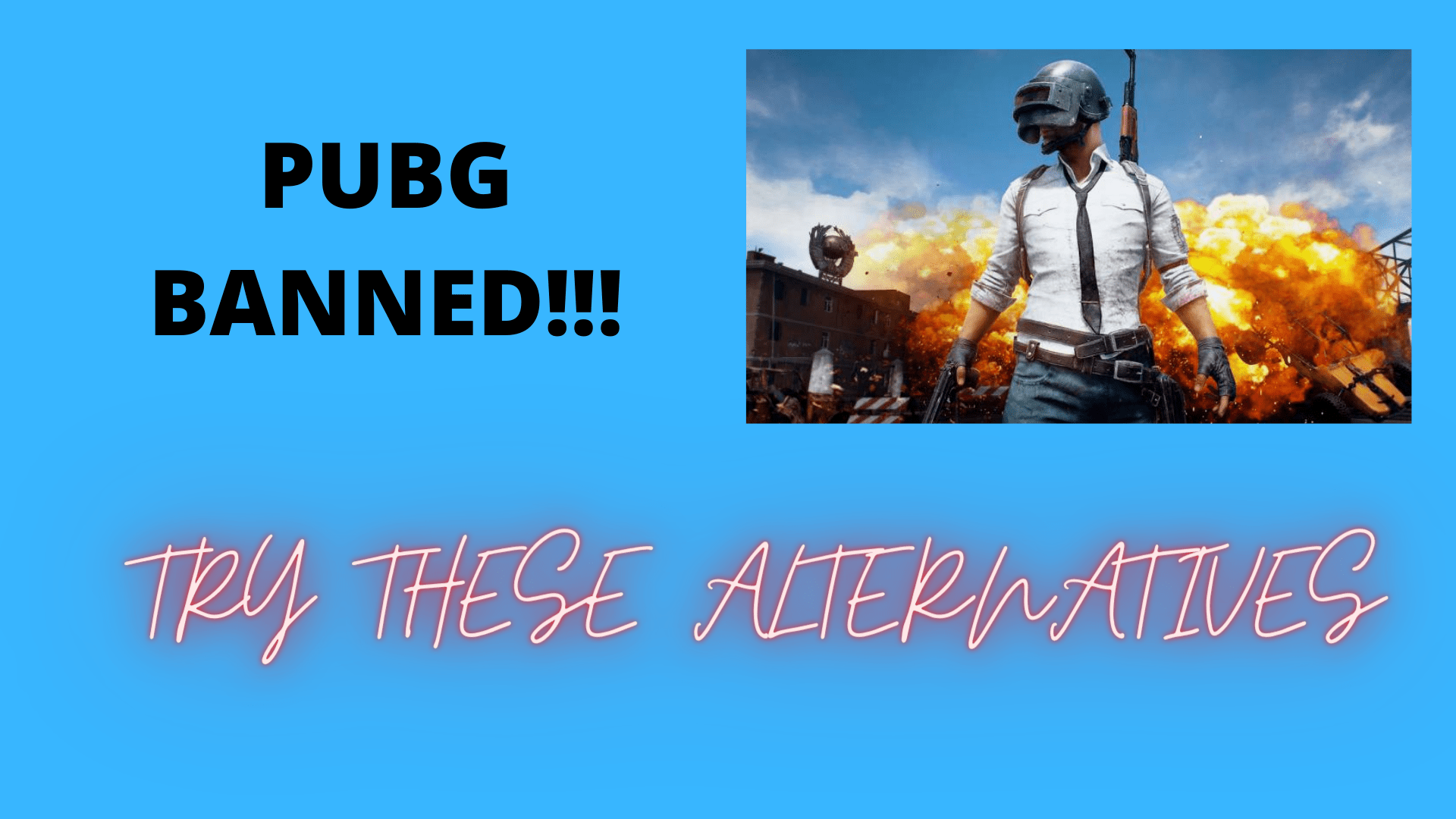 One more shock for Chinese app users, PUBG Banned! After India has banned 59 apps at the end of June, Now one month after 47 more Chinese apps have banned in India. A list of 275 apps are under surveillance and PUBG is one of them. Players are very crazy at PUBG and millions of players have downloaded this Battle Royale game on their phones, more than 175 million downloads. PUBG is a very addictive game and thus this news left people in despair. So, To ease out their difficulty, today I am here with games like PUBG.

PUBG is a very popular online game PlayerUnknown’s Battlegrounds. The game has gained a lot of popularity and it has broken numerous records over the previous year. The game is available on Android and iOS. The gameplay revolves around Surviving and becomes the winner. There are many mobile games that appear to run with the same setup as PUBG, here are some of the PUBG alternatives that you can try out pleasantly.

PUBG is a Chinese app and India has taken a step to ban Chinese apps. The reason behind this is are security concerns. It has been said that China has stealing India’s data through its apps unknowingly. Chinese apps ask for some permissions after downloading the app that looks clean but still, it’s telling the data. The data may include your personal information and Banking information as well.

So, if you have been using 59+47 Chinese apps, uninstall them right now!

As PUBG banned information is waving around the web, this is the right time to look for its alternatives now. PUBG is not the only game left, there are many amazing alternatives that will make your day. These are the best alternatives. Read below.

Fortnite is the very popular Battle Royale game developed in 2017 by Epic games. It is available in three distinct game mode versions:

This game is very alike to PUBG. Gather resources, collect gear, and battle your opponents! The app is available for Android and iOS. Team up with your friends around the world or in the same room.  Weekly updates continually rage the fun.

Clash Royale is supercell’s creation and is an epic real-time battle royale game.

It is a real-time multiplayer game with Royales, your favorite Clash characters, and more. You have to collect and update dozens of cards emphasizing the Clash of Clans troops, spells, and shields you know and love, as well as the Royales: Princes, Knights, Baby Dragons, and more. Next,  take the enemy King and Princesses from their towers to defeat your opponents and win Trophies, Crowns, and glory in the Arena.

Clash Royale is completely free to download. Some in-app purchases are paid but that’s not necessary to buy. The game is available on App Store and Google play store to download.  The game is continually growing to deliver more fun and flexibility to the game.

Clash of Lords 2 is the IGG creation, which is a combat and strategy game. it brings comfort and attractive twists on the genre. The game starts with appointing  50 Heroes and their mercenaries, create a base, make a defense strategy, and fight with your friends. This game works in two modes, PvE and PvP modes.

It is an excellent game to play on your mobile. The graphics are attractive. The app is available t download for free for Android or iOS devices.

Are you prepared to step into the pit and punch someone? Clash of Lords 2 makes a place in the top 10 empire-building games like Clash of Clans, Clash Royale, Miro Clash, Clash of Lights, Boom Beach Etc. Get ready for Clash!

The storyline behind every Royale game is the same, like build a base/city, gather your armors/make a strategy to defense and then attack your strong army.

Apply your strategies to the test in dungeons, raids, and more! With over 100 million players worldwide, it’s always time to clash!

The game is available for android and iOS.

Well, players, try these mind-blowing alternatives and you can easily come out of PUBG. Often this is a tribute to the country, why to use such apps that harm your country in one or other ways.

So, how do you like the article? Share your feedback and tell us which app suits you the most.