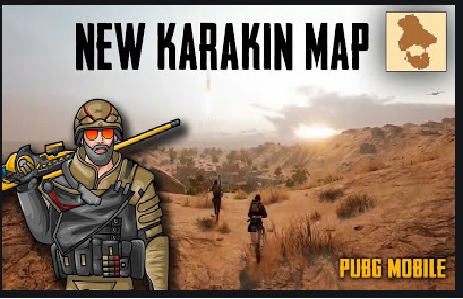 PUBG Mobile beta has been updated with Karakin map, which is a 2×2 map, along with several new weapons, and more. Here’s a look.

PUBG has just released a new beta version for testing. This beta version of PUBG Mobile brings the game version to 1.3 along with a lot of new content. Some of the highlights of the update include two new maps in the game including the classic mode map Karakin. This map also brings the “Demolition Zone” mechanic to the game along with thin walls for buildings.

A report from Insidesport claims that the Karakin map, which is already available on PC, is now up for testing on mobile. Now, it looks like Karakin will soon be available to all users. The Karakin map is a part of the PUBG Mobile version 1.3.0 global update, according to the report.

Karakin is a 2×2 km long map, much like Livik which is available to play. The map is half the size of Sanhok. Only 64 players can compete for the chicken dinner on Karakin. It is located in the dry and open environment of North Africa, which is filled with boulders.

The most exclusive feature of the map is Panzerfaust, which a new rocket launcher. Once shot, Panzerfaust explodes on hitting a surface and reportedly gets automatically discarded. This means it can only be used once in gameplay.

A new Motor Glider, which can also be found in Erangle and Miramar maps, will also be a part of the Karakin map. Players can expect to find features such as Smuggle Tunnels, a new dark zone, and more.

The new version 1.3 for PUBG Mobile brings a new Arena map called Code-C. This map is small and has staggered passages that facilitate fast gameplay. This is meant for players who like to engage in an aggressive showdown, taking the help of assault rifles, sub-machine guns, and even sniper rifles.

The stable 1.3.0 update for PUBG Mobile is expected to arrive after the current Season 17 is over.