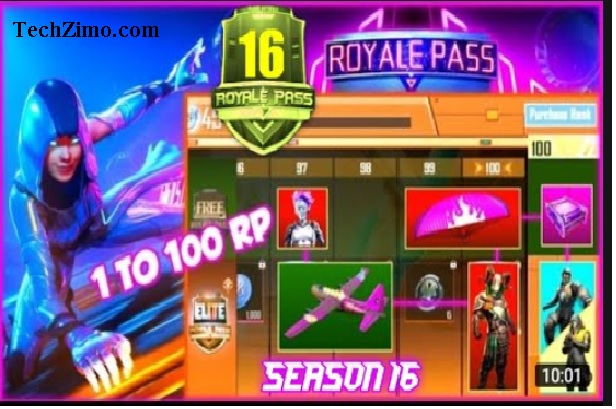 Season 15 was released in September and ends on November 15. After that, The Royale Pass section gets locked to make the server ready for Season 16 update. The theme of the Royale Pass of the current season is Beyond A.C.E., and it brought in several in-game items.

The next Season i.e. Season 16 will arrive after the end of its previous Season. Season 15 will end on November 15, after that RP Section will get locked. No one will be able to claim any rewards.

As per sources, Season 16 will be going to release on November 17 at 2 PM. But there is no confirmation made officially. As previously, there will be a gap of one or two days between the Seasons. There will be a free Royale pass offering different rewards and perks.

Google Pay taken down from App Store for fixing an issue

Although season 16 is almost one month away, fans started speculating about what does the new season will bring with him. Developers have not disclosed any information regarding this upcoming new season. But much information got leaked.

In the upcoming PUBG Mobile Season 16, we will see a new skin for the smoke grenade. It has a red and black livery with a gas mask in the middle portion. This smoke grenade skin will be available at 40 RP level.

PUBG Mobile will get a cool blue-black M416 skin. According to sources, this skin will be available at 90 RP level. For free tier, PUBG Mobile developers are offering a new AKM skin at 50 RP level.

PUBG Mobile Season, 16 will add some exciting new emotes to the game. As per the leaks, there will be at least three new emotes. You will be able to unlock these emotes at 20 RP level, 60 RP level, and 90 RP level.

On reaching Royale Pass 1, players will get access to a cool blue-red outfit. The players will also get a cool-looking keychain.

After reaching level 50 or 100(yet to be confirmed) the players will get another cool costume. There will be matching headgear which is still a secret.

There will be a change in the look of the airdrop crate. It will get bright orange smoke instead of the usual red. Another exciting new feature is that might make its way to the game would be the ability to throw a melee weapon at your opponents.

The developers are also planning to add spike strips to disable vehicles.

Here is the list of all the rewards which is new in the upcoming Season 16 leaked by Youtuber Lucky Man:

The information about the PUBG Mobile Season 16 is not revealed by the Developers yet. It is totally based on the leaked information by Youtuber. So there might be a slight change. This Youtuber has made predictions before the Season 15 and it is 100% true.