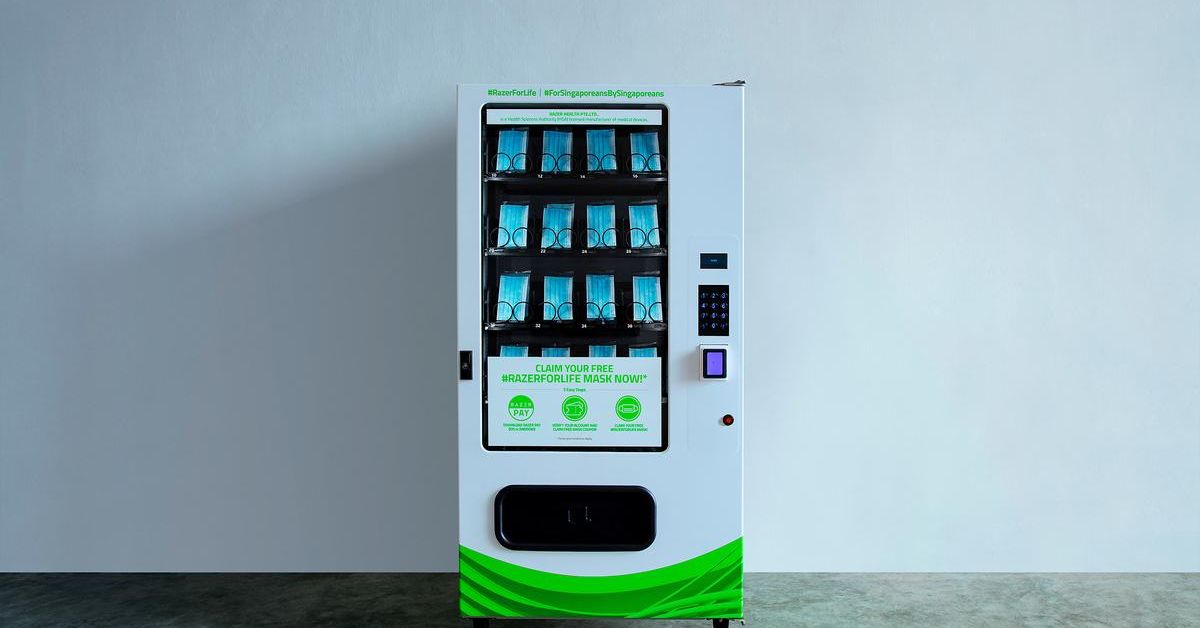 Gaming accessory maker Razer says it will place 20 face mask vending machines in Singapore by June 1st to help the city-state, where the company’s global operations are based, in its COVID-19 relief efforts, Reuters reports.

“Razer will continue our endeavours in supporting Singapore to be self-sufficient for face masks as a nation,” Razer CEO Min-Liang Tan, who hails from the city-state, tells Reuters.

The company already has a fully automated face mask production line in Singapore that the company set up in just 24 days last month, after it initially shifted some of its manufacturing to support production of medical equipment in March. Razer said on April 24th that it’s already shipped more than 1 million of those masks all over the world.

With its vending machines, Razer is pledging to give out 5 million masks for free to Singapore residents 16 years and older, and after the initial distribution it will sell the masks directly. The company is also partnering with Singapore-based plastic manufacturer Sunningdale Tech to up its production to 10 million masks a month.

With a population of more than 5 million, Singapore was initially praised for its largely successful contact tracing strategy that allowed it to avoid lockdowns and keep its COVID-19 case numbers shockingly low.

However, a distressing uptick in confirmed cases — from in the mid-hundreds to more than 25,000 — starting in early April that was concentrated among the city-state’s migrant worker population has forced Singapore to alter its strategy and implement strict shelter-in-place orders. As part of its measures, the Singapore government has made it mandatory to wear face masks in public, making Razer’s efforts more necessary as the government finds itself strained to source suppliers.