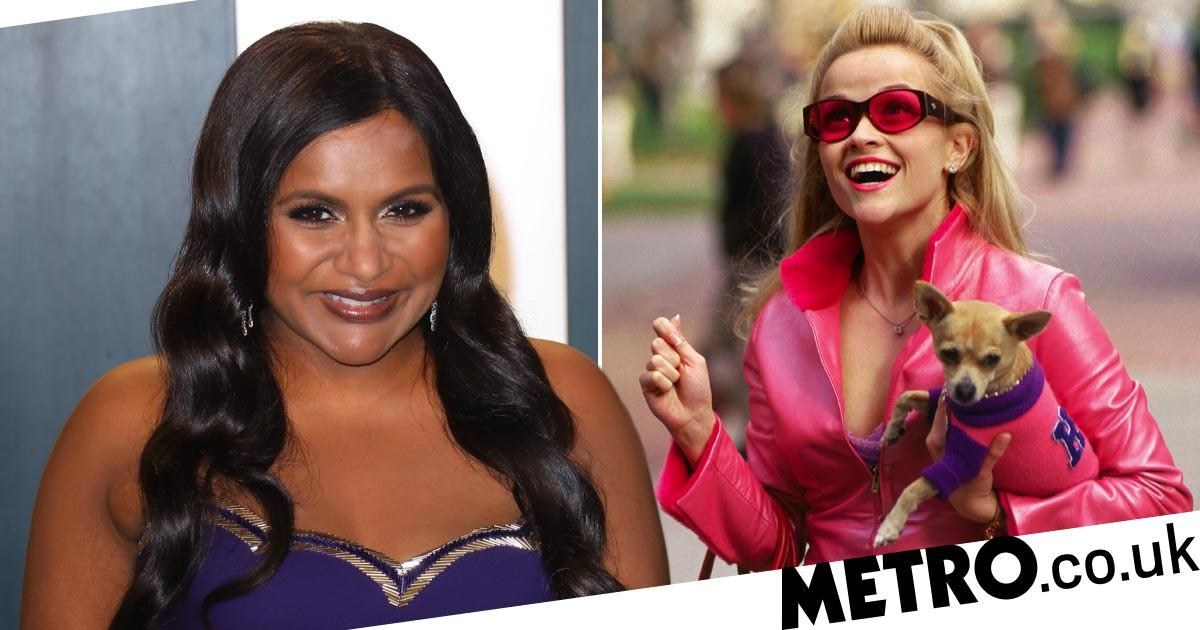 Reese Witherspoon couldn’t be more thrilled that Mindy Kaling has signed up to co-write Legally Blonde 3 and has given her Elle Woods’ seal of ‘approval’.

It was announced this week that Mindy was set to pen the script for the third installment of Reese’s classic comedy, alongside Brooklyn Nine Nine creator Dan Goor.

And now Reese has welcomed the news and confirmed that her alter-ego is also on-board.

‘Great news alert!! Some things are just meant to be! I’m SOOO excited to have @MindyKaling and #DanGoor writing Legally Blonde 3!’ Reese wrote in a social media post.

She added cheekily: ‘This is #ElleWoodsApproved!’

News of Legally Blonde 3 first emerged back in 2018, giving fans the much desired follow-up to the original comedy in 2001 and the first sequel, Legally Blonde 3: Red, White & Blonde, in 2003.

Oscar-winning actress Reese is set to reprise her role as Elle Woods, the sorority sister who enrolled in Harvard Law School to win back her ex-boyfriend, only to find herself as an intern on a high profile case – fighting prejudices against her blonde hair and hot pink clothes along the way.

The sequel saw Elle going to Washington DC to fight animal testing, and ended with her marrying Emmett (Luke Wilson) and hinting at aspirations for the White House.

Fans are now hoping Wilson will also reprise his role as husband Emmett but the jury’s still out on that one.

Previously speaking to Entertainment Tonight, Wilson explained: ‘‘I have not talked to Reese about it, but yeah I always kind of hear things here and there. Never anything official about them doing another Legally Blonde, but I’d love to do another one.

‘I mean, just that character Reese played was so funny at the time and that has kind of become this iconic character now.’

Musing over what Elle and Emmett’s future would look like in part three, Luke said: ‘I would say they definitely have a few children and I just think that it’d be really funny if Reese had a little mini-me, a version of herself. I would definitely think that they’d have a couple of children.’