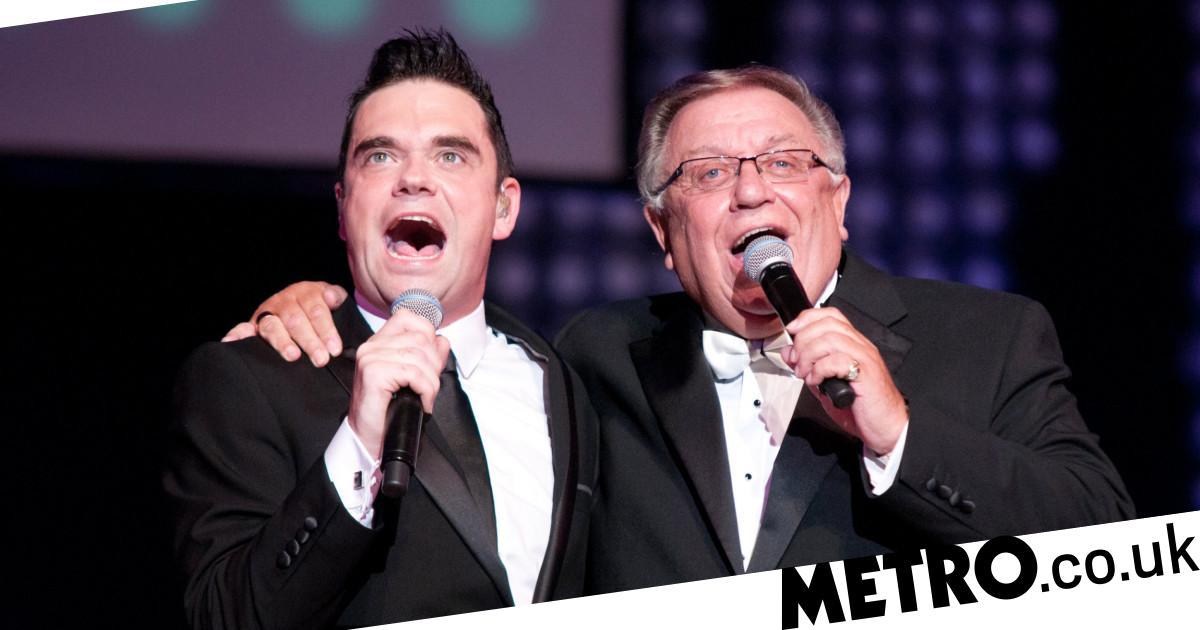 Robbie Williams’ dad, Pete, has been diagnosed with Parkinson’s disease.

The Angels singer has opened up about fears for his family, explaining they have ‘a lot of issues’ at the moment.

And he has been struggling spending lockdown in LA, as he’s desperate to be by the 70-year-old’s side.

‘We’ve got a lot of family issues right now,’ he said according to the Mirror. ‘My dad has got Parkinson’s, my mother-in-law who I love dearly has got a very big illness. We can’t get to them. My dad is thousands of miles away.

‘My mum is just a year short of 80 and she’s in isolation and I can see the things whirling in her mind and her eyes going.’

The 46-year-old also explained there were points at the beginning of isolation where he felt he was ‘going into fear’.

Discussing the difficult times himself and wife Ayda Field have been through, he added: ‘But the difference between me now and the person I used to be… I saw it, thought “That’s interesting – tomorrow will be different”. And it was.’

Robbie’s words come after it was rumoured he would be reuniting with his Take That bandmates for a charity concert.

The Never Forget stars have allegedly secured a ‘huge undisclosed fee’ to perform together during lockdown, almost 30 years after the release of their first album, with the dad-of-four getting on board.

A source told The Sun that ‘hundreds and thousands of pounds’ are being spent to host the show that will see Take That perform from their homes.

‘The amount of money involved to make this happen is hundreds of thousands of pounds,’ they claimed.

‘The gig will go out into people’s homes over the internet and each band member will be performing from their own homes so they won’t actually be together.

‘They can’t be physically reunited because of travel restrictions and corona rules but it is still them all coming together to perform their hits, something no one has seen in a long time.’

MORE: Katy Perry jokes pregnancy ‘turning her into Shrek’ as she gets closer to due date

MORE: Ryan Murphy admits that he wants to re-shoot the Glee pilot and add two new characters to face-off against Rachel Berry