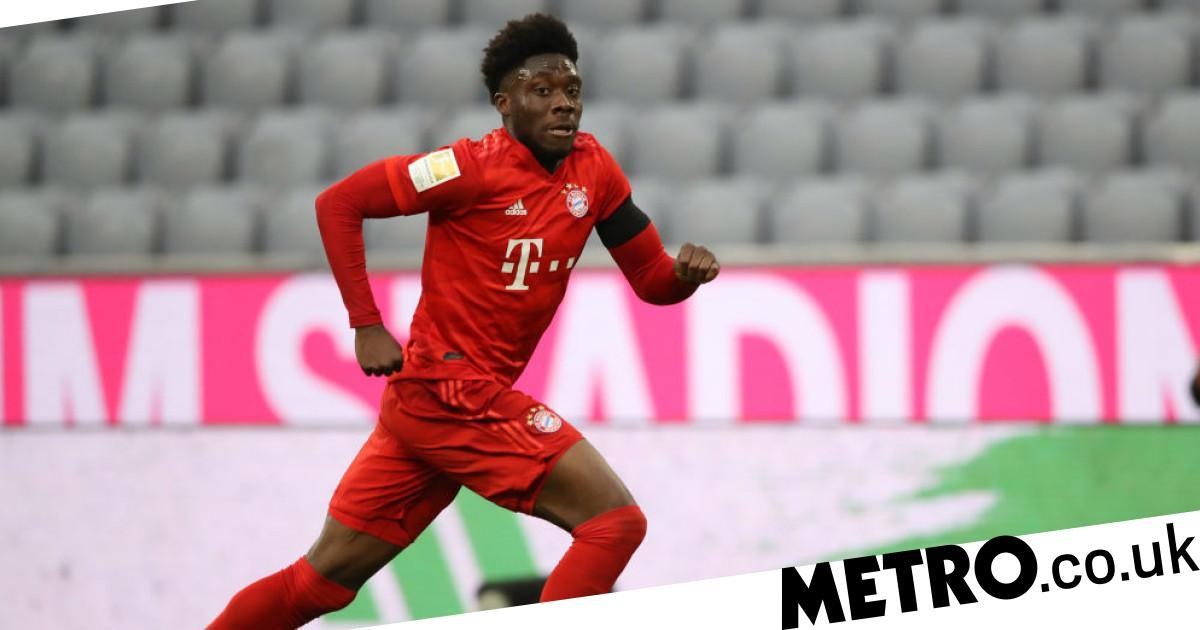 The 19-year-old has seen his reputation sky-rocket since his debut for Bayern last year and has already joined the conversation as one of the best full-backs on the planet.

Much of that is thanks to his frightening pace, which was on show in the huge clash between Bayern and Dortmund in the Bundesliga on Tuesday evening.

Fellow teenage sensation Erling Haaland was baring down on the Bayern goal when Davies hared back, recovering at incredible speed to dispossess the Norwegian and prevent even a shot at goal.

It was a superb piece of defending from the Canada international and his eye-watering pace caught the eye of former Manchester United and current Inter Milan striker Romelu Lukaku.

The Belgian tweeted: ‘Alphonso Davies is fast as f***’

Former England striker Gary Lineker had a more eloquent reaction to Davis’ perfromance, writing: ‘What a fabulous talent Alphonso Davies is. So rapid and intelligent whether going forward or backwards.’

The Bundeliga revealed that that recovery run from Davies clocked in at a speed of 35.3km/h (21.9mph).

It’s incredibly fast, but not quite quick enough to get a place in the top 10 all time speeds recorded in the German top flight.

Davies is fast, but he’s still got some catching up to do with the fastest in Germany.

However, West Ham’s England international Declan Rice is jealous of the pace he does possess, tweeting: ‘Wish I had Alphonso Davies pace.’

Microsoft’s Family Safety app: How to get the preview and protect your kids online