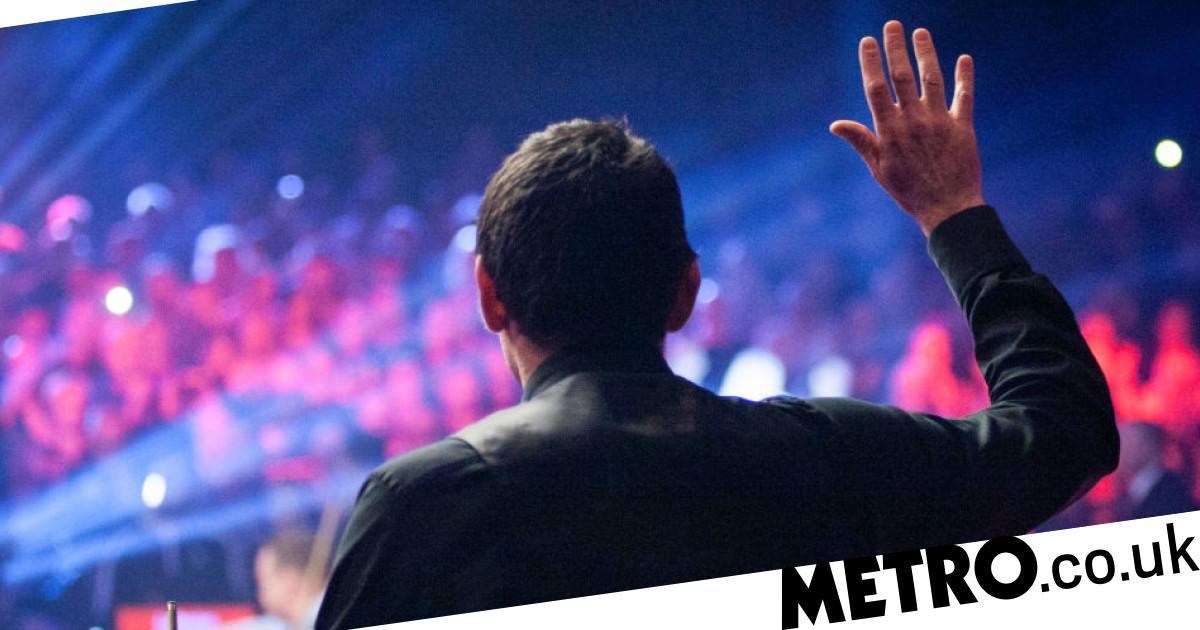 Ronnie O’Sullivan can climb the mountain once again and once again be seen as the most dominant force in snooker, but he has to fully commit to the task, believes Michael Holt.

The Rocket was rising high at number one in the world rankings in April last year, heading into the World Championship as the favourite to win it with the bookmakers.

However, a first round exit to James Cahill and a failure to win a ranking event since has coincided with the remarkable rise of Judd Trump to the top of the sport.

The Bristolian won the World Championship and has picked up six ranking titles since, cementing his spot as the best player in the game right now, while Ronnie is reeling at number six in the world.

Holt, who triumphed in a ranking event himself this season at the Shoot Out, feels 44-year-old O’Sullivan can haul in his younger rival, but he must be fully dedicated to the tour again, physically and emotionally.

‘There are players that can challenge Judd, Neil [Robertson]’s doing his best to try and catch him,’ Holt told Metro.co.uk.

‘If Ronnie wants to dedicate himself again, and not just playing but he’s got to be emotionally all in, then he could easily start catching Judd because he’s so amazing.

‘Ronnie’s strike rate for what he wins to what he enters…at one stage it’s like he was winning four out of five events he played. He was either winning it or losing in the final, everything he played in, he can do that again.’

O’Sullivan has been something of a part-time player in recent years, skipping multiple events on the WST calendar, which has possibly cost him success in the big events.

The five-time world champion has stated that he wants to return to a full-time schedule for the next two years, for one last crack at glory, and Holt believes this would be sensational news for the sport.

‘He has been retiring since he was 18,’ said the Hitman. ‘The first time I heard him say he was retiring, the year after he won the UK when he was 17, he lost and said he’s retiring. That was the first time I can remember him saying it.

‘Ever since, then he’s played snooker a lot, because to get that good you have to play a lot, don’t let anyone tell you different. But he’s talked about how much he hates it.

‘It’s a strange one because he’s got enough money to sit on a beach for the rest of his life with a Pina Colada.I think when he says he don’t love it, when you think about it logically, it’s not true.

‘It’s great news if he’s coming back full-time, it’ll be great if he plays.

‘Everybody wants to see, unless you’re playing him, a focused Ronnie O’Sullivan playing well because he’s unbelievable at the game, he’s incredible.

‘The way he’s changed his game and created the game he’s got is amazing. Anybody who plays the game can see that, and anyone who doesn’t play the game can. It’s good for the game, he’s box office.’

The Rocket is showing some renewed commitment by playing at the Championship League next week, behind closed doors in Milton Keynes, before he returns to the Crucible for the World Championship starting on 31 July.

Ronnie has won the big one five times but not since 2013, not going beyond the quarter-finals since losing the 2014 final to Mark Selby.

Holt believes the great pressure of the World Championship can wound even the greatest player, but is loathed to say the Rocket has failed on the biggest stage, given his successes there and the calibre of his opponents.

‘The thing about Sheffield is that it can be a leveller as far as everybody wants to win as much as they can want to win and everybody’s as nervous as they can be,’ Holt continued.

‘Sometimes you play Ronnie O’Sullivan in some tournament and it’s like he’s down the club. The World Championship is different because puts everyone under pressure and he might falter because the end of the day, as much as he doesn’t look it at times, he is a human being, he’s got emotions and feelings like the rest of us.

‘He’s still got a great record there, its not like he’s failed. And there’s some other great players around as well.

‘As amazing and brilliant as he is, he’s not guaranteed to win all the time. Sometimes when Ronnie O’Sullivan loses there’s a massive inquest: is he focused? Is he not trying? Which is ridiculous.

‘Maybe he just got beat by another great player, there’s some other brilliant players about who are really good and can beat anyone on their day.

O’Sullivan’s unbelievable best sees him judged by standards that others are not, and while he might not have been at the peak of his power this season, Holt wouldn’t mind being in his shoes.

‘He’s a victim of his own success because the standard he can play at at times, you can’t see him losing, so when he does…he’s still doing alright, he’s still way above most people in the rankings.

‘Because he’s not winning all the big events people say he’s gone. I’d love to be that gone next year.’

MORE: World Snooker Championship will start on 31 July or not at all, says Barry Hearn