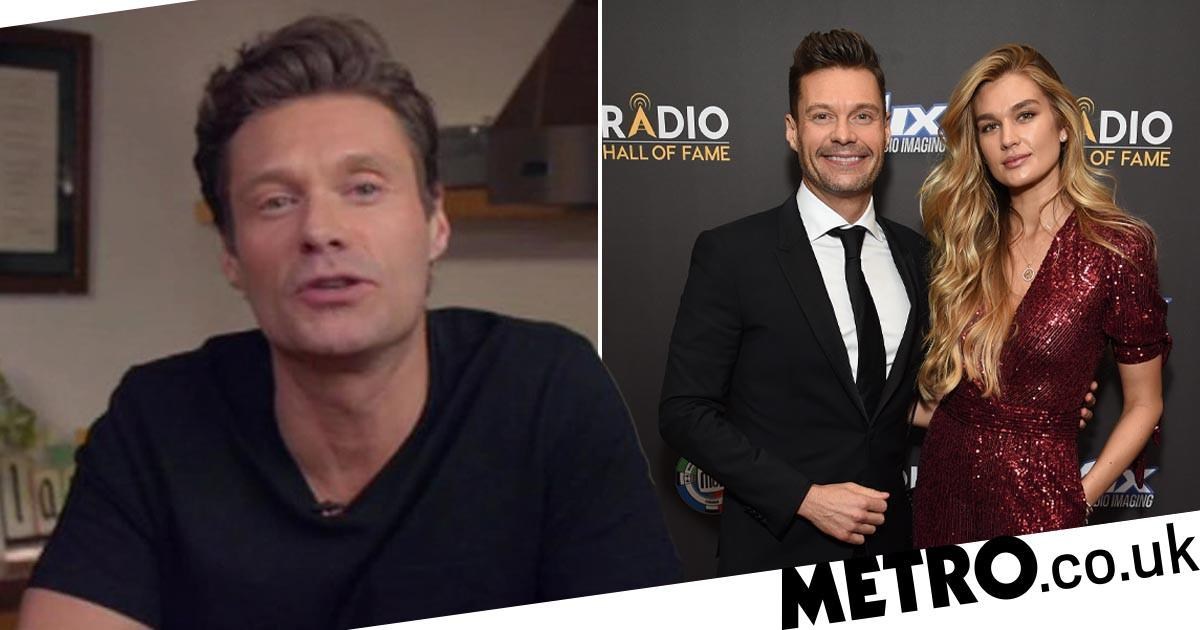 Ryan Seacrest thinks he needs to ‘grow up’ and find a work-life balance because he puts all his energy into work.

The American Idol presenter  – who’s in a relationship with Shayna Taylor – thinks his dedication to his career could be one of the reasons why he has never married as he’s always either at work or feeling ‘drained’.

Recalling his busiest working time, he said: ‘There were five daily responsibilities. You lose the balance and you are drained by the end of every day and you’ve gotta go do it again the next day.

‘So that’s always been a tough struggle. I mean, maybe it’s perhaps why I’m not married now. So thank you for this therapy!’

The TV host continued: ‘I do have to grow up a little bit and realise that there needs to be a work-life balance.’

Ryan first met 28-year-old chef Shayna back in 2013 and the pair have split and reunited several times over the past seven years.

But the 45-year-old host has always loved working in front of a live audience and his ambitions grew and grew after he landed his job on American Idol.

Speaking on The Hollywood Reporter’s Awards Chatter podcast, he explained: ‘I always wanted it, I never had it and I couldn’t believe I got it.

He continued: ‘My model was to always have a connection with the audience, no matter what time of day or day of the week.’

Ryan was on hand to help crown 22-year-old Just Sam as the winner of American Idol on Sunday night (May 17) in the first-ever remote live final.

Just Sam becomes the seventh female to win the contestant in the show’s history after she beat out singer-songwriter Arthur Gunn to the title.