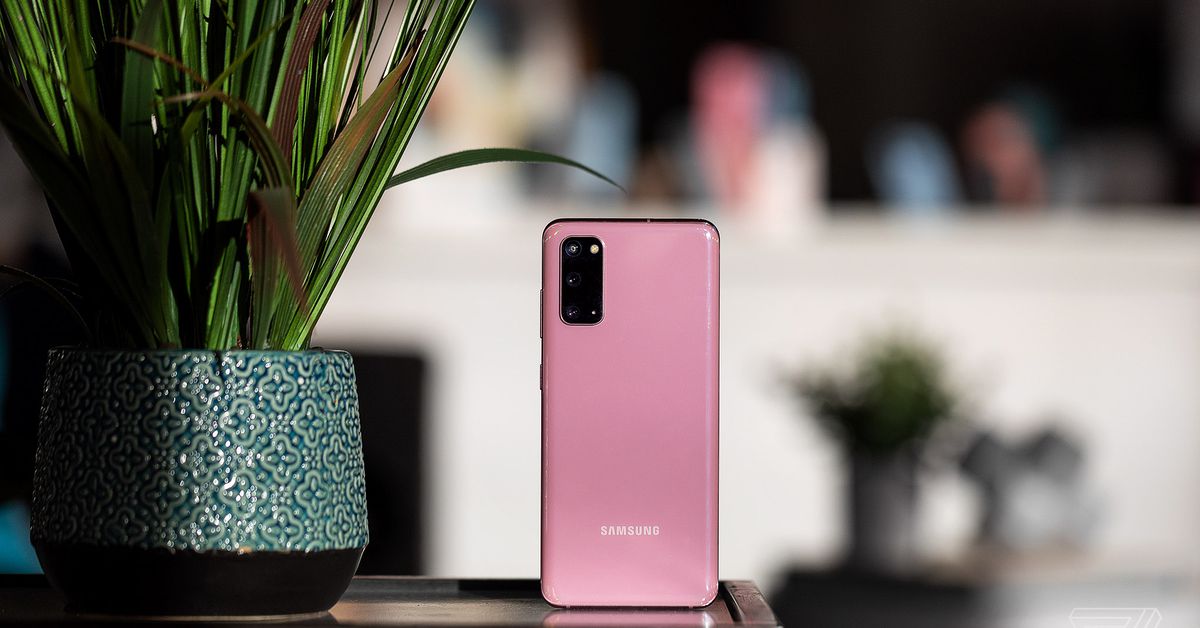 Verizon is releasing a new version of the 5G Galaxy S20 on June 4th, which supports its fast, Ultra Wideband millimeter-wave 5G network. The “Samsung Galaxy S20 UW” will be available for preorder on May 21st starting at $41.66 a month for 24 months or $999.99 full retail. In addition to offering support for Verizon’s current mmWave network, it will also support the carrier’s low-band 5G network when that launches later this year.

At launch, all of Samsung’s Galaxy S20 phones — including the S20, S20 Plus, and S20 Ultra — supported 5G in some form. However, until now, only the more expensive S20 Plus and S20 Ultra have supported the faster mmWave 5G technology favored by Verizon. The new release means that the entire Galaxy S20 lineup now fully supports Verizon’s Ultra Wideband 5G network, which Verizon says is currently available across 34 cities in the US.

At launch, only the S20 Plus and S20 Ultra supported Ultra Wideband

Verizon is advertising a number of deals you can use to bring down the price of either the Galaxy S20 UW or another device bought alongside it. You can save $150 if you’re a new or existing customer, and this discount will be applied across 24 monthly bill credits. There are also trade-in discounts, discounts for active Verizon premium Unlimited plans, and discounts on second phones, Samsung tablets, and Samsung wearables depending on your device payment plan.

Along with support for the new 5G technology, Verizon says the Galaxy S20 UW will be available in an exclusive white color scheme alongside the existing pink and gray options, and it will come with 128GB of internal memory. You’ll be able to preorder the new handset starting May 21st at 3:01AM ET from VerizonWireless.com.