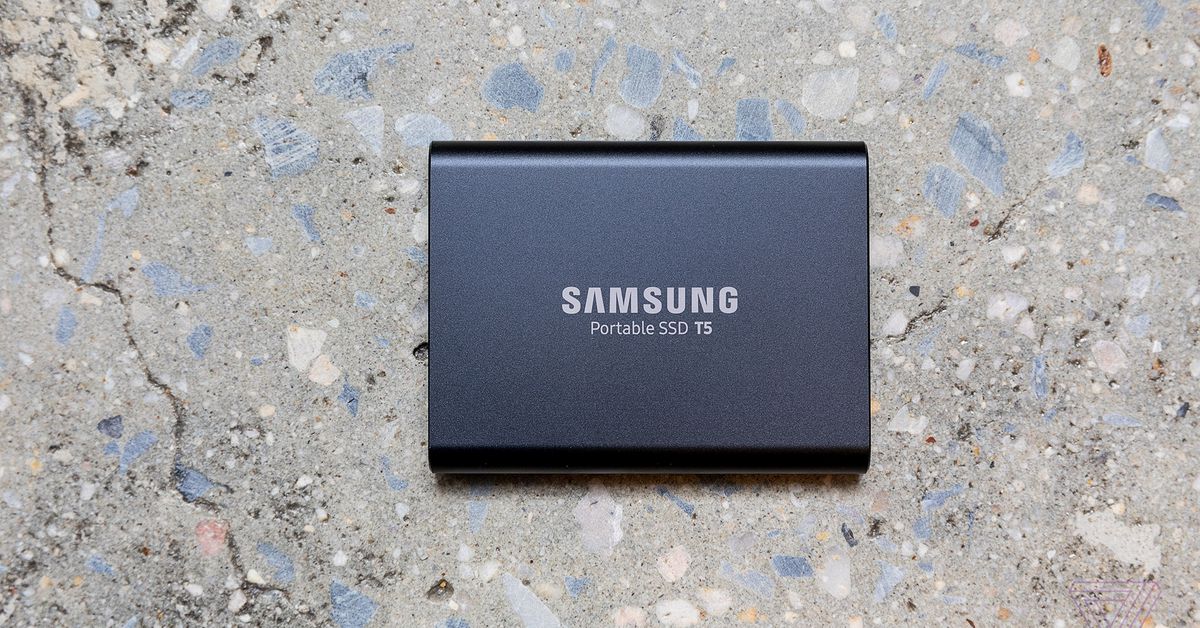 Samsung’s T5 USB-C solid-state drive is one of the most compact portable drives that you can buy, and it’s even more affordable than usual today. The 500GB model usually costs around $100, but today, you can get it for $80 at Amazon and Best Buy. The 1TB model that normally costs $200 is down to $150 at Best Buy. The T5 includes a USB-C to USB-C cable as well as a USB-C to USB Type-A cable.

This model utilizes a SATA drive within its enclosure, which while not slow, it isn’t the fastest SSD technology. If faster transfer speeds are paramount to you, an NVMe PCIe drive will be a better option. However, considering the lowered cost here, I think it’s a great value for most people. The T5’s combo of good performance and a well-designed enclosure make it tough to beat for the price. We’ve got more testing and comparisons here if you want to jump down this rabbit hole of comparing portable SSDs that plug in via USB-C.

Microsoft has discounted one of its high-end Surface Laptop 3 models by around $300, coming out to $1,689. This machine released in late 2019, and this particular configuration is for the sandstone-colored 13.5-inch laptop with a metal design (as pictured above). It has a 10th Gen Intel Core i7 processor, 16GB of RAM, and a fast 512GB PCIe-based solid-state drive. A few features that stick out on this machine compared to other Windows laptops you might be considering are its 3:2 aspect ratio display, excellent keyboard, and large trackpad.

Apple’s seventh-generation iPad is back down to its lowest price yet at Best Buy. We’ve highlighted this deal recently, but it still seems timely given that now’s the time to pick up a gift for a grad in your life or Father’s Day if you’re thinking ahead. The 32GB model is $80 off of its usual price, sitting at $250. If you want to quadruple the internal storage to 128GB, Apple’s iPad with that much space is $100 off its usual $430 price. You can pick one up at Best Buy for $330.

The questions of “How is this one different than the last one?” or “Is this better than the iPad Air?” almost always come up when I’m talking about this deal. Here’s the skinny: it’s almost identical on the inside to the sixth-generation iPad, which is to say that it has the same A10 processor, which Dieter Bohn says in his review that it’s still fast enough for most tasks. (The latest iPad Air and iPad mini have the A12.) However, this version has 3GB of RAM, and its screen size got a boost from 9.7 inches to 10.2 inches. It also features a Smart Connector, so you can connect Apple’s Smart Keyboard.