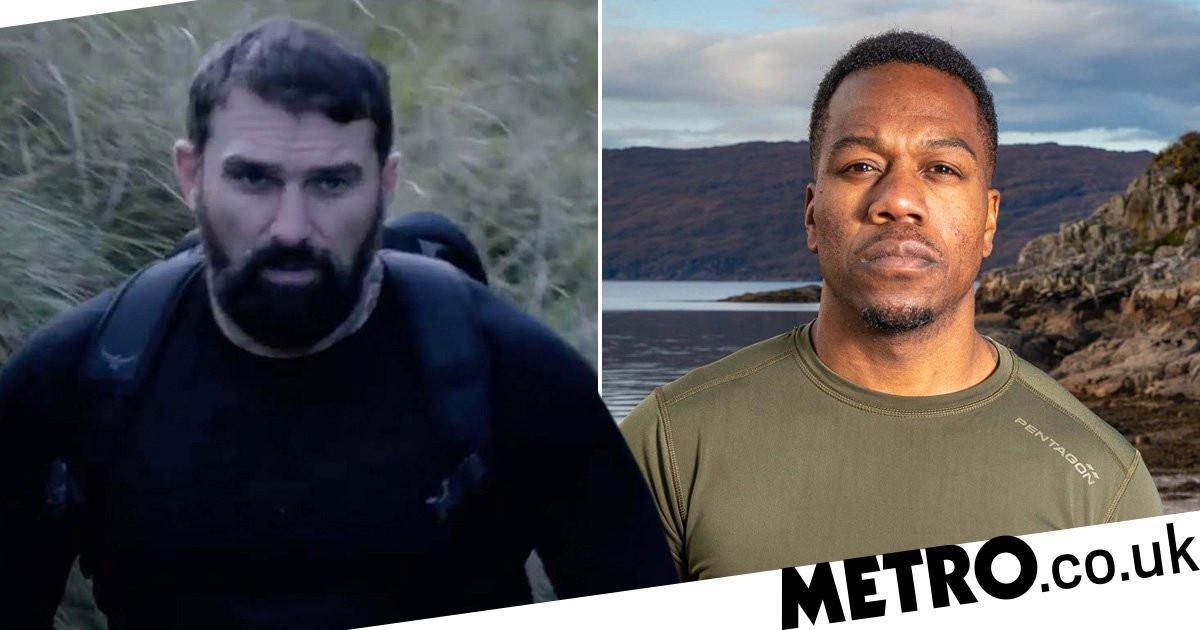 SAS: Who Dares Wins recruit Locksmith – real name Leon Rolle – has revealed he ‘lost it’ after being constantly hit in the stomach by who he believes was Ant Middleton.

Tonight, Locksmith, Helen Skelton, Lauren Steadman, Joey Essex, Tony Bellew, and Nikki Sanderson will all be enduring the most gruesome part of the SAS selection process when they’re broken down with barbaric interrogation and actual torture techniques used in service.

Not all of them will make it through the course, and Locksmith, 33 – who reached out to his estranged father after opening up about their relationship on the programme – has since admitted is temper was ‘gone’.

‘There was one time we were in the stress position and someone who I can only assume was Ant kept hitting me in the stomach,’ he told press.

‘By this time I’ve completely lost it, my temper’s gone. He keeps hitting me in the stomach and I’m head-butting him, telling him to f**k off. But it’s just one of those things – how far are you willing to go?’

The Rudimental DJ met Ant way before appearing on SAS: Who Dares Wins when they both played in Soccer Aid so, you know, it would seem reasonable enough to refer to the show’s chief officer by his name, right?

‘I made the mistake of first initially getting into the recruitment and referring to him by his first name and getting the harsh sense of the reality of that,‘ Locksmith continued.

‘You’re instantly put into that world straight away.

‘As soon as everything is done you shake hands and you have a deep meaningful chat about the strategies the DS use to try and break you and build you back up.

‘For me, I’ve got nothing but positives from that and the techniques and ways I can incorporate those things into my life.’

SAS: Who Dares Wins concludes tonight at 9pm on Channel 4.