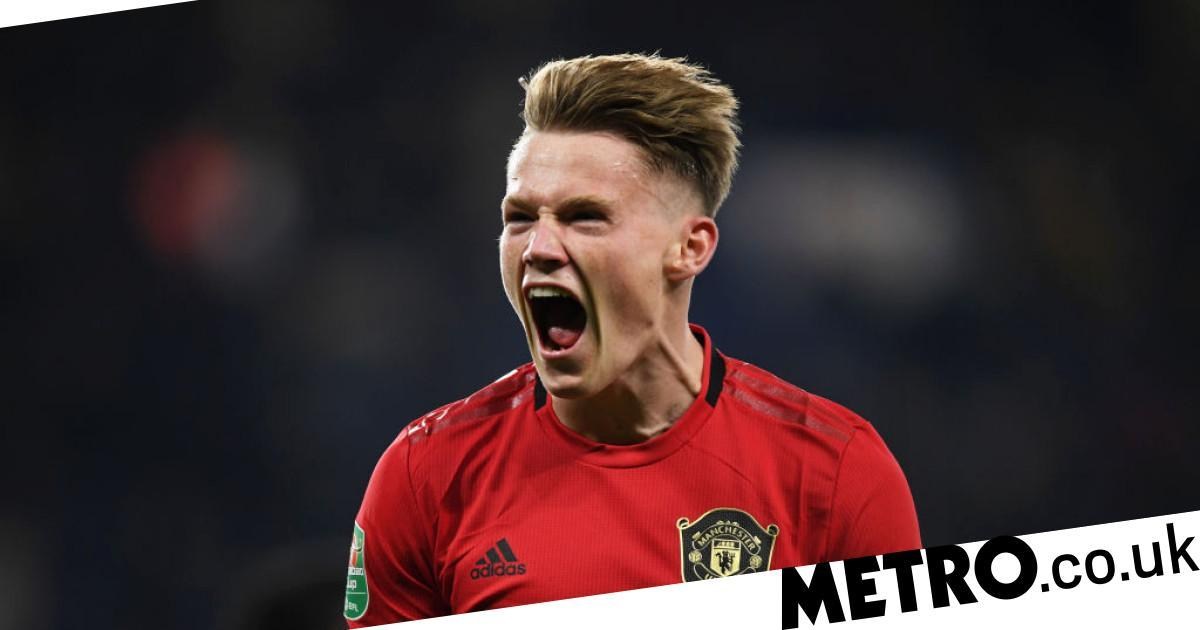 Scott McTominay is eager to rekindle his midfield partnership with Paul Pogba and insists it is ‘amazing’ to play alongside the France international.

In the absence of the club’s record signing, McTominay has emerged as an essential component of Ole Gunnar Solskjaer’s new-look side with his energy and physical presence adding a much needed dose of dynamism.

The likes of Fred and Nemanja Matic had also been playing increasingly influential roles in the absence of Pogba, while Bruno Fernandes has hit the ground running following his January arrival from Sporting Lisbon.

Despite an abundance of potential midfield partners, McTominay maintains he is still full of admiration for Pogba who will make his long awaited return once the season resumes next month.

‘Obviously whenever you play with Paul he’s such a talented footballer and he’s such an amazing guy as well, so for me it helps me a lot,’ he told the club’s official YouTube channel.

‘We’ve had that a lot this season and I feel like we’ve started getting real partnerships all over the pitch in midfield. Competition is healthy that’s what it’s all about but obviously playing with Paul is amazing.

‘You’ve got the physique you’ve got the presence to obviously hold people off and use that burst of speed where you can get through.

‘There’s so many good examples of it in world football as well and Paul’s probably one of the best examples of it. He’s very, very powerful and he gets across the grass really quickly as well so it’s a dangerous tool to have on the pitch as well.’