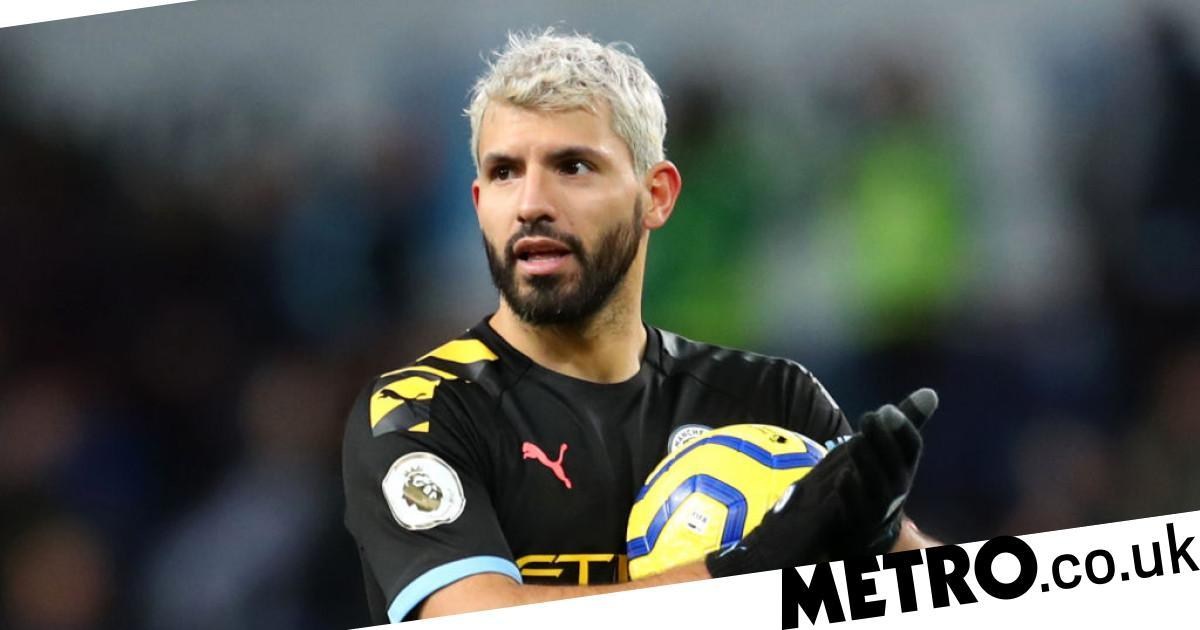 Sergio Aguero will definitely not be leaving Manchester City this summer, but could well depart when his contract runs out next year, according to the striker’s agent.

The Argentina international’s current deal expires in the summer of 2021, which will see him mark 10 years as a Manchester City player.

The 31-year-old has had a sensational time in the Premier League, scoring 180 goals in 261 games and netting 254 times in all competitions.

Rumours have been swirling that both Inter Milan and Real Madrid want to swoop for his services this summer and tempt City into selling before his contract expires, but the player’s agent has completely dismissed those suggestions.

Although, Hernan Reguera cannot make any promises about what will happen after next summer.

‘Sergio has a contract with Manchester City until 2021,’ Reguera told FCInterNews. ‘There is no possibility that he will go away sooner.

‘We’ll see what happens after that. I haven’t spoken to Inter, and the reason is very simple: Aguero is happy with the Citizens and has no intention of changing club.’

Aguero has spoken previously about his desire to return to Argentina and his first club, Independiente, where he plans to finish his career.

‘I always try [to get back to Argentina]. I know what the fans [of Independiente] want, but I have a contract with City, and I try to focus on these two years I’ve got left,’ he told Goal last year.

‘Then I’ll see what I’ll do but of course, the Rojo [Independiente] is my priority.’

He turns 32 next month and will be 33-years-old when his City contract expires. Whether he wants to get one more big deal in European football before returning to South America, or not, is yet to be seen.

City manager Pep Guardiola was asked about the possibility of Aguero extending his stay beyond 2021 in January and said it was down to the forward.

‘It depends on him, it is his decision,’ said Guardiola.

‘This kind of player… there are not many in the incredible history of English football. He helps to make the Premier League better.’