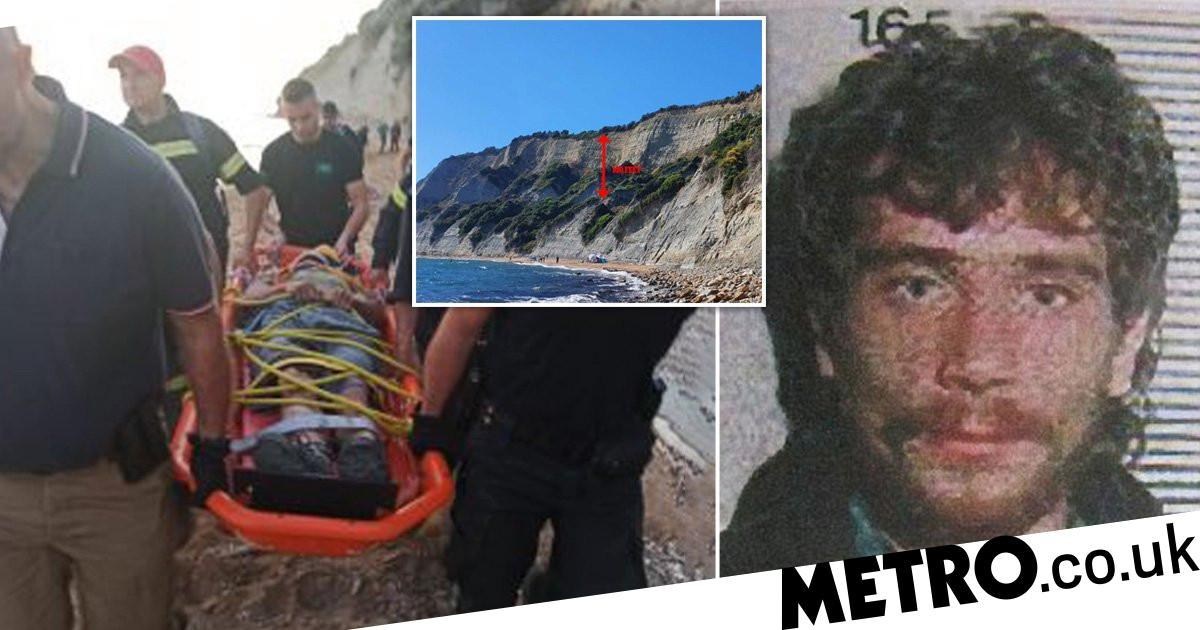 A man who was convicted of raping up to 100 women was badly injured after falling down a 100ft ravine during a police chase.

Dimitris Aspiotis, 47, broke his leg, hip and spine and ruptured a kidney in the fall in Corfu, Greece, on Saturday.

He fell into the ravine while being chased by police who wanted to speak to him regarding an alleged knifepoint kidnap and rape of an Albanian woman, the Sun reported.

He was arrested following his rescue which took around three hours.

Aspiotis was released early from a 52-year term last August because of overcrowding in his prison after his conviction in 2012.

He raped at least seven women from the UK, including stewardess Kayleigh Morgan, 33, who waived her anonymity as a victim.

She said: ‘I hope he stays in pain for the rest of his life – it’s time for the Greek authorities to throw away the key.’

Police director of Corfu Police Giannouli Mattheou confirmed his officers had detained a man regarding a rape and kidnapping but he did not confirm if it was Aspiotis.

He added: ‘It is pointed out that the perpetrator at the sight of police officers, who were stationed in the forested area of Paleochori, Lefkimmi, fled and jumped from a steep point, as a result of which he was injured in the extremities and in his spine.

‘With the assistance of the Corfu Fire Brigade and EKAB, the detainee was released and taken to the Corfu Hospital where he is being treated.’

Aspiotis may have to serve the rest of his 52-year sentence if he is found guilty.

Get in touch with our news team by emailing us at webnews@metro.co.uk. For more stories like this, check our news page.