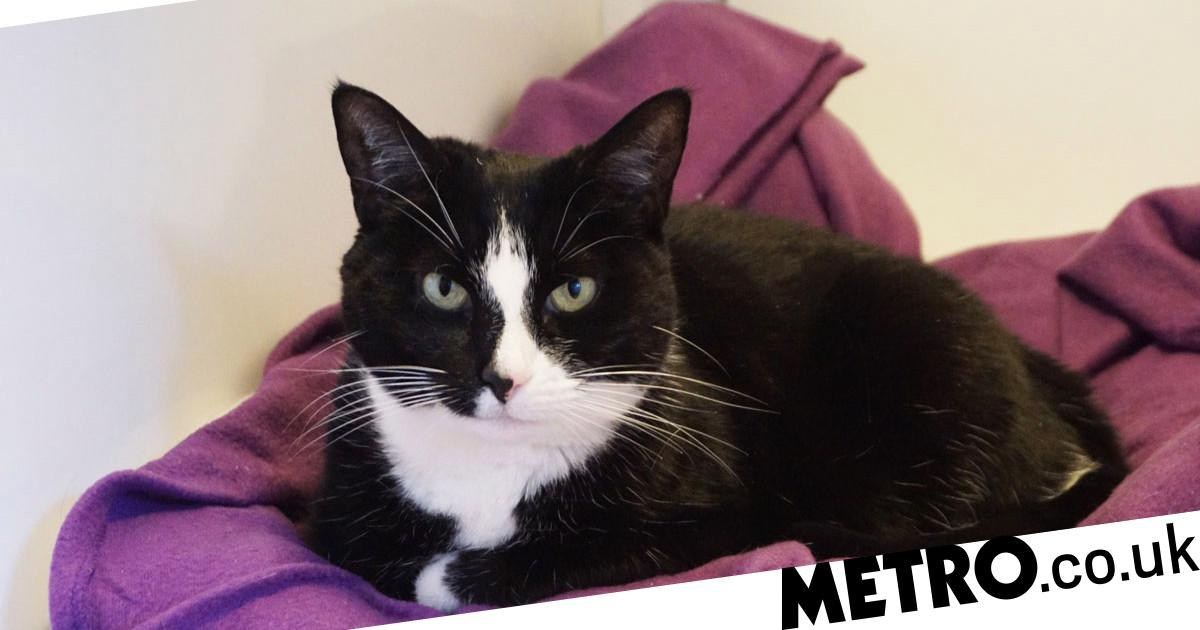 Mayhew Animal Home is appealing for help to look after the animals they rescue after two cats were dumped in taped up crisps boxes the night of a storm.

Three-year-old Wotsit and his sister Pringles were discovered outside Mayhew Animal Home each inside a small cardboard box, taped up and with no air holes.

Their boxes were being battered on all sides by strong winds and rain, and left a little longer the cats could have suffocated.

Thankfully, animal welfare officers spotted the boxes as soon as they arrived at work and brought them straight inside, carefully cutting through the tape and freeing the cats.

A health assessment revealed that the two kitties had no injuries and were – luckily – in good physical form despite their terrifying ordeal.

They were settled in a cosy cabin in the shelter’s cattery so they could recover.

Shortly after the pair were rehomed, and are now both enjoying their lives with two new loving owners.

But Wotsit and Pringles’ story is far from a rarity.

Hundreds of pets are being left out in the cold, whether due to fears they could spread coronavirus, difficulty caring for animals hastily adopted in lockdown, or unstable housing situations.

Mayhew, like other shelters, has had to pause the adoption process and scale back operations due to the coronavirus pandemic, but animals keep being abandoned and neglected, meaning work piles up with little funds to look after pets in need.

It costs over £6,000 a day to run Mayhew Animal Home and they’re entirely funded by public donations.

As well as sending out the animal welfare team to rescue animals in need, the home also works with vulnerable pet owners across society and offers temporary foster care, free or low cost veterinary care, and extensive support and advice.

And with rehoming difficult to carry out in lockdown, the shelter has to care for a load of pets while they wait to find their new families, providing them with food, flea treatment, and litter.

To help continue rescuing, caring for, and rehoming animals like Wotsit and Pringles, the charity is appealing for £5 donations, which you can make online.

Get in touch by emailing MetroLifestyleTeam@Metro.co.uk.

MORE: Lockdown catfishing: Five red flags to look out for

MORE: Meet the people who look just like their pets – and why it’s such a common phenomenon