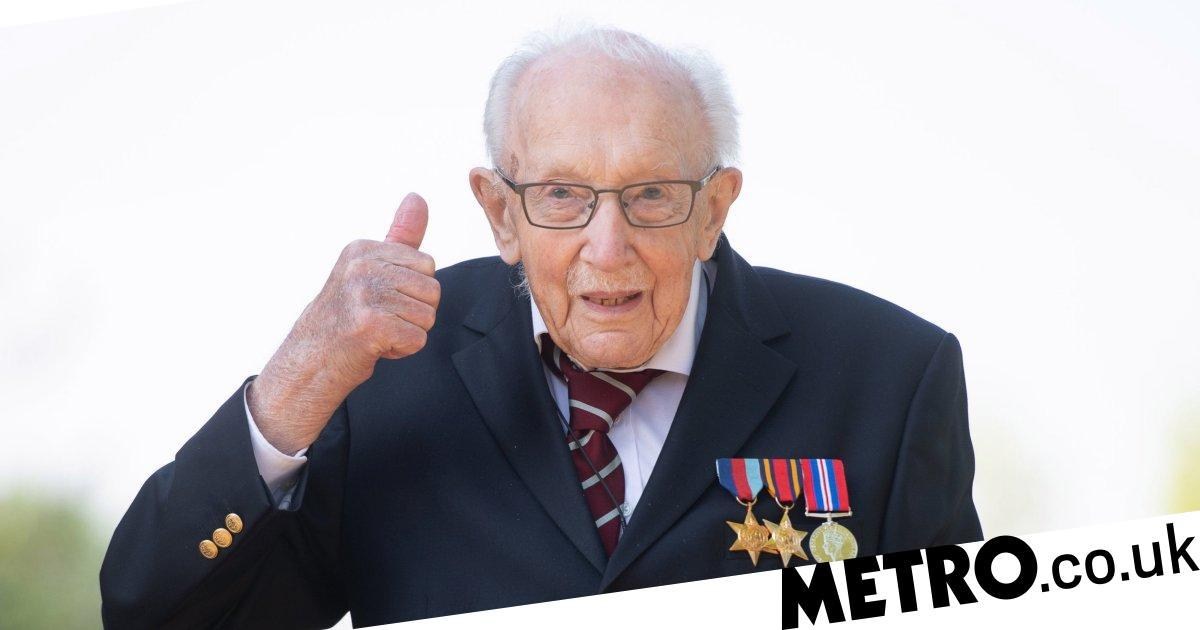 Sir Tom Moore has stolen the nation’s heart after raising an incredible £33million for the NHS and its battle against the coronavirus pandemic.

And while he has sure brought a tear to our eye this spring, it looks as though we’ll all be reminded of the hero at Christmas, as it’s rumoured he’ll be appearing in the iconic John Lewis advert.

Yes, we are already blubbering.

The company is said to have started work on the campaign, Adam&EverywhereDBB, and have pitched numerous ideas involving Sir Tom.

‘Tom’s fundraising touched the nation and going forward he will remain a figurehead of what was good during the pandemic,’ a source claimed to The Sun. ‘For many Tom became totally unifying and those working on the campaign for John Lewis’ next advert want to join in that celebration.’

The insider added: ‘The coming together of the nation during this unprecedented crisis is one of the theme’s being explored and of course Tom is at the heart of that.

‘It’s very early stages and the inclusion of Tom’s incredible record is very much still just ideas being pitched around.

‘But after tapping into the public’s psyche it seems Tom is very much going to be man of the moment for a long time to come.’

It was recently revealed that the 100-year-old was to be knighted by the Queen following his triumphant fundraising efforts for the frontline staff.

‘I’m absolutely thrilled that her majesty has decided or chosen for me to be knighted it really is a great honour – it’s nothing I anticipated, I never believed it would happen to me,’ the veteran said of the news when appearing on Good Morning Britain.

‘The Queen is so gracious she has bestowed this honour on me and I’m thrilled. It never ever entered my head that something like this would happen to me.’

Sharing a message of hope during these unprecedented times, the hero referenced his charity Michael Ball duet where the pair sang the Gerry and The Pacemakers hit, You’ll Never Walk Alone.

‘I think you go back to the song that I recorded with Michael Ball,’ he told Piers Morgan on the breakfast show.

‘After the storm, there will be a golden sky and I think you have to look forward to the fact things will improve as they always do.’

He added: ‘And they will get better and we will have a lovely golden sky and we’ll hear the larks singing again, and that is what will happen.’

Metro.co.uk has reached out to John Lewis for further comment.