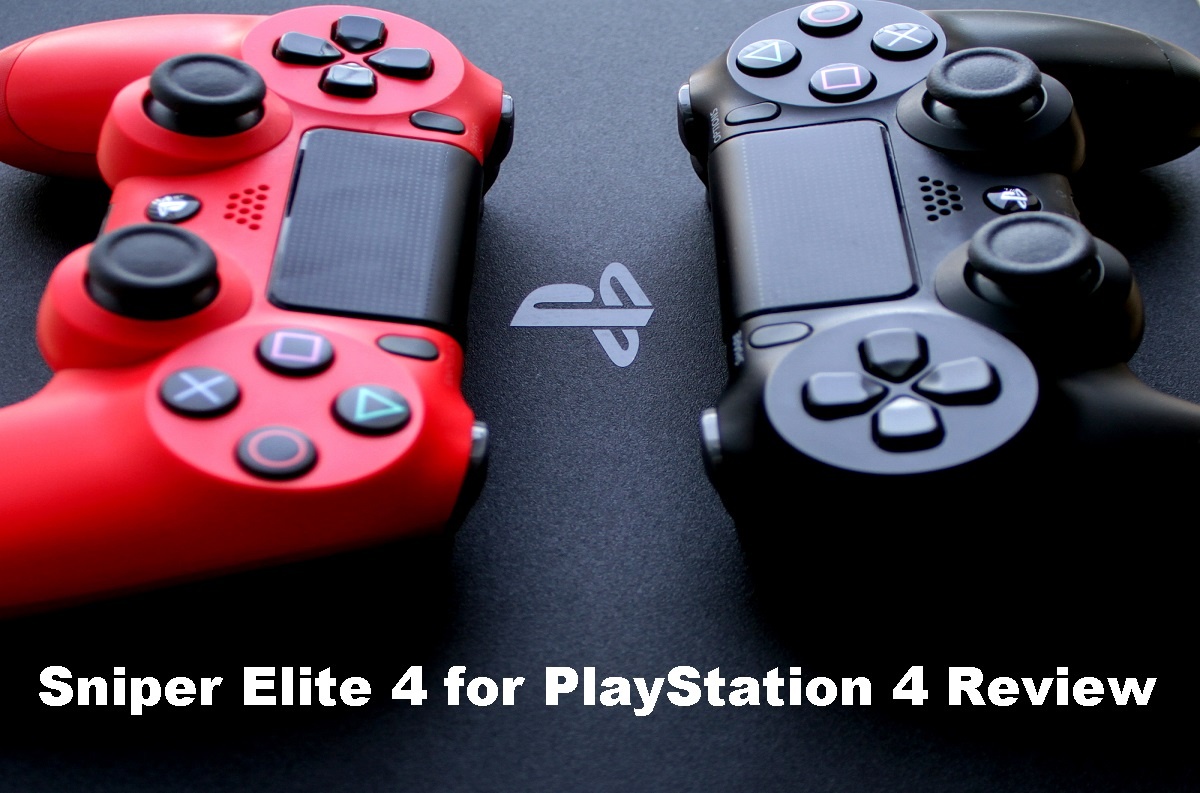 In a world full of hardships, conflict, and injustice, it is good to know that gaming can provide an escape. It often seems that we have not yet been fully rid of Nazis, but this is a game where you have the chance to obliterate evil fascists in the most brutal of ways. Vengeance has been a long time coming, and it is best served through an impressive and enjoyable stealth game.

Creating a new gaming project is an essential aspect of marketing and communications in the modern world. For any business or personal venture, you can now build own website faster and more efficiently than ever before.

An independent U.K. games studio based in Oxford, Rebellion has produced some poorly executed titles in the past (NeverDead, Rogue Warrior). But this is not the case with its more recent, self-published Sniper Elite series, which has given us five games since 2005.

These are third-person, tactical shooter action stealth games that are set in the World War II period. Sniper Elite 4 follows on from the North African exploits of SE3 to take us to Italy in 1943, experiencing an uprising of the resistance. The transition between the games is logical and smooth – it neither deviates from the existing formula nor does it bring in many large additions.

The Italian context makes for a gorgeous setting, complete with rural locations and coastal towns that look great, both graphically and stylistically. Wooded mountainous outposts and historical towns are leaning into the sea, all of which have wide-ranging paths and opportunities. There is a great deal to see on the extensive maps and an excellent selection of clear and well-crafted playspaces. There are also night-time missions to take on, in dark and eerie locations, such as harbourside buildings and mysterious walkways.

The chilling signature feature of the Sniper Elite series is a bullet flying in slow motion across a map, then bursting an eyeball of an enemy soldier, shattering a spine, or popping a nut. This is an apt symbol for a game that abounds in wartime brutality and stylish kills in slow motion. This could mean severing an enemy’s spinal cord at a distance of 300 feet, slicing their guts while hanging from a window ledge, or busting their vital organs in a direct hit from a carefully chosen vantage position. Long-distance shots can be placed from as far as 2000 feet, and it’s great to watch the bullet travel from one end of the map to the other.

The graphic effects of the video make each shooting more enjoyable, and in this fourth iteration of the series, there is even more detail. There are clips to accompany well-planned explosions, with each piece of shrapnel zoomed in on to show its gruesome consequences. Headshots have also been made more spectacular, with sound effects to illustrate the impact on the helmet, the crack of the skull, and the exploding brains.

The game is incredibly detailed, and it has immense battlegrounds to give you scope. Vantage points can be taken from mountains, rooftops or windows, and longshots are always possible. Creeping into a camp and taking out enemies close range with a silenced pistol is also an option. But you may need to cover your position with trip mines in case the enemy gets a visual on your location.

Sniper Elite 4 sees an improvement of enemy AI, so they can triangulate your position after hearing a shot, which means you need to change position frequently. One technique for dealing with this is to fire at the time of an overhead plane or a heavy artillery gun nearby.

There is the chance to use supersonic ammo as a way of killing enemies without making a noise, but this takes up power, and the ammo is limited. While it is possible, it should only really be turned to as an infrequent option.

There are more stealth capabilities, such as jumping out of windows and hanging off window ledges, to either escape from or lay in wait for enemies. There is more adaptability, and it is possible to switch from close quarters to sniper action. Bullets to the head are the most common approach, but it is also possible to set up booby traps or ‘accidental kills’ to take out more Nazis.

For those who like a challenge, there is more to take into account in the sniper experience. You will need to factor in bullet drop, wind speed and direction, and ballistics system with every shot. You can customize difficulty to change settings at any point, and find the perfect balance. By tapping the shoulder button, you can empty your lung and use a marker to see where your shots will land, an aiming assist that turns red to indicate a kill shot.

The series is famed for its x-ray bullet cam, which slows everything down on good shots and shows the impact of the bullet and its effect on the victim’s internal organs. This may include perforated brains, popping eyeballs, torn intestines, and even testicle explosions, which is a returning feature. For those who prefer to avoid the gore, these effects can be turned off.

The campaign is made up of missions, each of which takes around 90 minutes to play through. The whole campaign lasts around 10 hours and is a wide and varied adventure.

You can introduce another player then complete the campaign in co-op mode. This can present a new layer of strategy to the game, and you confuse the enemy by making distractions. There is also a multiplayer mode, but this kind of patient stealth gameplay does not immediately suggest a player-versus-player match.

In terms of mobility, SE4 has more moves than before for your characters. It is possible to jump fences of three feet in height, which is an improvement on previous games that were somewhat clunky in movement. One issue with mobility is that when the crouching movement is made very slow. This can be a problem when an enemy that you were sneaking up on turns around and discovers you in a compromised position. Fortunately, when things go wrong, reload times are speedy.

Although the maps are complex and well-devised, the action beyond sniping can seem slightly unoriginal. There are objectives signified by large question marks, which include assassinating important Nazi figures or trashing equipment. However, the map doesn’t necessarily suggest the best elevation, leading to a certain amount of scrambling around.

By completing specific milestones, players can access weapons upgrades, such as more damage and increased zoom. But these do not make a significant difference, so it is easy to keep with the original rifle you started with.

Sniper Elite has changed enough to stay interesting in its series, and SE4 is packed with new ideas and is possibly the best in the series. It has seen some considerable improvements and has an excellent unique Italian backdrop, which amounts to some quality Nazi killing fun. It is slightly clunky and lacking in some areas, but the extremely graphic violence and long-distance shootouts make this a very enjoyable game.