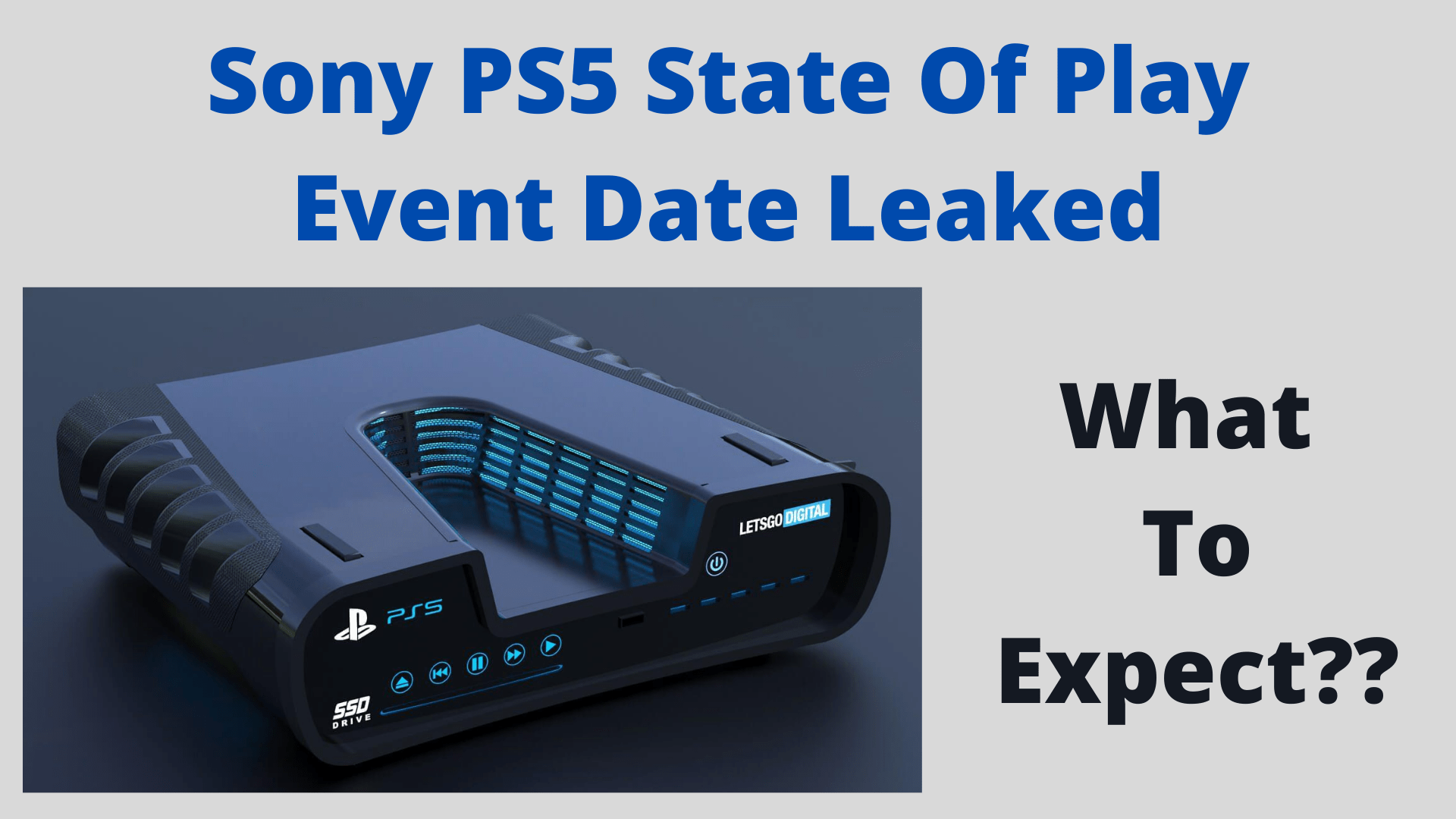 As Playstation 5 release date is coming closer, fans are getting more excited and curious about the console. Both Sony and Microsft are going to launch their brand new consoles by end of 2020 and both of them have revealed some features of the console but! The price is still a mystery! They are waiting for each other to reveal their price first and hence fans are facing this delay. A recent wave is going across is the internet that sony is going to conduct a play event in which might reveal some more about the console.

However the exact date is not known but it is expected to be somewhere between August 5 to August 11, which is the next coming week! There is no news on what could be revealed during the event but considerations are more for rumored games and gameplay. And maybe the price as well! You never know!

There is a lot that players do not know about the new generation gaming consoles like UI, games, Price, and final release date. And if you are expecting all of this in August showcase event then I would suggest you lower down your expectations. Because it’s not possible to expose all in once. It is also expected that Microsoft is also going to launch a play event/ showcase this month only(August).

According to the leaker(back on Twitter), Sony might hold a State of Play event on August 6th, according to a tweet this person posted a few days ago.

Message posted by leaker: “Don’t try to redeem yourself by telling everyone there’s going to be a State of Play on August 6 and then quickly change it a week before because you just realized there’s a COMPLETELY SEPERATE event happening on the same day from the company”.

Then a separate message he posted on Twitter saying that:

Do you see this? It’s not happening. Also, the PlayStation State of Play on August 6, 2020, with preorders potentially starting immediately afterward. Did you learn NOTHING from that recent shit show I supported you in? Yeah… you’re on your own. Good luck.
Alongwith the below images:

If you see the images you get to know more about the PS5 showcase event. And as two dates are mentioned 6 august ad 10 august. So, it’s better to consider a timeframe of August 5 to August 11 for a play event.
What to expect: More about UI, games and specifications.

TikTok CEO slams Facebook: We are not the enemy| TikTok woes have greater transparency!!