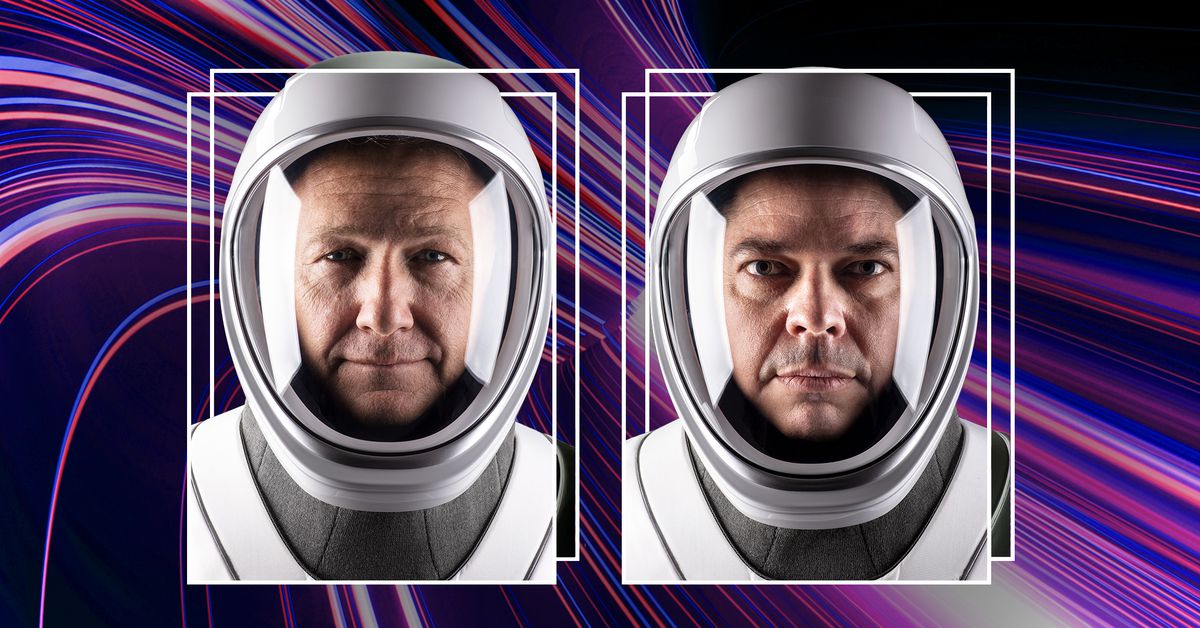 NASA astronauts Bob Behnken and Doug Hurley are about to star in the biggest spaceflight event of the decade: launching on the inaugural flight of SpaceX’s Crew Dragon spacecraft. For years, they’ve anticipated this moment, picturing throngs of people lined up on Florida’s beaches to watch them ascend into the sky.

“Everyone is like, ‘When is it going to be? Am I going to get invited?’” Hurley told The Verge last year of the texts he received from eager friends and family. “It’s fun … being able to have a lot more people come and enjoy and see a launch in Florida than they would be able to in Kazakhstan.”

Now, their launch will likely look very different, as the COVID-19 pandemic continues to grip the nation. That electric atmosphere they expected will mostly be absent for this monumental flight as NASA has urged spectators to watch the launch from home — and it’s what the two astronauts want, too.

“It certainly is a disappointing aspect of all this pandemic is the fact that we won’t have, you know, the luxury of our family and friends being there at Kennedy [Space Center in Florida] to watch the launch. But it’s obviously the right thing to do in the current environment,” Hurley said during a press conference this month.

“It certainly is a disappointing aspect of all this pandemic is the fact that we won’t have, you know, the luxury of our family and friends being there.”

Even though the atmosphere will be different, Hurley and Behnken, both longtime colleagues and friends, are still set to make history together when they board the Crew Dragon on May 27th. They’ll be the first passengers that SpaceX has ever launched into space, and they’ll also be the first people to launch to orbit from the United States since the end of the Space Shuttle program in 2011. All of NASA’s astronauts have had to fly on Russian rockets out of Kazakhstan for nearly the last decade. But thanks to a partnership with NASA, SpaceX is set to start launching the agency’s astronauts from Florida once again with the Crew Dragon, beginning with Behnken and Hurley.

This afternoon, Behnken and Hurley will touch down on the coast of Cape Canaveral, Florida, a week before they board the Crew Dragon and blast off to the International Space Station. The duo has been preparing for this moment since NASA assigned them to this mission in 2018. To train, they’ve been traveling back and forth from their home bases in Houston near NASA’s Johnson Space Center to SpaceX’s headquarters in Hawthorne, California. Both have flown on the Space Shuttle twice before, and together they have spent nearly 1,400 hours in space.

The difference is that, unlike the government-made Shuttle, this is a mostly private spacecraft. And that’s meant adjusting to a new way of doing things.

For one, SpaceX’s Crew Dragon sports a much different style and aesthetic compared to the Space Shuttle. In the place of a console filled with buttons, switches, and joysticks are glossy touchscreens and minimal architecture. At Hawthorne, Behnken and Hurley have been practicing how to interact with the Crew Dragon’s sleek interior while suited up in SpaceX’s custom space suits, with gloves that are capable of controlling the Crew Dragon’s touchscreens. They’ve learned how to fly the Crew Dragon manually with just the screens, though the vehicle is designed to fly on its own with minimal input from its passengers.

It was a weird transition at first. “Growing up as a pilot, my whole career, having a certain way to control the vehicle, this is certainly different,” Hurley said during a press conference. “But you know, we went into it with a very open mind, I think, and worked with them to kind of refine the way that you interface with it.” He added: “It was challenging, I think, for us and for them at first to kind of work through all those different design issues. But we got to a point where the vehicle from a manual flying standpoint with the touchscreen applies very well.”

But the new style has its benefits. Behnken and Hurley have given SpaceX their inputs on design and procedural changes that they think should be made, and SpaceX has obliged — quickly.

“That’s really been appreciated, just how quickly they were able to turn around differences for what we’d like.”

“The thing that I have seen that’s different is that when we did Shuttle things, we would say, ‘Hey, I keep screwing up this procedure. Can we change the procedure so no one screws it up ever again?’ Hurley told The Verge last year. “That would be really hard. ‘We’ve got to talk to 100 people and figure all that out.’ Here, when we need to change something, they can turn on a dime and get it [done] for the next mission or the next simulation that we go off and do. That’s really been appreciated, just how quickly they were able to turn around differences for what we’d like to see from simulation to simulation.”

An invaluable part of their training is the fact that Behnken and Hurley have been good friends since they were first selected to be astronauts in 2000. In fact, they became so close that they were in each other’s weddings when they each married fellow astronauts from that same class. They claim that their friendship provides a certain level of trust that only comes from years of knowing one another.

“We’ve worked together so long that there’s a part of the training that we don’t have to worry about,” Behnken told The Verge last year, adding, “It is important for us. I already know what Doug’s responses are going to be in a lot of different situations. I know if he’s ahead or behind on whatever we’re working on, in the same way that he knows that about me. That makes it a lot easier. Those aren’t extra words I need to put into the communication. He can just glance at me and know what my status is.”

“We’ve worked together so long that there’s a part of the training that we don’t have to worry about.”

Though the two astronauts are certain of each other, the time leading up to this launch has been less than certain. The target date for this flight has been in flux over the last couple of years, as SpaceX has experienced technical issues and delays that have pushed back the launch date. The two astronauts have been waiting along with much of the public to figure out when they would fly. “Our job is to be ready when a launch date turns up,” Behnken said during a press conference in January. “And so we’ll do our best to be sure that we are ready and [we’ve done] all we can for that date.”


The Verge’s profile of Behnken and Hurley during training in early 2019.

Now, it’s also unclear when they’ll come home. Originally, this trip was supposed to last just a week or two. It’s a test, after all, meant to demonstrate all of the crucial features of the Crew Dragon with passengers on board. But because of delays getting to this point, NASA needs Behnken and Hurley to remain on the station for maybe a few months when they arrive. In preparation for the Crew Dragon to start flying, NASA started to ease up on buying seats for its astronauts on Russia’s Soyuz rocket. But when delays continued with the Crew Dragon program, NASA’s presence on the station began to dwindle, and there is just one NASA astronaut living on the space station at the moment. So NASA made the decision to extend this mission so that the agency can have a larger crew to maintain the ISS.

“We want everybody to enjoy this and relish this moment in US space history.”

NASA will decide when Behnken and Hurley will return home once they’re already on board. Since both of them are married to astronauts, they say their families are used to such uncertainty. “My wife … she’s also an astronaut and understands a lot of what I’m going through,” Hurley told The Verge this month. “She spent six months on [the] space station when our son was three years old. So it certainly is not completely foreign to us. And I think, you know, she’s somebody who understands that these things change.”

The astronauts also acknowledge how weird it is to launch during this time of uncertainty for everyone, but they know the flight has to move forward.

“It’s been a long road to get here, and I don’t think either one of us would have predicted that when we were ready to go fly this mission that we would be dealing with this as well. But we just want everybody to be safe,” Hurley said during a press conference. “We want everybody to enjoy this and relish this moment in US space history, but the biggest thing is, we want everyone to just be safe and enjoy it from distance.”