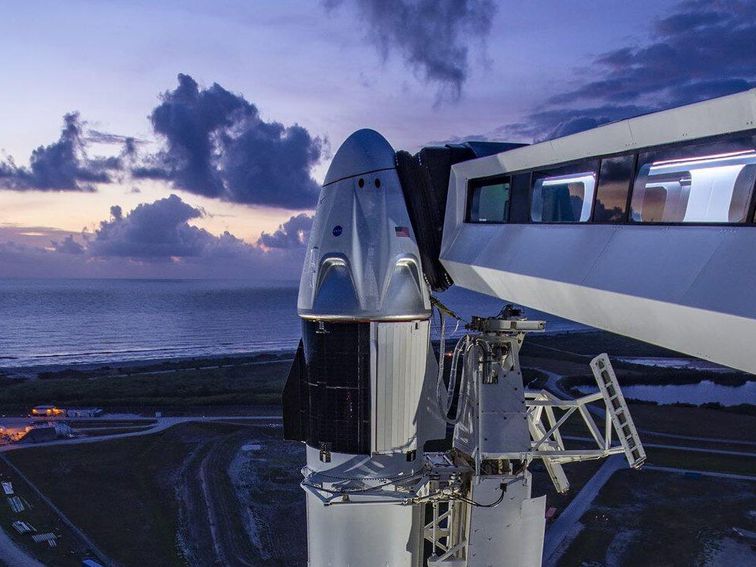 SpaceX and NASA will need to wait for their historic launch to the International Space Station after inclement weather postponed the first crewed flight of the Dragon Wednesday.

Astronauts Bob Behnken and Doug Hurley were supposed to launch from Florida aboard a Falcon 9 rocket at 4:33 p.m. ET on Wednesday. Hans Koenigsmann, a vice president at SpaceX, said earlier in the week that preparations were complete, but to get off the ground, the team would need “the weather gods … working with us.”

NASA astronauts are about to fly a spacecraft using only…

The weather gods, it seemed, had other plans. Demo-2 was down to about 17 minutes before launch when SpaceX and NASA officially called it off.

“We did have to scrub because of [the] weather,” the SpaceX team announced during its live webcast. “To be more specific we were still in violation of one of the weather criterias: the strength of electric fields in the atmosphere.”

We needed a little bit more time if we were going to clear that launch weather constraint.”

Falcon 9 and Dragon had an instantaneous launch window, so SpaceX weren’t able to hold the count and wait until the weather passed. The fuel used to propel the rocket cannot sit in the booster on the pad, where it warms up and can affect performance, and the ISS orbits the Earth — so any hold would affect the ability to essentially aim Crew Dragon at the space station.

All in all that means we’ve got another few days of anticipation and hype-building to come.

The weather could again be a factor, with recent reports from the 45th Weather Squadron showing only a 40% chance of favorable weather for both backup launch times.

To find out how you can (hopefully) watch the launch this weekend, head to CNET’s launch guide for everything you need to know.

All systems go for SpaceX and NASA in historic astronaut launch

A NASA mission like no other: SpaceX makes spaceflight modern again