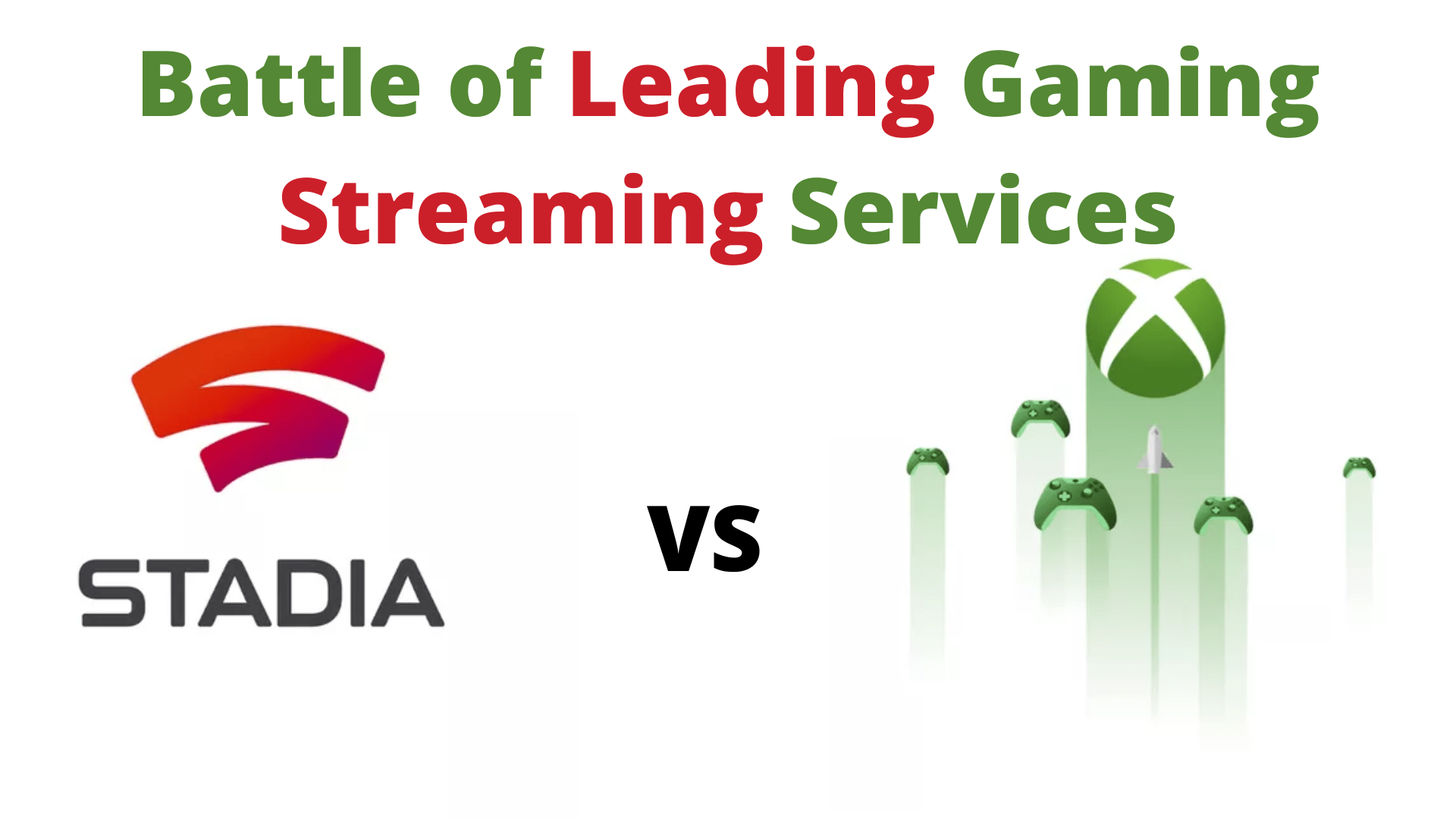 The Two giants, Stadia vs. xCloud, are the best game streaming services, but Which one is best of the two? Microsoft project X cloud comes first to the industry but Google stadia had taken a VIP entry too. If you are a game freak then these platforms are for you. Spending little bucks, you can have loads of fun. If you are confused between which cloud game streaming you want to choose, you can scroll down the article below, know the differences between two, and ease out your confusion.

Online streaming is today’s trend whether it be entertainment, music, or gaming. Technology is bringing more and more comfort to people’s life by introducing the idea of “on-demand access“. Now you can watch TV shows and movies, listen to your favorite songs or even play games anywhere anytime. Though the streaming platforms have subscription charges, that’s worth! To bring fun to everyone’s life who can not afford a gaming console and who can not buy individual game subscriptions, online game streaming has introduced.

Now I am going to discuss the differences between the two based on price, games, platforms supported, streaming quality, and more. Scroll down!

Both Stadia and Cloud have monthly subscription charges.

Not much information is shared for Microsoft project XCloud.

More things ill be added soon to XClud soon and payers are waiting for E3 2020 announcement.

How to Get Free EA Access Codes? Top methods

Google stadia have a collection of 40 games with one exclusive.

XCloud has 93 games with 4 exclusives.

Call of Duty: Mobile Season 9 will be released on 16 August with new maps and these changes !!

So friends, which gaming platform you want to choose between Stadia vs. xCloud solely based on your choice of games and budget.

I hope you would like this difference and have a clear understanding of the two giants.