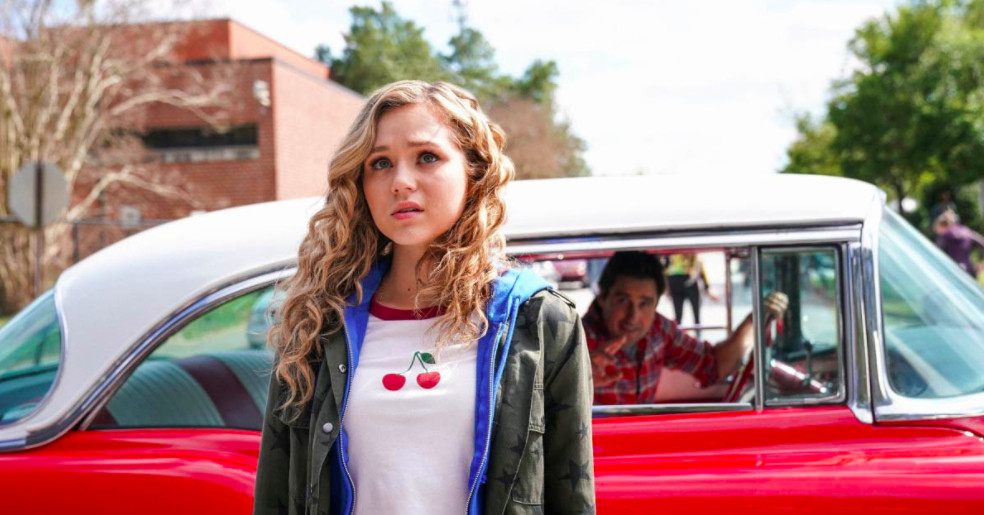 Here’s something that can be easy to forget about comic book superheroes, given how popular they’ve become over the last decade: they’re really quite old. This is especially true for DC Comics characters like Batman and Superman, who were created in the 1930s. Comic books were extremely different then, and many superheroes of the Golden Age were specific to their era in ways that don’t necessarily translate to modern success outside of the odd period piece. Stargirl is a modern love letter to those old superheroes, but it never really sells you on why you should love them.

Stargirl — which you can watch Mondays on DC Universe or a slightly edited for broadcasting on the CW on Tuesdays — begins 10 years before the present day in the middle of the final battle between the Justice Society of America and the Injustice Society. The good guys (guess which ones those are) lose — badly. In his final act, the superhero Starman (Joel McHale, of all people) gives his sidekick Pat “Stripey” Dugan (Luke Wilson) the source of his power, the Cosmic Staff, telling him someday, someone worthy of it should get it — just not Stripey.

Ten years later, that person turns out to be Courtney Whitmore (Brec Bassinger), Dugan’s new stepdaughter. Courtney’s life is about to get a big shakeup as she and her mother, Barbara (Amy Smart), are about to move Blue Valley, Nebraska, with Pat and his terrible son Mike (Trae Romano). Shortly after the move, Courtney finds Pat’s collection of Justice Society memorabilia along with the Cosmic Staff, which appears to have a mind of its own and seems to choose Courtney as Starman’s replacement.

Unfortunately for her, the former members of the Injustice Society are still around and would very much like Starman to have no replacement. And so the stage is set: Courtney becomes Stargirl, Pat becomes her backup / mentor, and the former Injustice Society members are the villains.

Much of Stargirl is devoted to nostalgia. Blue Valley is the very picture of good fashioned Americana: a bustling Main Street, a homey-looking suburb, and a general pleasantness that keeps Pat Dugan’s aw-shucks demeanor, ‘50s roadster, and teal icebox-style fridge from feeling out of place. While the local high school is sufficiently diverse, Blue Valley is a town that appears untouched by said diversity, the lily-white Dugan / Whitmore household the town’s unspoken standard.

Much of ‘Stargirl’ is devoted to nostalgia

There’s also more overt nostalgia in the way that Stargirl is secretly about bringing back the Justice Society of America, a set of DC superheroes that embody the old-school heroics of a simpler world. Throughout the first three episodes made available to critics, Stargirl slowly starts to suggest that there might be a point to all of this: Blue Valley’s wholesome Americana might be exploited by the civilian alter-egos of the Injustice Society, as a plan to restore the town seems to have a secret sinister motivation. There’s also the fact that Courtney / Stargirl is rebuilding the JSA with a new generation of recruits, which hints that the show might display some interest in the disparity between Blue Valley as idealized by the previous generation and Blue Valley as it exists. But I won’t hold my breath.

Mostly, Stargirl is just aiming to be a pleasant show about a young girl trying to fit into a small town and fight against expressly evil men who want to rid the world of heroes. It’s saccharine and more than a little corny, but it’s also hollow. Superheroes are metaphors, as big and obvious as some of them can be like, say, Captain America. And that’s the entire point: a simple mantra or belief to rally behind, something decent or true to embody in the middle of a messy world. If Stargirl has that heart, it’s taking its sweet time to show it.