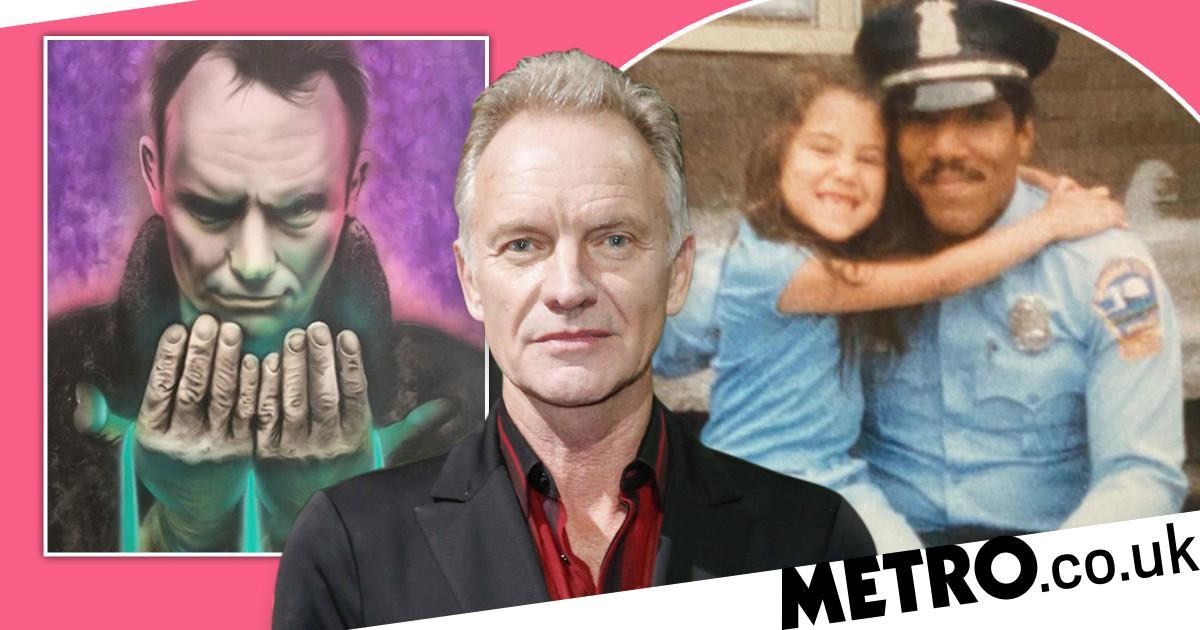 A Sting fan who requested the singer to receive his painting of him before his death has had his wish come true.

The fan, whose has not been named, worked as a New York policeman for 20 years and had a passion for art, creating his own painting of the 68-year-old. His story was subsequently shared to the Humans Of New York Instagram account.

‘He worked at an auto shop, airbrushing designs onto the side of vans,’ his stepdaughter explained to the account. ‘I think he dreamed of being an artist.

‘But he needed something more stable. So after he decided to marry my mum, he became a cop.’

She revealed that in the midst of his career, he ‘never lost touch with his creative side’, and even built an art studio at their house – and it’s the very place where the painting of Sting was brought to life.

‘He painted a single painting – a portrait of String that he copied from an album cover,’ she continued. ‘But he got busy with work and never used the studio again.

Unfortunately that ‘time never came’, as he was diagnosed with multiple sclerosis in 1998.

Towards ‘his final days’, the two were going through his belongings, when they came across the painting.

‘I pulled the Sting painting out of an old box, and asked: “What should I do with this?”

‘His response was immediate: “Give it to Sting,” he said. All of us started laughing. But dad grew very serious.’

It wasn’t long until Sting’s daughter, Mickey Sumner, noticed the social media post, and confirmed she had gotten in touch with the stepdaughter.

‘Update: we connected!’ his stepdaughter revealed. ‘And working out logistics. Love love love.’

Today (22 May), she announced that the painting is being personally delivered to Sting, and has set up a fundraising page for the National Multiple Sclerosis Society Covid-19 Response Fund.

‘For those of you who followed the incredibly touching story on @humansofny this week – here is an update,’ she added on her Instagram page. ‘The painting was picked up & shipped today. Thank you @cratersandfreightersphoenix!!, my dad should have it in a week!

‘If you were as moved by this story as I was, please consider donating. Even a dollar. Don’t have a dollar: maybe you could help spread the world.

‘Collectively we could really make a difference & spread this love further.’

She later added: ‘Thank you to my dad @theofficialsting for all the art, inspiration & love you bring into this world. I Love You.’

We promise we are not crying.

MORE: Katy Perry jokes pregnancy ‘turning her into Shrek’ as she gets closer to due date