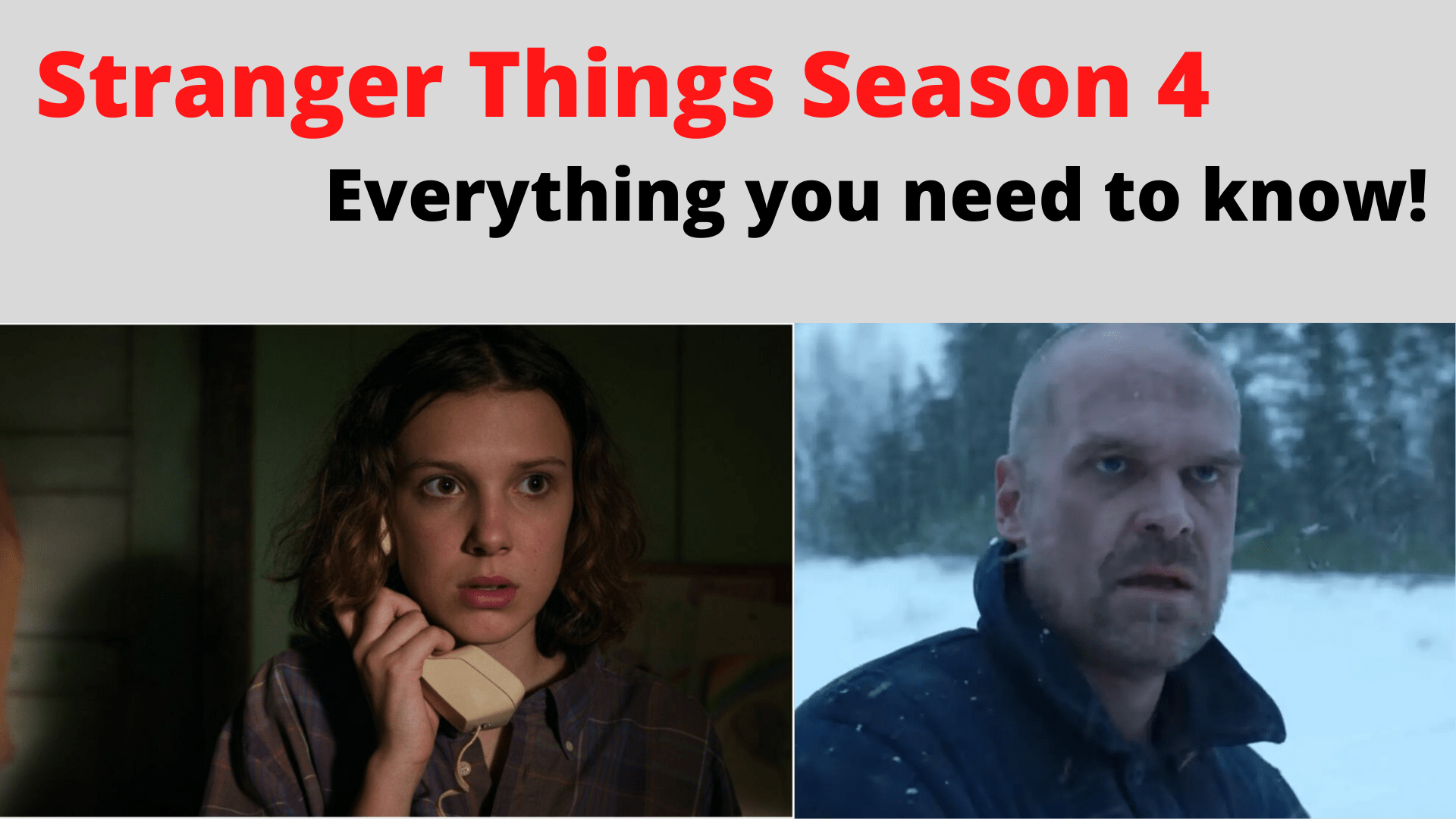 Are you a fan of  Stranger Things? Are you too waiting for Stranger Things season 4?  The confirmation of Stranger things Season 4 has already been announced by Netflix on September 30th. Netflix posted a video of Season 4 and released it on Instagram as well. This shows that season 4 is coming but when? who is going to cast? Will Hopper come back? A series of questions are running into the viewer’s mind! If you too have these questions in your mind, Scroll down the article below and read all about Stranger Things Season 4.

Stranger things Season 1,2,3 gained a lot of popularity and hit the internet. Season 1 had come up with 8 episodes, Season 2with 9 episodes, and season 3 again with 8 episodes.  At the end of season 3, Hopper died but in season 4 trailer hopper can be seen with changed looks and shaved head.  The latest updates running around the internet about season 4 are that David Harbour teases Hopper’s “darker palette”, The Duffer Brothers tease some “cool” guest stars in season 4 and Joe Keery says season 4 is going to be “a lot scarier”. Let us know each and everything in detail about expected season 4 of the show.

So, the next season 4 is expected to release in next summer!

When does the production begin?

For this, the answer is YES! There is no official announcement for this, but one of the fans has revealed this. Read what he said:

“Filming has begun in Rome, Georgia. They’re currently filming behind my brother’s house on E 9th,” a fan remarked on Reddit, sharing a photo of a film set with Hopper’s iconic truck in view.

Currently, the production has paused due to pandemic around the world.

How many episodes will be expected in season 4?

This is still in doubt! but after collecting information from previous seasons, I would say that season 4 ould come up with 10 episodes, Expectedly!

I made an assumption like if Season 4 would be the last one, then it may have some extra episodes to cover up the whole.

Will Season 4 be the Final Season in the series?

Expectedly! No official statements yet, that it would be last or previous to last!

Who will cast in Stranger Things season 4?

It is always expected to have some new faces but viewers expect old faces returning too!

These below-given characters will surely return.

The last two have been promoted, so these are expected to see more!

But the main question here arises, Is Hopper still alive? Will hopper be seen in Stranger things season 4.

Will Hopper come back??

At the last of Season 3, the season ends up with a dead hopper but there was nobody found and it also came to light that Russians have an American in captivity.

In an interview, David Harbour, who plays Hopper, also hinted that the captive American is most likely his character.

Stranger Things’ ‘Eleven’ Millie Bobby Brown Broke Up With Jacob Sartorius As He Used to Ask Nudes From Fans?

Hey friends, I hope you like the article and come out of the confusion. This is all about Stranger Things season 4. I guess now the things are clear to you about the upcoming Season!

Mention in comments your valuable feedback. Thank you!