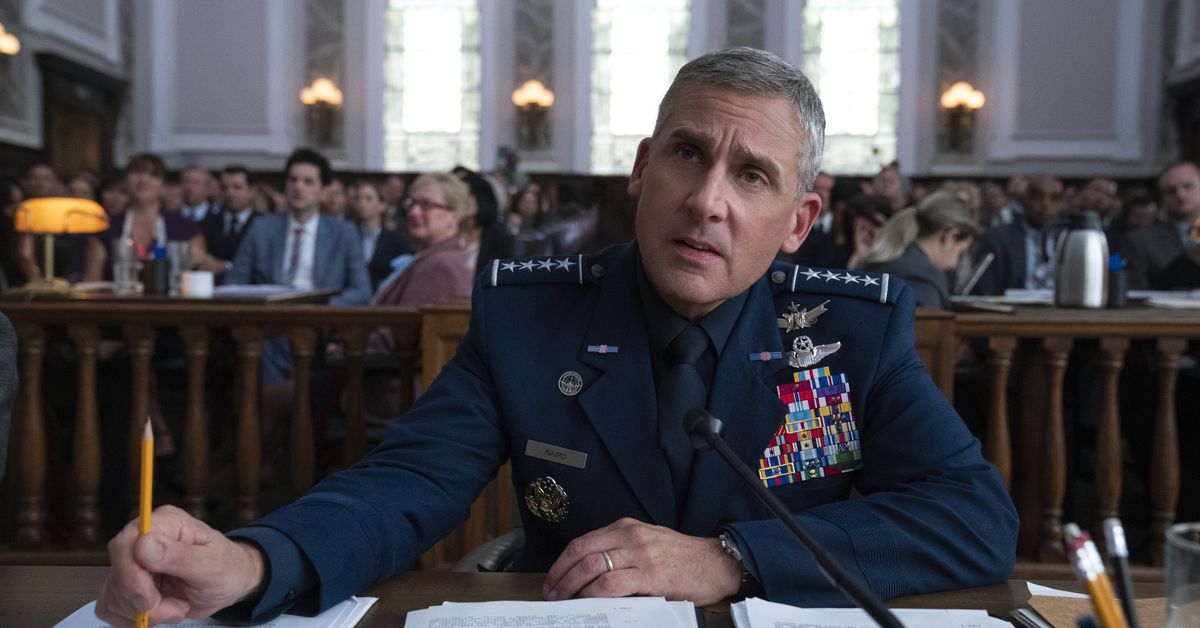 One of the new streaming shows I’ve been looking forward to most, Netflix’s Space Force with Steve Carell, debuts this week. I definitely need something funny and smart in the lineup— I started watching I Know This Much is True and now catching up on Ozark, so a less morbid/bleak show will be a welcome change.

Here are three shows on the lighter side (or at least, the less-dystopian side) coming to streaming this week:

Australian comedian Hannah Gadsby, probably best known for her stunning, Peabody Award-winning standup show Nanette, is back, bringing her latest comedy standup show Douglas to Netflix (fwiw, Douglas is the name of one of her dogs).

Egyptian-American Ramy Hassan returns in this heartfelt comedy about a man striving to better understand himself and his faith. The second season includes Oscar-winner Mahershala Ali as a sheikh trying to give the title character the guidance he craves. Ramy Youssef stars.

The Verge’s Julia Alexander describes Space Force as “if Michael Scott from The Office was given a team of scientists and astronauts and free rein to develop a program that would give the United States complete dominance over space” which sounds amazing tbh. Steve Carell, John Malkovich, Lisa Kudrow, Jane Lynch, and the late Fred Willard star.