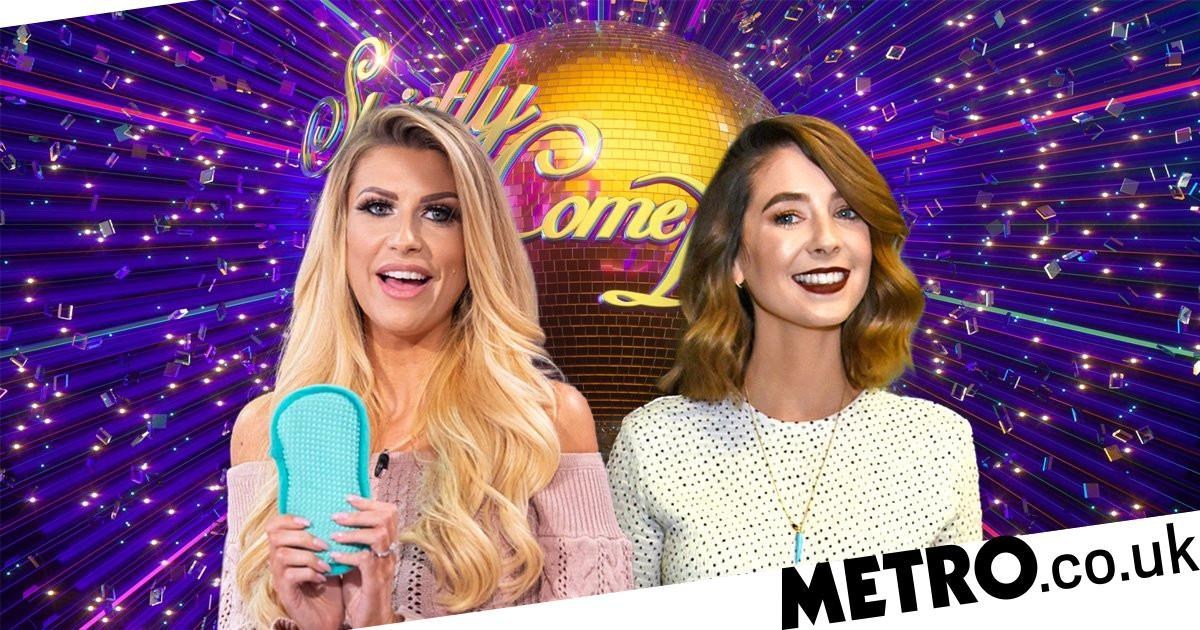 Strictly Come Dancing bosses are looking to book a big social media star in an attempt to attract a younger audience to the upcoming series of the BBC show.

According to reports, producers are eyeing up the likes of Mrs Hinch and YouTuber and influencer Zoella, as well as TikTok star Holly H for the 2020 line-up.

Last year, Zoella’s brother Joe Sugg competed in the programme alongside vlogger Saffron Baker, with a source disclosing that they ‘proved booking a big name from social media attracts a young audience.’

The insider continued to The Sunday Mirror: ‘Holly H, Mrs Hinch and Zoella are very much on the bookers’ radar.

‘Most of Strictly’s older viewers will not know what TikTok is but it is becoming such a big platform they think it will be a perfect way of attracting young fans to the show.’

BBC boss Kate Phillips revealed that they are ‘looking very carefully’ into airing Strictly this year.

When chatting on a video call held by the Edinburgh TV Festival as part of its The Controller series, Kate said (via PA): ‘We are absolutely looking very carefully at Strictly and how we could do Strictly this autumn.

‘That is absolutely one of our big priorities, making sure we can bring you a great Strictly. But I think inevitably things are going to change.’

Meanwhile, head judge Shirley Ballas said that she was certain the show would return in 2020.

Speaking to The Sun, Shirley said: ‘I spoke to some people and they will do anything and everything to make sure that show goes on. ‘

We are in tough times with the coronavirus but where there is a will, there is a way. ‘I feel like they will come through.’

Metro.co.uk has contacted Zoella, Holly H and Mrs Hinch’s reps for comment and the BBC.

Strictly Come Dancing is expected to return in the autumn on BBC One.