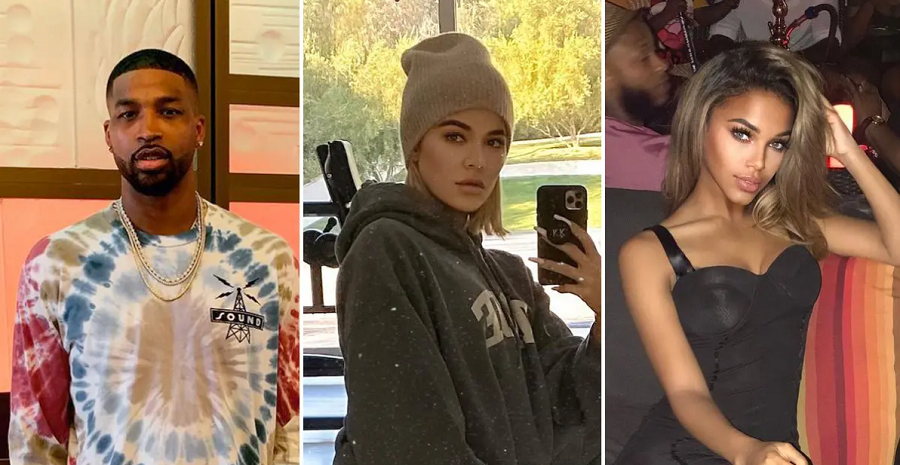 Sydney Chase is apparently refusing Tristan Thompson’s claims of issuing out a cease-and-desist letter over her dishonest scandal accusations.

Once again Tristan Thompson is under fire for his so-called cheating against Khloe Kardashian. Only this time around, the apparent side chick isn’t backing down from her asserts. Sydney Chase is seemingly denied the Keeping Up With The Kardashians star’s claims of issuing a cease-and-desist order.
The professional basketball player Thompson came into the limelight with the whole new asserts after spending the last year trying to gain Khole’s faith again from his prior cheating scandal. The couple reunited last year and stake their plan to have another baby together earlier in 2021.
But unfortunately, all their happiness has allegedly been shattered once again after an Instagram model came and claiming her affair with the NBA player!!

Most recently, Sydney shared a screenshot of a DM Khloe seemingly sent her asking to speak privately and keep the talk confidential. With Sydney making it clear that she’s not retracting her claims, Tristan tried taking matters into his own hands.

The NBA champion responded to the cheating claims by threatening a lawsuit and having his lawyer Marty Singer issue a cease-and-desist to Syndey, TMZ reports. In the letter, Singer accused Sydney of making “malicious defamatory fabrications,” about the father of two. “Mr. Thompson had no relationship with you whatsoever and he never sent you any such texts,” the letter read. Singer also accused her of making up conversations she allegedly had with Tristan. “It is obvious that you are a liar,” Singer said. The model was warned to stop “defaming” the pro athlete noting if, “you do so at your peril since you may find yourself in court attempting to defend your indefensible misconduct.”

But Sydney appeared unphased by Tristan’s legal move. She took to her Instagram Story to say she hasn’t received any cease-and-desist and sent a message to the ballplayer. “Let this be a lesson to not let anyone no matter the money or fame they have, to shut you down or tarnish your name,” she said. Tristan’s legal team remains adamant that a letter was sent to an email they believe belongs to her. His team also expressed suspicion of Sydney over reports of her allegedly pitching a reality TV show. They had the interview pulled from the No Jumper podcast.

She recently posted a photo showing how much her following has grown since making the cheating allegations. If she is blasting Tristan for publicity, she appears to be fully embracing the risk. With her having yet to deny the claims or retract any of her statements it still hints at the strong possibility of them being true. Tristan might have some explaining to do.