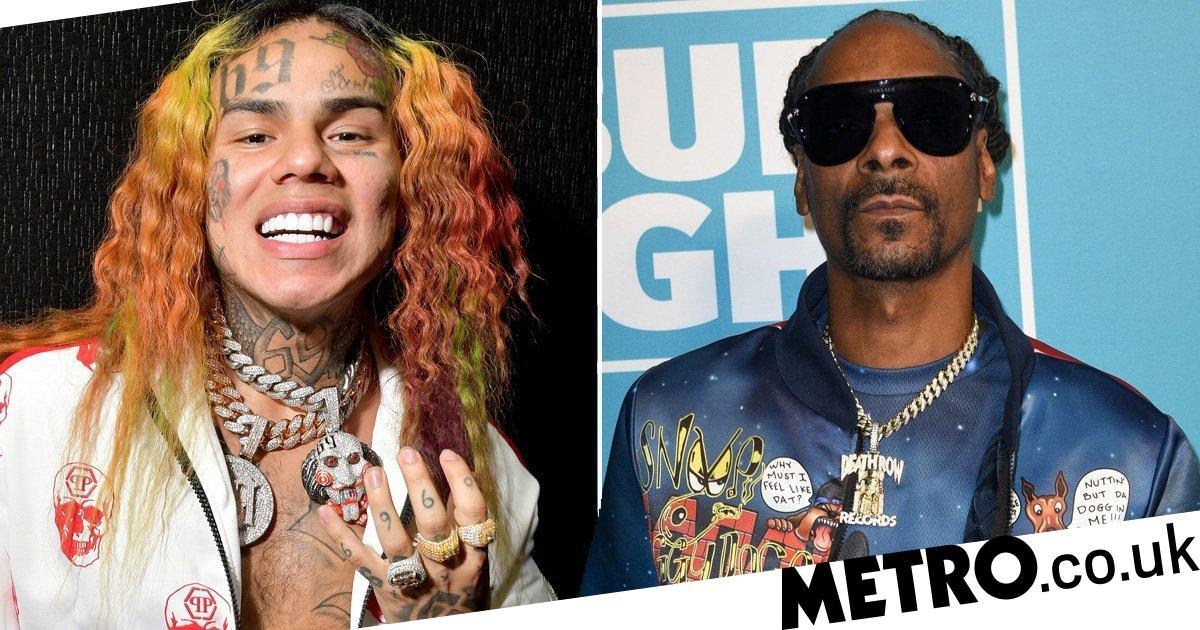 Snoop has made it quite clear that he isn’t a fan of Tekashi, who was recently released from prison early due to fears he could catch coronavirus.

US star Tekashi – real name Daniel Hernandez – had served 17 months of his two year sentence, after being found guilty of racketeering charges.

He was arrested in November 2018 and had faced 47 years in prison, after admitting to joining the Nine Trey Bloods gang, which he contributed to financially.

Tekashi turned on other alleged members of the Nine Trey Bloods gang as part of a plea deal to cut down potential jail time and has since defended his decision to ‘snitch’.

And after Snoop called him a ‘rat’and criticised the support Tekashi has seen, Tekashi has now accused Snoop of doing the one thing he says he can’t stand… ‘snitching’.

Tekashi claims that Snoop ‘snitched’ on Suge Knight, who is currently imprisoned.

The Gooba rapper claimed on his Instagram story that he was told which rappers have snitched in the past and when The Shade Room published his post to their page, Tekashi tagged Snoop, commenting: ‘Hey sir let’s chat.’

He added: ‘ur in denial the paper work is online and suge knight speaks on it from prison but we choose to ignore who we want to call rats.’

Snoop was obviously not happy and posted a now-deleted video slamming Tekashi, according to Complex, insisting he and Suge are on ‘good terms’.

Snoop says in the alleged video: ‘Last time you said something, I ain’t have time. But today, I got time. You better get the f**k off my line, n***a. Rat boy, you really better leave me alone.

‘Yeah, you. Better leave the Dogg alone. Go find you a cat. Tom and Jerry sh*t. F**k with the Dogg, nothing nice, b*tch. Rat boy.’

Not stopping there, he denied Tekashi’s snitching claims in the comments alongside his deleted post:

It read: ‘I ain’t have nothing to do with suge knight getting time we had the same lawyers, this [rat] reaching calling me a snitch and FYI he most likely drew up the papers he do work with the [police].

‘Suge and me on great terms now, so if I told on him we would never be cool and that’s a fact.’

Suggesting he’s got no time for Tekashi coming for him, Snoop later uploaded a quote encouraging others to ‘stay away from negative people’.

MORE: The Simpsons fans are totally obsessed with Cate Blanchett’s cameo in new episode as a dog psychologist