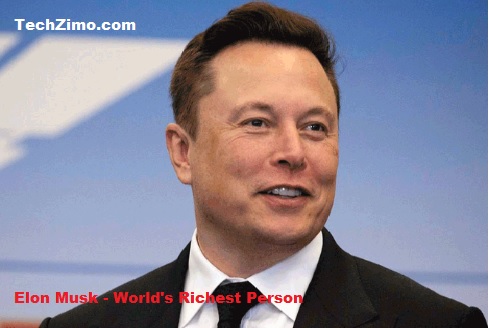 Elon Musk has become the world’s richest person, as his net worth crossed $185bn (£136bn).

TESLA Motors and SpaceX boss Elon Musk has become the world’s richest person after his net worth exceeded $185bn (£136bn). He overtook this position from the Amazon boss Jeff Bezos.

Jeff Bezos was on top since October 2017. Musk’s net worth increased to 188.5 billion on Thursday, which is $1.5 billion more than Bezos.

Jeff Bezos also has a rival in the private space sector as the Chief Executive Officer of Space Exploration Technology Corporation or Space X.

The electric vehicle company overtook Toyota last summer to become the world’s most valuable carmaker, with a market value of $207.7bn (£166.4bn) on June 2, but Tesla’s worth has more than tripled in seven months to $700bn (£516bn) on Wednesday.

That makes the car company worth more than Toyota, Volkswagen, Hyundai, GM, and Ford combined.

About half my money is intended to help problems on Earth & half to help establish a self-sustaining city on Mars to ensure the continuation of life (of all species) in case Earth gets hit by a meteor-like the dinosaurs or WW3 happens & we destroy ourselves. words said by Elon Musk on October 12,2018.

The coronavirus pandemic has meant Amazon benefited from stronger demand for both its online store and cloud computing services. However, he gave a 4% stake in the business to his ex-wife MacKenzie Scott after they split, which helped Mr. Musk overtake him.

Elon Musk tweeted ” How Strange” on the news that he becomes the richest person on the planet. He did his another tweet saying “Well, back to work…” It was Musk’s reaction came in response to a tweet from ‘Tesla Owners of Silicon Valley’ that read: @elonmusk is now the richest person in the world at $190 billion.

Don’t afraid to think big. He wants to revolutionize the car industry. All of his projects are the kind of futuristic fantasies you’d find in a kid’s magazine in the early 1980s.

Always ready to take risks in his life. That is not a small thing. Things do not remain the same all the time. Sometimes you have to face big losses in life. But he is ready for it.

JP Morgan Says, Bitcoin is The New Gold Having potential to reach $146,000 in the long term