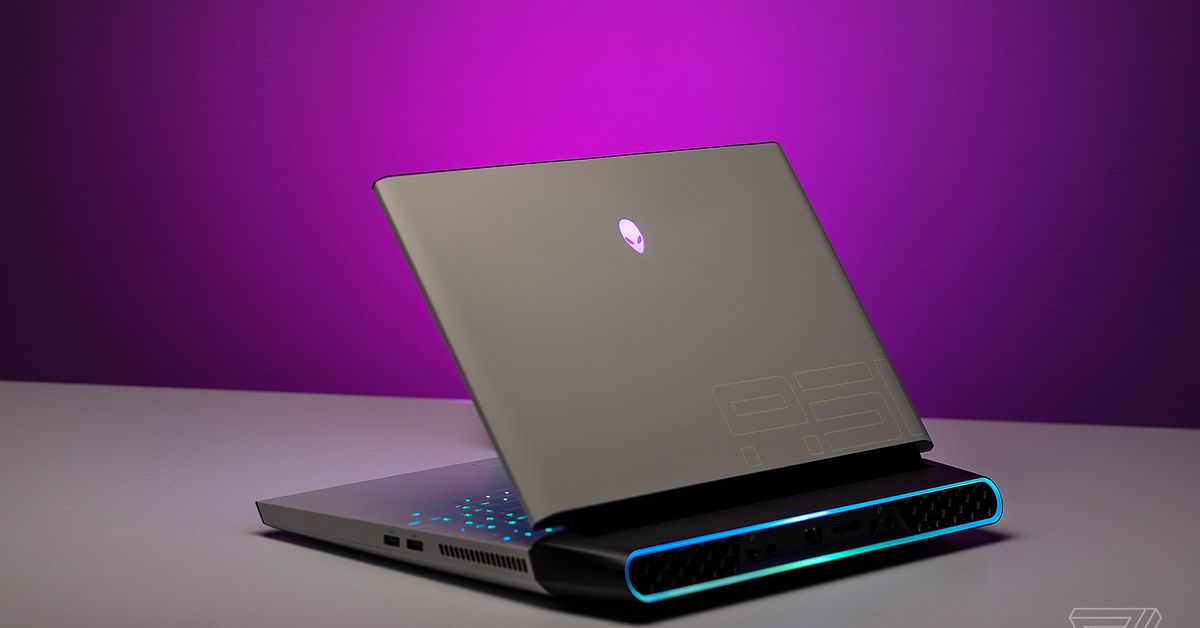 Alienware has announced the second generation of its flagship Area-51m gaming laptop, the Area-51m R2. It’s largely similar on the outside to the original Area-51m, but the specs are almost completely overhauled on the inside, with 10th Gen Intel processors, new Nvidia GPUs, faster RAM, and better display options. All of those upgrades will be limited to the new R2 model, though. Despite Alienware’s goals for future-proofed upgradable parts, the Area-51m has failed to live up to its potential.

One of the biggest draws of the Area-51m was the option for user-replaceable parts. Most modern laptops have nearly all of their internal components sealed in place in an effort to cut down on size. But the Area-51m took a different approach. It was big, easy to disassemble, and made it simple to replace nearly every internal component, from RAM to the CPU to the GPU to even the thermal cooling components. The idea was to make something more portable than any other desktop but more customizable than any laptop.

Alienware’s parent company, Dell, even built its own system for replaceable GPUs in laptops, called DGFF (Dell Graphics Form Factor) to make it easier to upgrade in the future. It’s an idea that Dell would later make good on by selling replacement RTX 2070 and 2080 modules for users who had initially bought the less powerful GTX 1660Ti or RTX 2060 cards and decided that they wanted an upgrade. Admittedly, upgrading from one GPU to another within the same family isn’t what most people do with gaming PCs.

To be fair to Alienware, back when it launched the Area-51m, the company never outright promised that it would offer new GPUs — only that customers would be able to upgrade within the selection of cards already on offer. The company even told The Verge at the time that it’d “like to be able to say yes [to new GPU upgrades]; right now, we have no idea.”

But now, with the launch of the Area-51m R2, there are new GPUs that use the DGFF format. According to Dell, the “Area-51m R1 only supports GPU upgrades within its current generation of graphics cards.” In other words: you can upgrade to the already-available RTX 2070 and 2080 through upgrade kits but not the new RTX 2070 Super and 2080 Super options that are shipping with the Area-51m R2.

You also can’t upgrade the processor in the R1 model to the new 10th Gen chips that are being offered on the R2 model; like the GPU, customers can only upgrade within the existing array of 9th Gen chips that the R1 shipped with, despite the fact that the Area-51m uses standard desktop sockets.

Not all of this is on Alienware. Intel, for example, changed the socket specifications for its new 10th Gen desktop chips, making them incompatible with older motherboards that work with the 9th Gen lineup — like the Area-51m R1. But it highlights the limitations of taking a desktop-style approach to a single laptop: desktop PC owners can easily upgrade their motherboards if they want to take advantage of Intel’s latest hardware while retaining most (if not all) of their PC’s parts. That’s not an option that’s available to Area-51m owners.

It’s hard to look at the Area-51m as anything but a failed experiment. For the massive price it costs (the first gen ranged between $2,000 to $5,000; the new model starts at $3,049.99), you can buy a more capable desktop PC that actually offers the future-proofing at which the Area-51m falls short, or you can buy a lighter, cheaper, more portable gaming laptop with better battery life that has the same lack of upgradability as the Area-51m — like Alienware’s own m17, for example.

The Area-51m was supposed to offer the best parts of desktop gaming PCs and portable gaming laptops in a single device. Instead, with its hefty price tag and limited upgradability, it’s ended up as a series of compromises that emphasize the worst limitations of both categories.