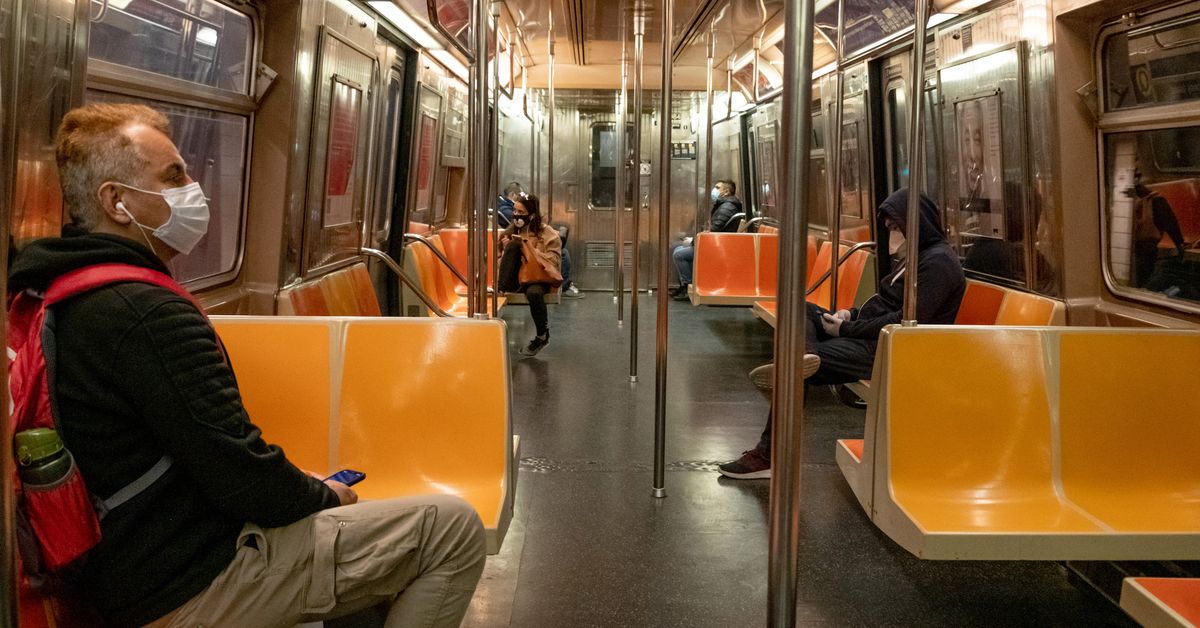 New York City’s subway system has a new app to help essential workers get around during nightly subway closures.

Earlier this month, the Metropolitan Transportation Authority, the nation’s largest subway system and the only one in the US to run 24/7, announced that it would be shutting down between 1AM and 5AM to disinfect the trains and address the growing population of homeless people in the system. At the time, New York Gov. Andrew Cuomo said the step was necessary to protect transit workers who have been especially hard hit by COVID-19. During the shutdown, the state will provide alternative travel for essential employees who need to get to and from work during those hours.

Since the subway began its nightly shutdown, the MTA has been directing essential workers to its website to find enhanced bus schedules or to book a free car service trip. Now, the agency is rolling out a new app it says can make the task of finding late-night transportation a little easier.

“Essential workers are on the frontlines of fighting this pandemic and we want to make it as easy as possible for them to travel to their jobs,” said MTA Chairman and CEO Patrick J. Foye, in a statement. “The need to perform unprecedented levels of cleaning required us to suspend subway service for four hours per night, but we want to nevertheless make transportation seamless for the heroic essential workers of New York. We hope this app will help to do that.”

The app is called Essential Connector, and it was developed by Switzerland-based software company Axon Vibe. The company is also a participant in the MTA’s “transit tech lab” accelerator program that uses cellphone data, sensors, and cameras to find solutions to overcrowded subway platforms and ineffective bus lanes. The MTA says Axon Vibe was selected because of its ability to create a new app from scratch “in a matter of days.”

The app, which is now available in Apple’s App Store and the Google Play Store, helps essential workers find a bus using the MTA’s enhanced evening schedule, or if that’s not convenient, book a free taxi trip. The home screen shows a map of the city with bus stations. Tapping a station allows the user to see live bus and train departures, including the last train arrivals of the night and available buses nearby. Over time, the map will become “personalized,” highlighting the stops the user visits most often, making trip planning faster and easier.

Essential workers are also eligible for a free, nightly taxi trip if a bus ride would take more than an hour and 20 minutes, require more than two transfers, or require a walk of more than 30 minutes to a bus stop.

The taxi trips are arranged through three companies: Curb, a ride-hail app owned by Verifone Systems, which operates the entertainment and payment systems in about half of New York City’s yellow and green taxis; Limosys, an app used to book wheelchair accessible vehicles; and Corporate Transportation Group, which also books paratransit rides. All three have preexisting contracts with the MTA.

Public transportation in New York City has been ravaged by COVID-19. The MTA has reported a 90 percent drop in ridership since the start of the pandemic. The agency has curtailed some train and bus service to address the drop in riders, but many essential workers still count on transit to get to and from work every day. Over 80 MTA employees have died from the virus.