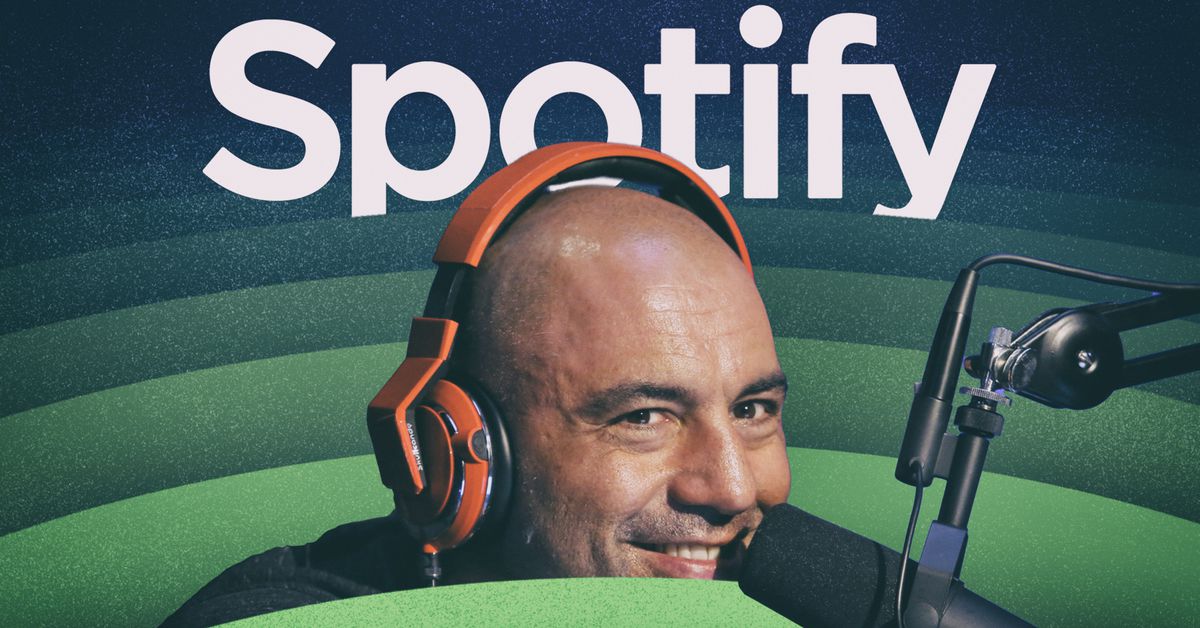 In what’s likely the biggest deal ever for a single podcast, Spotify announced this week that Joe Rogan’s enormously successful show, The Joe Rogan Experience, will become a Spotify-exclusive. Combined with a blockbuster spree of other podcast acquisitions over the last year and a half, the company is now set up to become the biggest name in podcasting — and to possibly control podcasting in an unprecedented way.

There’s never been a single podcasting company that sells ads, makes shows, has an already-popular podcast player, and offers the tools to make new series. Spotify now has all of that, and the Rogan deal means it also offers a hit show that guarantees millions of people will regularly use its platform for podcast listening.

The deal also, however, might foreshadow a future for the broader podcasting industry in which two sects develop: one that values privacy and an open ecosystem and another that’s closed-off and built around locked-down shows and targeted ads, like Spotify.

Fuck Spotify, and fuck any “podcast” that’s only playable in one app.

Spotify made its podcasting ambitions known last year with three key acquisitions. It bought two podcast networks — Gimlet Media (known for Reply All) and Parcast (a true-crime and mystery network) — plus a company called Anchor that offers easy-to-use podcast creation tools. All together, Spotify reportedly spent around $400 million for the three companies combined.

This year, Spotify continued to spend big on talent acquisitions. In February, Spotify acquired The Ringer and Bill Simmons’ flagship show, reportedly for around $196 million. And now there’s Rogan’s deal, which could reportedly cost Spotify more than $100 million. The team spent a lot of money all in an effort to lock down some of the industry’s top content and commit their series — and ads — to Spotify.

Spotify sees a massive business opportunity around podcasts. For one, no single competitor can take the company on by itself. Apple, the biggest name in podcasting up until now, has mostly left Apple Podcasts alone, letting listeners freely come and go and allowing creators to upload their RSS feeds, without Apple trying to take a stake in them. Apple doesn’t make shows right now, and it also doesn’t sell ads, which would go against its privacy-oriented position anyway. Spotify can own this space. Even if Apple wanted to compete, it now would have to find other big shows to acquire, and Spotify has a huge head start.

Spotify has a massive lead on other companies

Even more importantly, though, these podcasts cost Spotify a lot of money up front but could pay off in the future. Whenever someone streams a song on its platform, it has to pay the record label for that listen. But with podcasts, the company doesn’t have to pay a third party. With exclusive deals and its own programming, it’s actually making money off each listen because of the ads it places. Even premium users hear ads in Spotify podcasts, so Spotify double-dips with revenue in those cases.

Podcasts could be lucrative, which is why even though it spent hundreds of millions of dollars on acquiring talent and tools for its platform, it’ll likely recoup that money. Midroll, another podcast ad network, says advertisers can pay anywhere from $18 to $50 per 1,000 listeners that a show reaches. Joe Rogan says his show reaches 190 million downloads per month, meaning he could, on the low end, bring in $3 million in ads per month. Forbes says Rogan made $30 million last year.

Rogan’s show will still be free to listen to on Spotify; people won’t need to pay for Spotify Premium to hear or watch it, although they will pay with their data, which helps Spotify sell more lucrative ads. Spotify will jointly sell the ads for Rogan’s show, so free users will hear those ads, plus any additional ads that run in the course of using Spotify’s platform. Spotify doesn’t need everyone to subscribe because it makes money off them either way.

Big names, like Rogan, might bring people to Spotify, but it’s a large show library that keeps them there. That’s also been part of Spotify’s strategy: offering podcast creation tools so more shows are made, and they pad its catalog. Spotify says it now lists more than a million podcasts, and during the first quarter of 2020, 70 percent of shows were created with Anchor.

On top of all these acquisitions and deals, Spotify has also created new tech for generating playlists and inserting ads. It algorithmically generates podcast playlists and has launched its own advertising tool called Streaming Ad Insertion that lets targeted ads be placed into shows as people stream them, which, again, relies on that critical user data. It launched video podcasts in-app, which might sway some of YouTube’s popular podcasters over to its platform — if not exclusively, at least to cross-publish, to further round out Spotify’s offerings.

All of these moves allow Spotify to control the entire podcasting process from start to finish. Podcasters can make shows with Spotify tools and publish easily to Spotify’s platform. Spotify could eventually sell ads for those shows, and listeners who might already give the company money in the form of a subscription also offer up their data, which informs Spotify’s ad-targeting and purchase decisions.

It’s also setting itself up to become a podcast tastemaker with curators around the world organizing recommendation playlists; this could help it promote its own shows to its millions of users. For the vast majority of shows that aren’t as big as Rogan’s, Spotify offers a dashboard to view their analytics and learn more about their audience’s demographics, which helps them sell their own ads. Creators might be incentivized to encourage their listeners to consume on Spotify because they’ll learn more about their audience.

No other company is operating at this scale and with innovation this quick in the space. Apple has the platform and is the default player for iOS products, but it hasn’t acquired shows or sold ads. NPR makes incredible shows, but it doesn’t have a massively popular player. After only a year and a half of effort on Spotify’s part, the industry now has to contend with its most threatening competitor yet.

This all leads to the bigger question of how all of Spotify’s decisions will affect the broader podcasting industry. Spotify’s complete control over data and its push for ad targeting might lead to a world in which podcast ads more closely resemble web ads in that they’re targeted to individual listeners. That might be okay with some people, but others have already expressed concerns over the privacy implications. Listening data for podcasts is more sensitive than music, for example, because people listen to niche shows about potentially telling topics. Plus, people might end up having to use multiple apps to hear their favorite shows, and one of those, by necessity, might be Spotify.

Just as we’ve seen people on the broader web make decisions about where they browse or what email or messaging service they use based on their privacy, the same thing might happen with podcasting. Podcasting was once equal across all platforms, but it now seems like there will be two podcast worlds: Spotify versus everybody else.