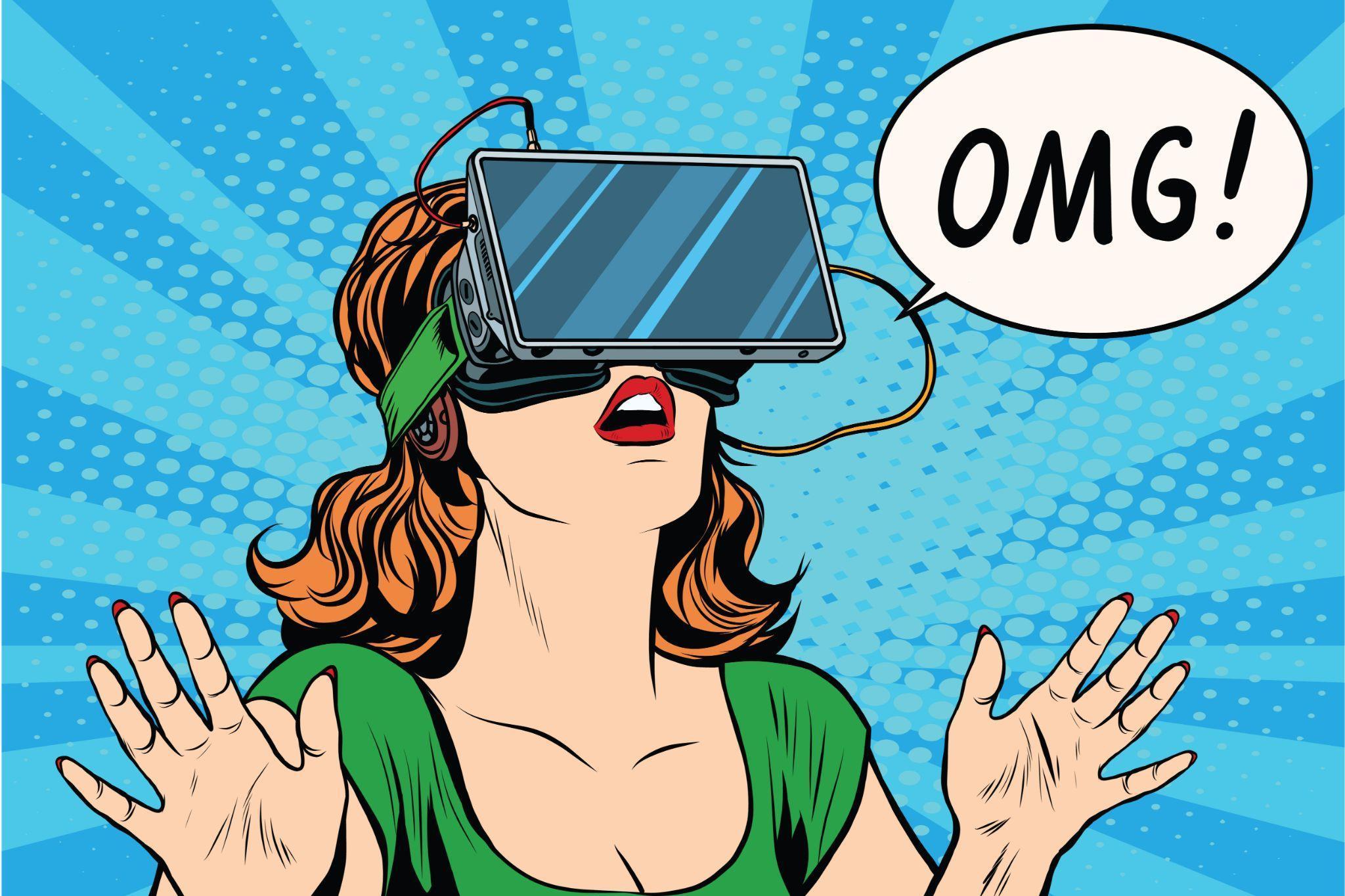 At the forefront of video game technology, virtual reality (or VR) offers immersive escapism beyond that of any other entertainment form. VR is the future of gaming as it has grown exponentially over the last decade and has gained some truly great games as of late. To help you find some of the best out there, we’ve put together a list of the Top 10 VR games currently available.

Fly to and from thousands of airports worldwide. Test your flying skills with over 20 different aircraft, each plane recreated down to the tiniest detail. Thanks to VR support, Flight Simulator 2020 is the go-to game for ultra realistic simulation.

No Man’s Sky offers players an entire universe to get lost in. There are literally billions of planets to discover and explore. Ambitious even by today’s standards, publisher Hello Games has crafted a procedural experience like no other.

Gather resources, build bases and spaceships, tame creatures, dogfight in the void of space, spelunk in some caverns, or become an explorer of alien civilizations. There’s so much to do in No Man’s Sky that it’s almost overwhelming. Almost.

Stuck alone on an alien planet, Subnautica crash-lands you on an ocean world ripe for discovery. Gather what you need to survive, and discover the mysteries held beneath the waves of this inspired world.

In this award-winning underwater wonderland, you’ll find many creatures of alien beauty, strange kelp forests glowing with warmth, and depths that are truly intimidating to navigate. Conquer your fear of the void as you venture ever deeper in search of the truth. Subnautica’s atmosphere is thick with immersion and draws you in like no other. 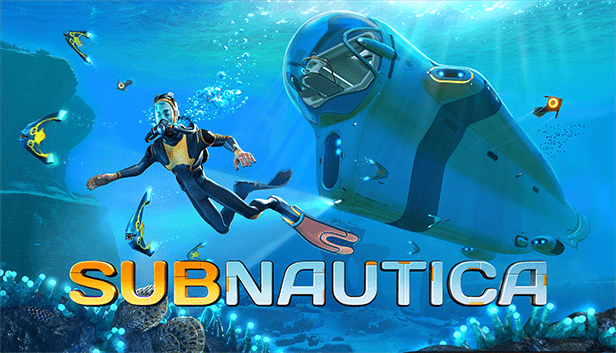 Keep Talking and Nobody Explodes

Great fun for groups of any size, Keep Talking and Nobody Explodes is a party game that only requires a single VR headset to play. As the player, your objective is to defuse a bomb in virtual reality, but defusal instructions have to come from your friends in the real world.

Keep Talking and Nobody Explodes’ unique premise has garnered a sizable following since release. Confusion and hilarity begin to take over as each player takes a turn with the headset. While the rest of you attempt to guide defusal, your friend has to deal with the risk of a fiery and explosive end. Keep Talking is a blast to play, in every sense of the word.

If longevity is what you’re after, Until You Fall offers near-infinite replayability. This roguelite hack-and-slash lets you parry and slice your way to victory through a large variety of procedurally-generated levels.

Dying becomes ever more likely the further you progress, but you don’t have to start over from scratch if you hit the dirt. Any upgrades and skills will carry over to your next run. With rewards, pickups, and even enemy configurations all completely random in every run, Until You Fall never fails to surprise and entertain.

Easily one of the best sports games for VR, Eleven: Table Tennis is the perfect game for table tennis enthusiasts. You don’t have to be an enthusiast though, Eleven appeals to all sports fans with realistic graphics and practical physics.

Grab a virtual paddle and smash some digital balls, against friends or an AI opponent. There’s a full multiplayer mode, with ranks to gain and leaderboards to climb. You can also play beer pong or a few other party games. Eleven: Table Tennis has a little something for everyone, and is a great addition to any VR library.

Unlike Bethesda Softworks’ successful VR ports (Skyrim and Fallout 4), Asgard’s Wrath isn’t a VR remake of an older RPG. Built from the ground up with VR in mind, this full-fledged action RPG is full of characters, sidequests, and everything else you’d expect to find in a AAA title.

Based on Norse mythology, Asgard’s Wrath is Viking glory at its best. Providing over 20 hours of exciting content, Sanzaru Games has created a title worthy of recommendation to any action-adventure fan. 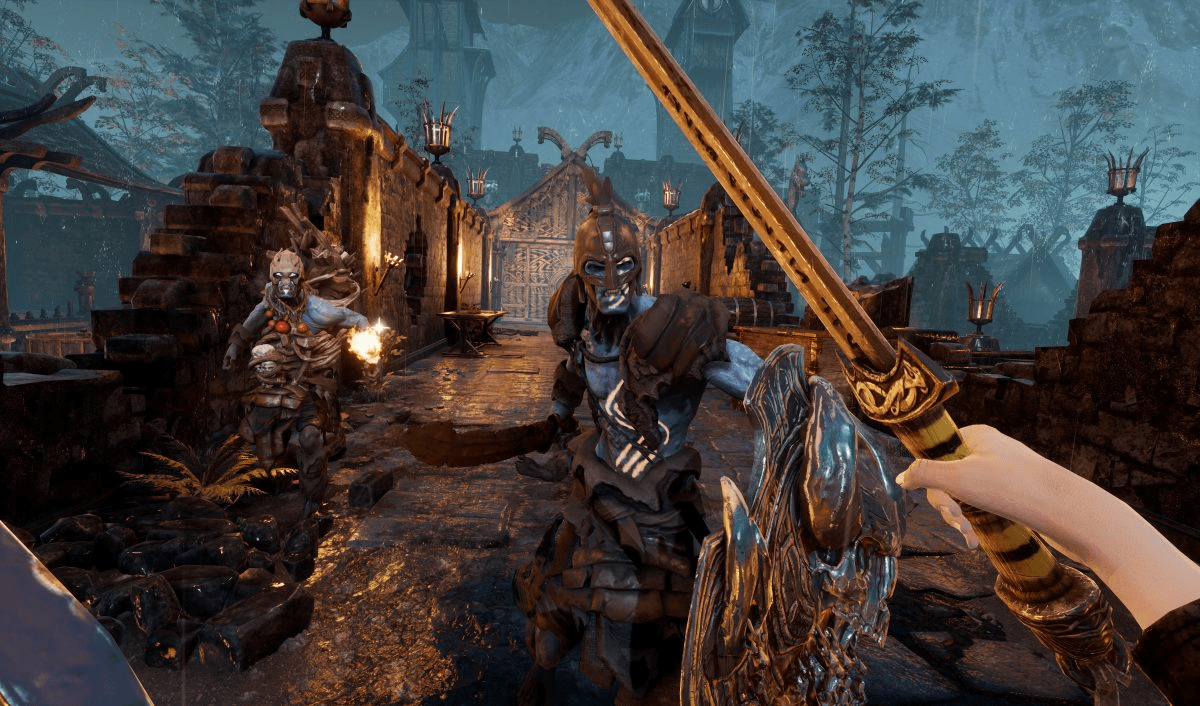 Take rhythm-based games like Beat Saber and Thumper, add some guns and bad guys, and you’ve got Pistol Whip. Fast-paced and adrenaline-filled, Pistol Whip is a game about smooth style and fluid action.

Become an action hero as you clear rooms and corridors filled with a variety of enemies. Abstract and creative visuals pulse to the beat of the catchy EDM soundtrack as you progress. This is a rhythm game for the new generation, a well-crafted synergy of visual and auditory delight.

Compete on racetracks of the future in Wipeout’s Omega Collection for VR. With updated graphics, sound, and physics, this collection of three individual Wipeout releases is a perfect fit for VR tech.

Strap yourself into a machine of pure speed, and get ready to take on AI and human opponents. Choose from over 40 ship designs and dash through more than 20 circuits. This is Wipeout like you’ve never seen it before, the evolution of a decades-old classic.

One of the most ambitious VR games ever made, Half-Life: Alyx is a showcase of what virtual reality technology can do. Explore level after level of intricately detailed environments, and immerse yourself in one of gaming’s most revered stories.

Fans of the Half-Life series have had to wait over a decade for a sequel to the second game, but if reviews are anything to go by, Valve’s masterpiece is one of the highest rated video games on any platform, ever.

Nothing comes close to the immersion that VR can provide. With the added interactivity of video games, it’s easier than ever before to get lost in a world of your choosing. Whether you’re craving some run-and-gun action, fun with friends, or a bit of peace and quiet; we hope our list has showcased something you’ll enjoy.