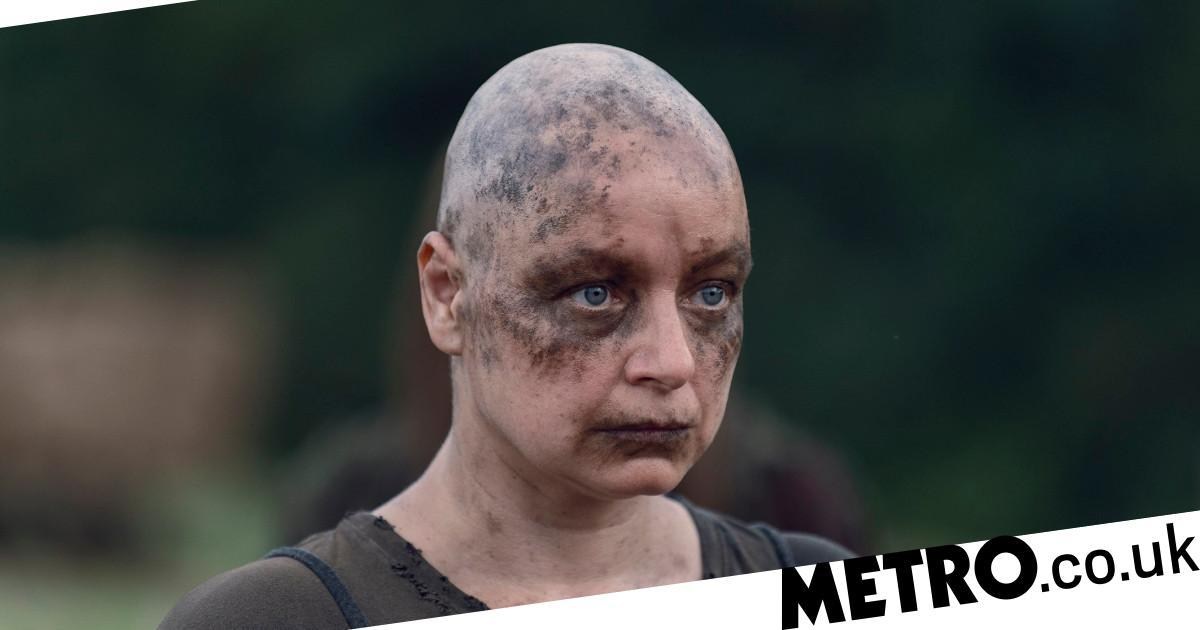 **Warning: This article contains spoilers for The Walking Dea. Read at your own risk.**

Samantha Morton injected life back into The Walking Dead when making her debut as Alpha just last year.

Her time on the show was short (but definitely not sweet) as she wreaked havoc on the Alexandrians – killing a handful of our favourite characters.

But while she might have terrorised viewers with her murderous ways, it was also the 43-year-old’s look that sent shivers down our spine.

With her mask made out of zombie flesh wrapped around her bald head, with black, sunken in eyes and no eyebrows, Alpha’s appearance was enough to give anyone nightmares.

And it turns out the actress is struggling in lockdown after shaving off her hair, as she’s still figuring out how to style the regrowth.

When appearing on her co-star Jeffrey Dean Morgan’s new reality show, Friday Night In With The Morgans, the mum-of-three said: ‘When they shaved my eyebrows off, I thought, “Oh, it’s fine. Whoopi Goldberg looks amazing.”

‘I do not look fine with no bloody eyebrows at all!’

Asking viewers for help, Samantha went on: ‘If anyone watching out there has some ideas for Sammy Morton’s hair, please let me know.’

Sam starred alongside Jeffrey in the AMC hit, seeing the pair quite literally get down and dirty as their characters Alpha and Negan hooked up in the woods.

Norman Reedus, who plays Daryl, addressed the rather toe curling sex scene when chatting with Entertainment Weekly just days after the episode dropped.

‘I do remember when that was written and I was like, “Jeff!” And he’s like, “What? What? Samantha doesn’t want to get naked so I don’t really have to get naked,”‘ he laughed.

‘He was just stumbling on his words and I was like, “You know what? I’ve been butt naked on this show several times in front of everybody!’

‘He ends up wearing this like flesh-coloured ballerina bottoms and these ballet bottoms,’ he quipped: ‘And not only that, then he’s got like a beige coloured diaper on top of that!’

The Walking Dead season 10 finale is set to drop onto AMC and NOWTV later this year.

MORE: KSI feels the wrath of BTS army as he jokes they’re not ‘real fans’ after his album beats Suga to number one

MORE: The Big Bang Theory props were all microchipped on sitcom’s set so they couldn’t be stolen