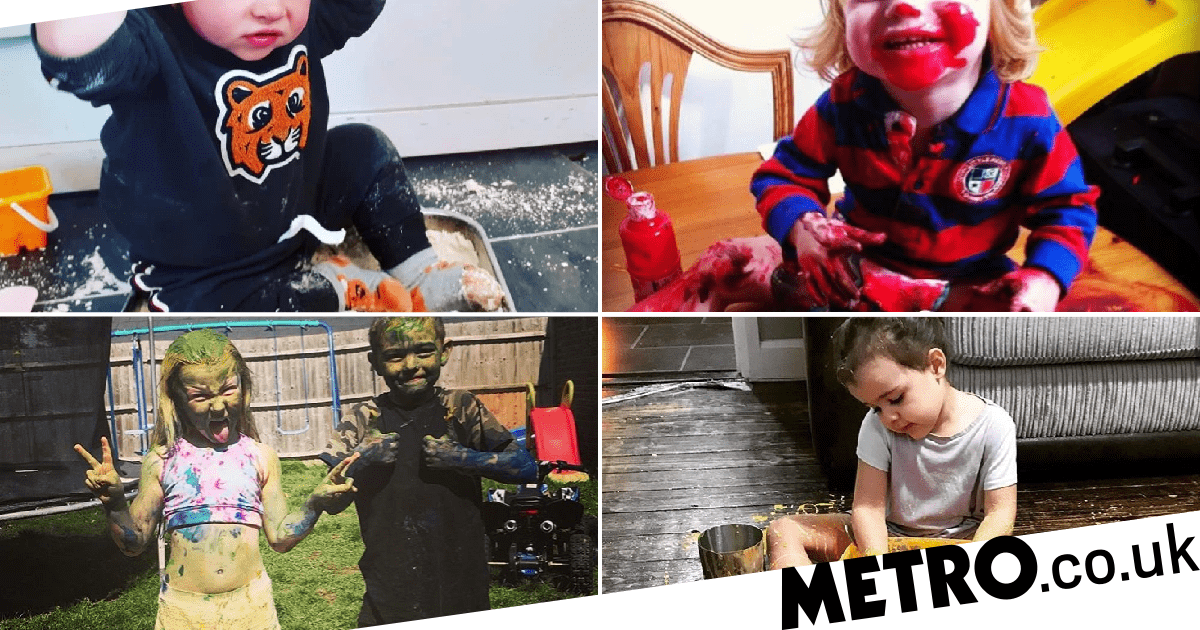 The main people thriving during this whole lockdown thing seem to be mischievous children, who are getting into all sorts while stuck at home.

And although we adults end up being stuck with clean-up duty, we can’t help but laugh at the ridiculousness that ensues when little ones get a cheeky glint in their eye.

A survey by kitchen towel brand Regina recently found that childhood antics had increased during lockdown, with 44% of parents surveyed saying their kid had tipped food all over themselves and 33% of parents having had to clean up a felt-tip drawing on the sofa.

Next on the list of top messes British children had been making include clothes covered in mud, make-up smeared everywhere, living room walls given the pen drawing treatment, and glitter.

Now we remember the infamous YouTube baby that covered himself in peanut butter, but it appears that our children have more expensive taste, with over a quarter of them covering themselves head to toe in face creams or other high-priced lotions.

Parents have been sharing some photos of their messy menaces, with everything from porridge to paint being smeared everywhere.

While the aftermaths of each scene is likely to be a nightmare to clean up, we just know that it’s hard to stay mad when they look so hilarious.

And despite the fact four out of five parents say that when their child is being quiet, they have a sense of dread, 61% said that when facing a mess, they are more likely to laugh than cry.

93% of parents say they would rather have messy but happy kids over bored yet clean children. As the old saying goes, ‘a dirty child is a happy child’ and ‘there’s no point crying over spilled milk’.

Psychologist Emma Kenny who was involved in the survey said, ‘The findings demonstrate that whilst every parent wishes that their child came with a stain-free guarantee – and in spite of spending nine hours every week tidying up after them – they still feel that messy play is an imperative part of childhood.

‘Many studies have shown that a happy child thrives in their environment through creative expression. Young children do this through messy play as it is firstly fun, and secondly a fantastic way to change the environment around you.

‘Whilst parents can often find cleaning up after their children frustrating, and a little exhausting, they also understand how important a sense of freedom is for their little ones.

‘Children see the world as a large playground and that is what makes the fleeting years of childhood so special. Mud pies, mucky clothes and faces covered in dirt are commonplace for happy kids.

‘Whilst this is understandably annoying for parents trying to keep a lovely home, it is symbolic of a happy child, who feels safe enough to be creatively free to express themselves.’

‘This study shows that cleaning up can be stressful, but creative and messy play is actually good for our kids,’ says Rosa Carpanini from Regina Blitz who commissioned the research.

Send them in at MetroLifestyleTeam@metro.co.uk.

MORE: Get ready for a cruelty-free staycation in Margate at this new vegan hotel

MORE: My husband is dying, and caring for him is an act of love