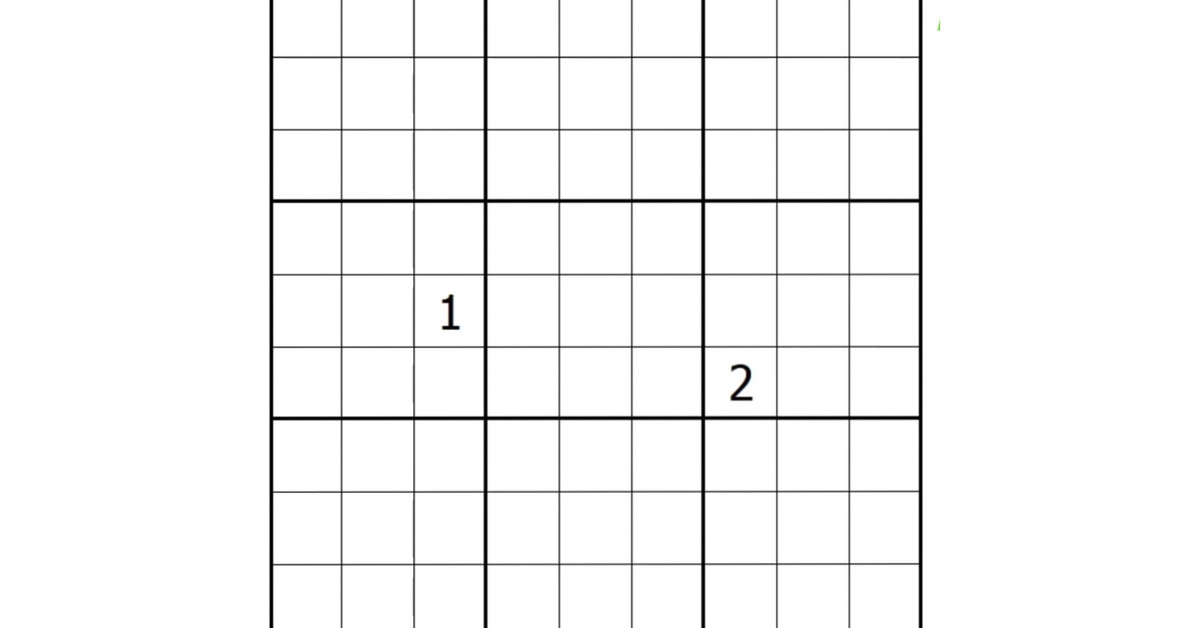 I didn’t go into today thinking that I would be awed by a sudoku puzzle. But after a tweet popped up on my timeline promising that I would not only watch a man spend nearly half an hour solving a puzzle, but that it would be “the highlight of my day,” I was intrigued. The result is one of the most incredibly satisfying videos I’ve ever seen.

The man in question is Simon Anthony. He is one half of the sudoku YouTube channel Cracking the Cryptic, which posts several videos a week walking through some of the hardest and most interesting sudoku puzzles in the world.

You’re about to spend the next 25 minutes watching a guy solve a Sudoku.

Not only that, but it’s going to be the highlight of your day.https://t.co/gnuI31x0PT

The video sees Anthony facing what appears to be a nearly impossible puzzle —“The Miracle,” created by Mitchell Lee — that his co-creator, Mark Goodliffe, had sent to him. It isn’t quite an ordinary sudoku puzzle. In addition to the usual rules of the popular numerical puzzle game (where the numbers one through nine must appear in each row, column, and box only once), there are a few additional rules governing where numbers can and can’t go.

At first, Anthony’s task seems insurmountable, even to him — there are just two numbers provided to him to work with, and he assumes that the entire thing is a prank that Goodliffe is playing on him. But he gives it some effort and, over the next 25 minutes, builds to a truly cathartic ending.

If you’re still not convinced, a YouTube comment chronicling Anthony’s reaction to the progressing puzzle really helps capture the scope of the video:

Even if you (like me) know nothing about sudoku, it’s simply a delight to watch Anthony slowly, carefully, and methodically think his way through the puzzle in what becomes a high-stakes human drama, even as the stakes couldn’t be lower. It’s a promise that even the most impossible-looking challenges can be solved — and in today’s world, what could be more reassuring than that?