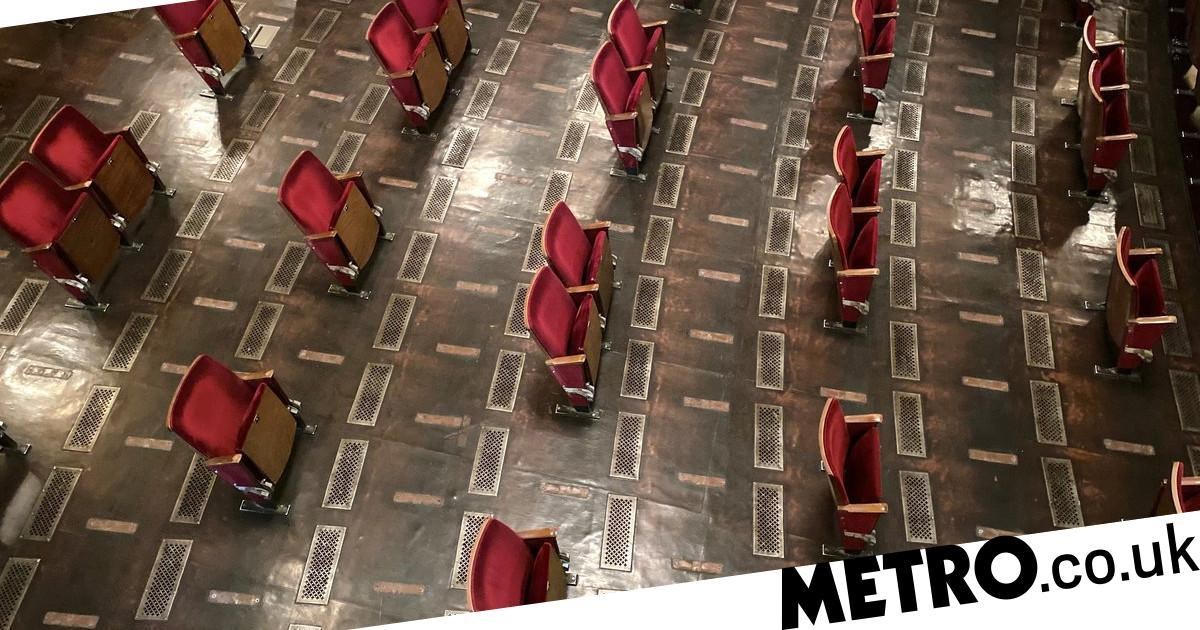 A theatre company in Germany has offered a first look at how social distancing will work when audiences return.

Normally there is space for around 700 people in the Theater am Schiffbauerdamm in Berlin – but, amid the coronavirus crisis, only 200 guests will be welcomed to watch plays at one time.

A picture posted to the Berliner Ensemble’s social media shows the bizarre circumstances theatre-goers will find themselves under, with seats arranged metres apart, in groups of one or two.

Speaking on Twitter, the theatre company said it would be the ‘new reality’ from when it reopens in September.

They added that all chairs were being refurbished and renovated, but would not reveal information about how booking tickets would work and how much they would be.

The picture, which received more than 2,000 retweets, provoked a mix of reactions from fans.

One person said the image made her sad as it looked ‘so unusual’, while another said: ‘I do not know if I should laugh or cry…’

Meanwhile, one Twitter user joked that it was his ‘dream’ to be as far away from other people as possible at the theatre.

The UK government has stated some hospitality businesses could reopen from 4 July – but this relies on infection and death rates staying low.

The Society of London Theatre has been unable to give a firm date for the reopening of all West End theatres, saying different theatres and productions are likely to reopen at different times.

It comes as Vue, one of the UK’s biggest cinema chains, sets out a plan to reopen cinemas using social distancing measures.

In a statement, Vue said families would sit together apart from strangers to watch films, while screening times would be staggered and enhanced cleaning would be put in place.

It read: ‘We have been liaising closely with authorities across Europe to design operating procedures that can provide the degree of social distancing required and allow an experience for our customers and staff that is as safe as possible.’

Bosses at Cineworld have stated they are monitoring the situation and cannot provide a firm date for reopening.