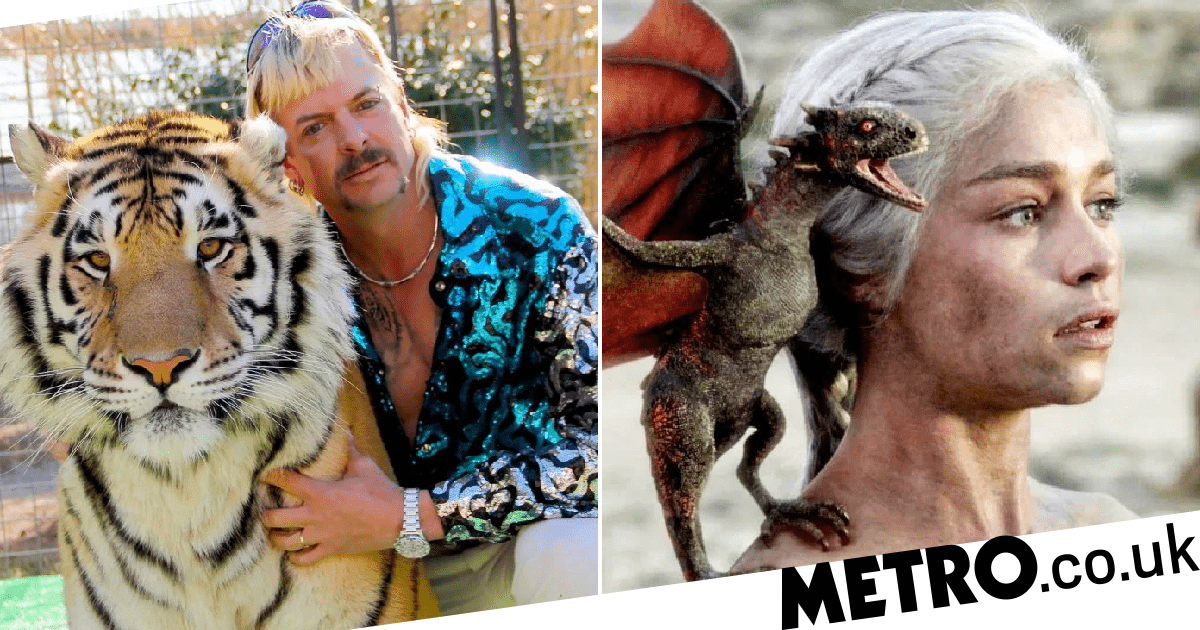 If you’ve ever wanted to see Tiger King and Game of Thrones mashed up, then now’s your chance.

Despite the two shows being true opposites – one a Netflix true-crime documentary about a zoo, the other a HBO high-fantasy epic – one mad genius (namely, Youtube user Jed Segovia) has taken the two and smushed them together in a pretty epic mock-opening titles sequence.

Segovia said that ‘[Tiger King had been described] as a red-neck Game of Thrones, so I went and made it.’

Now, you can be transported not the the far-away, fantastical land of Westeros, but to the not-so-far-away land of G.W Land. Home not of dragons, castles and cut-throat aristocrats, but lots and lots of exotic animals.

Just as Thrones’ titles swooped in and out of settings of the show – such as King’s Landing, Winterfell and The Wall – so does this video take us to some of the most important places in the Tiger King Cinematic Universe, from Joe’s G.W Zoo, to Carole Baskin’s Big Cat Rescue sanctuary.

All of this is soundtracked by Ramin Djawadi’s iconic score to give the topic matter the gravitas it deserves.

Basically, well done to Jed, we are now going to re-watch both Tiger King and Game of Thrones again, simultaneously.

The Tiger King himself, Joe Exotic – real name Joseph Maldanado-Passage- is currently serving a 22-year jail term for the attempted murder-for-hire of Carole Baskin, as well as various accounts of animal abuse.

His husband, Dillon Passage, has recently launched a petition to get Exotic pardoned by US President Donald Trump.

Meanwhile, today is exactly one year since Game of Thrones came to its final end with the last episode of it eighth season.

With its finale being hugely divisive (some may say legacy-ruining), we got in touch with a host of super-fans, to find out how they thought the high-fantasy epic should have ended.

Tiger King is available to stream via Netflix. Game of Thrones seasons 1-8 are available via NOW TV.