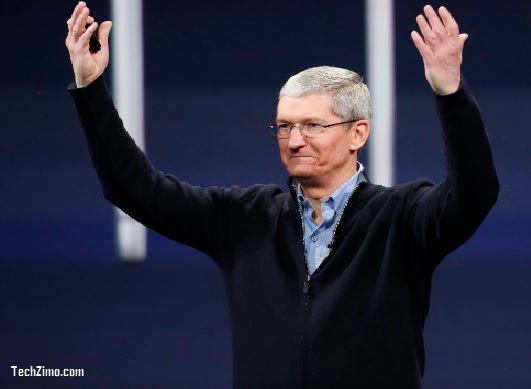 Apple CEO Tim Cook amped up his criticism of Facebook on Friday, saying that no one should be allowed to collect detailed information on people and use that information against them.

Apple CEO Tim Cook gave a slap at the business practices of Big Tech rivals during an impassioned speech speaking at the CPDP 2021 on International Data Privacy Day.

Without naming any names, took a dig at Facebook for its practices. Cook said no information is too private or personal to be collected and then monetized by targeting the consumer.

He said, “The end result of all of this is that you are no longer the customer, you’re the product.”

Cook talked about a new paper called “A Day in the Life of Your Data” which Apple released recently and it reveals how everyday apps contain an average of six trackers. “This code often exists to surveil and identify users across apps, watching and recording their behavior,” he explained.

Cook did not take the name of Facebook or any other company. But his remarks left little doubt that his missives were aimed at the social media sites that have been criticized for enabling conspiracy theories, hate speech, and political misinformation that culminated in the Jan. 6 . insurrection that overtook the U.S. Capitol while Congress met to confirm the election of President Joe Biden.

The war took place between the CEOs of Apple and the iPhone due to the implementation of new Privacy Policies. Now, Apple is making changes that threaten Facebook’s business — and the fight has intensified.

Early next year, Apple plans to start a feature for iPhone owners to choose whether to allow companies to track them across different apps. Apple has already implemented one update that shows orange and green dots on the status bar when an app uses a camera or microphone.

Also read: YouTube Shorts to be launched in other countries soon