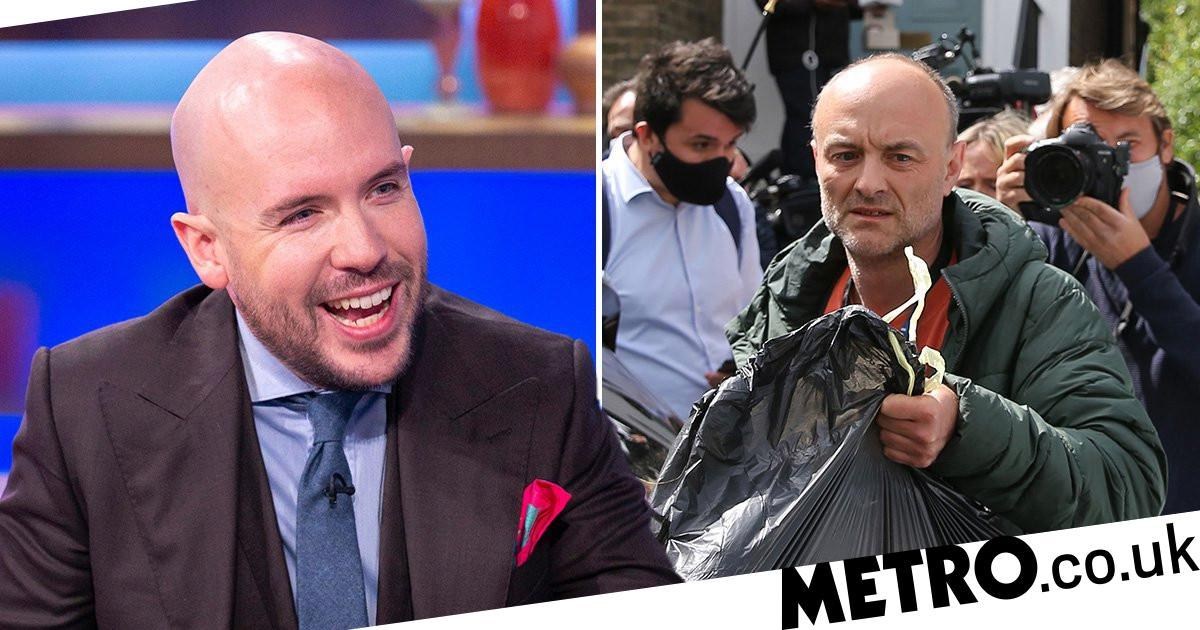 The comedian appeared on the cooking show to talk to hosts Simon Rimmer and Tim Lovejoy about all things Bake Off: The Professionals.

And while Tom was chatting to Tim about the show, he couldn’t help but make a slight dig at Mr Cummings as he said: ‘Ohh I felt like Dominic Cummings’ as he referred to being back in the studio opposed to doing an interview via video-link.

His comments were sparked after he was invited on to Sunday’s show, which aired its first live instalment from the studio in weeks, although under social-distancing guidelines.

‘Oh I am good thank you very much, isn’t it lovely to be out and about,’ he said to Tim at the beginning of the interview.

‘It’s so nice to be out and about you know, isn’t it lovely.’

Tim awkwardly laughed as he replied: ‘This is the wrong channel for politics.’

While another viewer added: ‘Tom Allen on getting to come into the #SundayBrunch studio in person “ooh I felt like Dominic Cummings”.’

It comes after Mr Cummings appeared to break lockdown guidelines after he did a round-trip to his parents’ house.

Despite clear advice at the time to ‘Stay at Home, protect the NHS and save lives’, Mr Cummings did not stay at home – he travelled more than 260 miles to his parents’ house.

Government guidance remains that anyone showing symptoms should self isolate at home for seven days and family members for 14, but — despite Mr Cummings’ wife Mary Wakefield showing symptoms of coronavirus — the couple drove to Durham with their young child. It is unclear if they stopped on the way.

Sunday Brunch airs on Sunday at 9.30am on Channel 4.