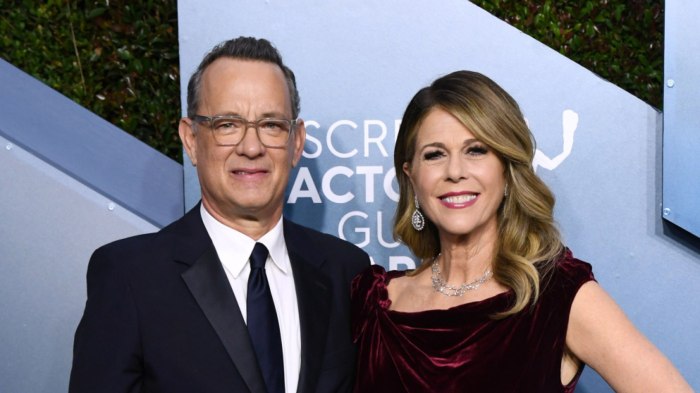 Tom Hanks and Rita Wilson are back home in the U.S. after they revealed they had contracted coronavirus and were quarantined in Australia.

Hanks gave an update on Twitter Saturday morning, thanking everyone who had helped them in Australia and assuring people that they are still isolating themselves in the U.S.

“Hey, folks…We’re home now and, like the rest of America, we carry on sheltering in place and social distancing. Many, many thanks to everyone in Australia who looked after us. Their care and guidance made possible our return to the USA. And many thanks to all of you who reached out with well wishes. Rita and I so appreciate it,” Hanks wrote.

On Monday, Hanks gave an update saying that he and Wilson were feeling better and recovering from their symptoms after they were diagnosed two weeks earlier.

Hanks had been filming Baz Luhrmann’s Elvis Presley biopic in Australia when the couple received their diagnosis. The actor plays Col. Tom Parker, the legendary singer’s manager. Production on the film was shut down after the news of his positive diagnosis.

Hanks and Wilson were the first celebrities to reveal that they had contracted coronavirus, which happened on the same day that NBA player Rudy Gobert was also tested and the basketball season was suspended. Since then, Idris Elba, Andy Cohen, Kristofer Hivju and more have also tested positive.