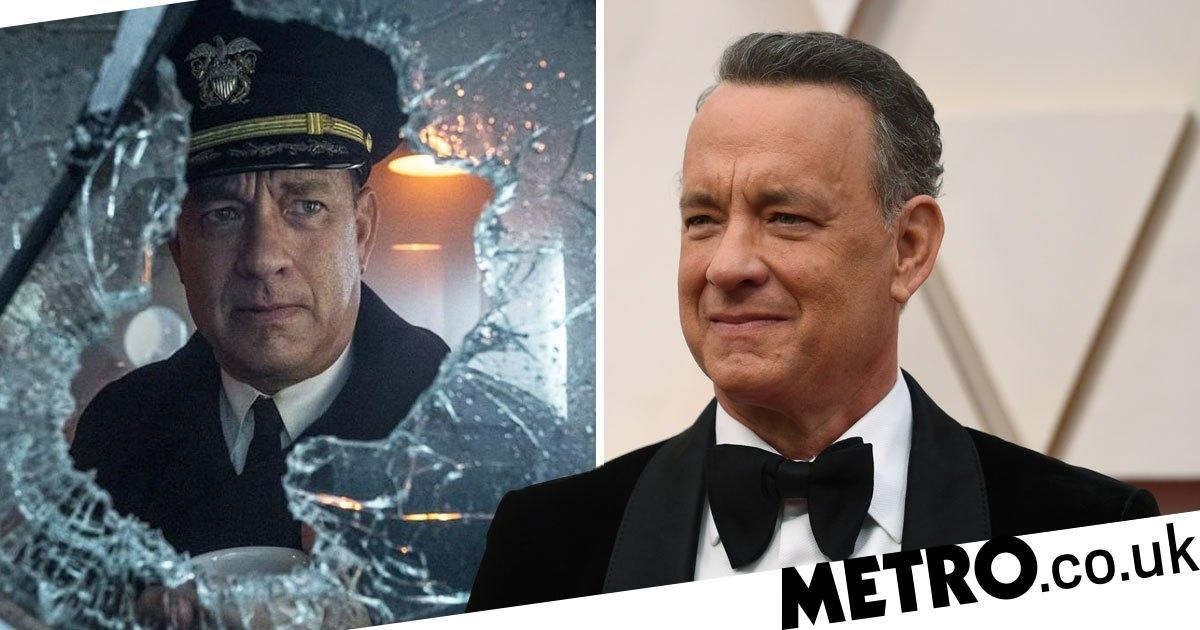 Tom Hanks’s latest movie, Greyhound, will premiere on Apple TV+ rather than in cinemas due to the restrictions caused by the coronavirus pandemic.

The WWII naval drama was originally slated for release in cinemas on 19 June, but a new release plan had to be made as cinemas around the world remain closed due to social distancing measures required to slow the spread of the virus.

This has meant many film releases slated for Spring and Summer have been postponed, but rather than put Greyhound off for months, the movie will be released on the streaming service instead.

It will be the biggest feature film commitment made by Apple to premiere on Apple TV+ according to Deadline, premiering in over 100 countries, with the deal reportedly costing $70million (£57million) after a bidding war between multiple streaming services to host the movie.

Greyhound will see Tom play George Krause, a career officer given command of a Navy destroyer, Greyhound, during the battle of the Atlantic.

Set in the earliest stages of the USA’s alliance with England and the Free Forces, Tom’s character has to fight with his own self-confidence as well as the enemy.

While the coronavirus pandemic isn’t slowing down the release of his upcoming movie, Tom Hanks had more than a close call with the virus.

He and wife Rita Wilson were the first celebrities who were confirmed to have contracted coronavirus after they fell in Australia and tested positive.

Tom had been in Australia filming for the upcoming Elvis Presley movie directed by Baz Luhrmann when he started experiencing symptoms.

He and his wife were quarantined until they recovered, and thankfully both overcame the virus.

MORE: Tom Hanks and his big ol’ bag of plasma are here to save the world from coronavirus

MORE: Only Tom Hanks can manage joke about coronavirus vaccine as he donates own blood