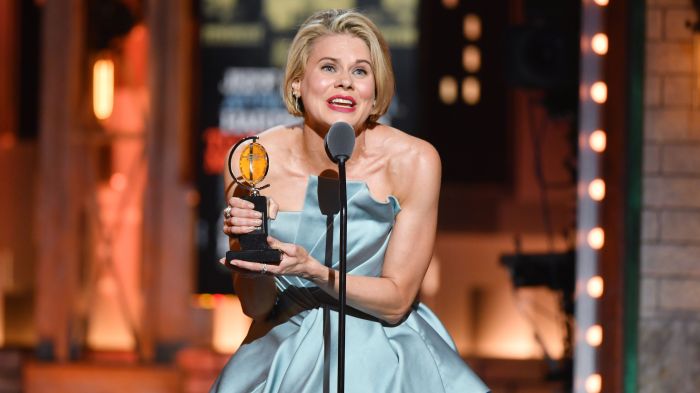 The Tony Awards are the latest industry event to be postponed because of the coronavirus pandemic.

The American Theatre Wing, which backs the show, announced on Wednesday that the 74th edition of the annual celebration of the best of theater will be pushed back indefinitely. The ceremony was originally scheduled to air live on CBS, from Radio City Music Hall in New York City, on June 7. However, Broadway has been closed since March 12 due to the coronavirus pandemic, with producers tentatively setting April 12 as the date that theaters will reopen. That may have been optimistic given that the number of COVID-19 cases continues to grow and New York City is at the epicenter of the public health crisis.

“The health and safety of the Broadway community, artists and fans is of the utmost importance to us,” the American Theatre Wing said in a statement. “We will announce new dates and additional information once Broadway opens again. We are looking forward to celebrating Broadway and our industry when it is safe to do so.”

Many theater insiders expected that the awards show would not move forward as planned. The calendar was not on the show’s side — April 23 was supposed to be the cut-off date for shows eligible for Tony contention and nominations were slated to be announced on April 28. However, many plays, such as “Who’s Afraid of Virginia Woolf?” and “Hangmen,” which were expected to be contenders, instead opted to close before officially opening. It was too uncertain when Broadway would be back in business and many of the cast members had other commitments. Other spring productions, such as “Caroline, or Change,” have been pushed back to the fall.

The Tonys aren’t the only awards show upended by the global pandemic. The Olivier Awards, the U.K. theater industry’s highest honor, were originally supposed to take place on April 5. They have been canceled.