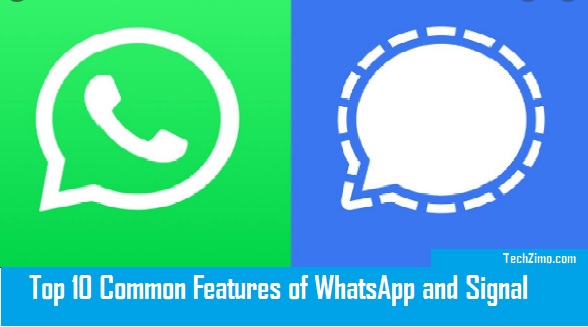 After WhatsApp made its new privacy policy mandatory for the users. The users in India are trying to find the alternative of cross messaging App- Signal.

Users are moving on to rival services like Signal and Telegram. It has emerged as the top app on Apple App Store, followed by Telegram. According to Sensor Tower data, downloads of Signal have jumped 79% in India between January 1-6 2021 compared to December 26-31, 2020.

The signal is a cross-platform messaging app just like Facebook-owned WhatsApp or Telegram. You must have heard a lot about the app in the news lately. It has become the top downloaded app on both the Google Play store as well as Apple App Store.

People are moving towards the Signal app in large numbers. The reason behind this is that. people are not happy with WhatsApp’s new privacy update. Besides this, Signal also has many features that are not available in WhatsApp, like “note to self feature”.

The signal app also allows users to relay their voice calls to app servers to conceal their identity from their contacts.

Also read: WhatsApp vs Signal vs Telegram: Which Messaging App is More Secure

Also read: Signal Is About To Get More Money To Make the WhatsApp Rival Better, Thanks To Elon Musk

Related Topics:Top 10 Most Common Features of WhatsApp and Signal.